The Forgotten Boy at Carlsbad Caverns

One staff member reflects on how the stories of Latinos are told — or not told — and how we can do better at preserving this history.

When my colleague Jerry first learned about Carlsbad Caverns National Park, he came across a tale about the caverns’ discovery. A 16-year-old named James White and a “Mexican friend” climbed down a hole in the ground in 1898, he learned, and the two began mapping one of the largest cave systems in the world. It’s an amazing story. But when Jerry first heard it, he questioned why someone who contributed so much to the modern understanding of this amazing place remains an unnamed “Mexican friend.”

Why didn’t historians record and preserve the friend’s identity? Why didn’t someone deem that information important? Who gets to tell the story of Latinos in the U.S.? What other stories are we missing? 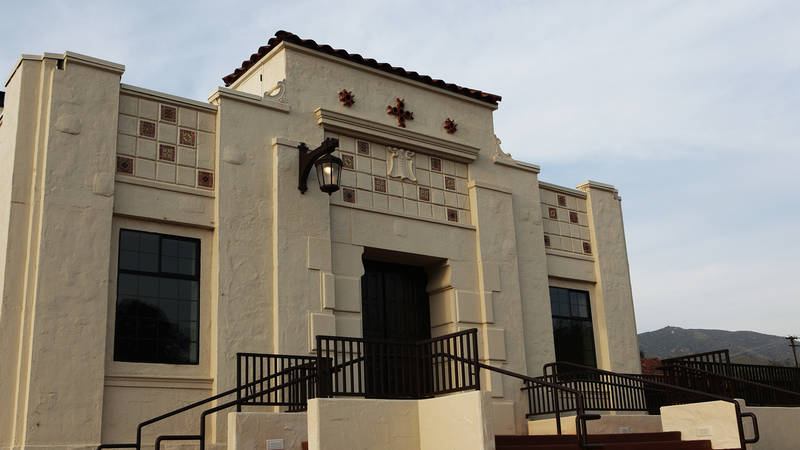 Establishing the César E. Chávez National Monument Was Only the First Step

There is more work to do to honor one of our country’s most important civil rights and labor rights leaders and create a more inclusive park system for all.

The name of James White’s exploring partner from over a century ago may now be lost to history. So were the stories of explorers before them. Evidence shows that Mescalero Apache and Spanish conquistadors occupied the Carlsbad area of southern New Mexico as early as the 1500s, likely even earlier. Indigenous paintings on the southern wall of the natural entrance to Carlsbad Caverns predate the Mescalero Apache and the Spanish by centuries. Mortar holes and artifacts near the mouth of the entrance show that people were long aware of the caves. However, we continue to teach the contemporary narrative of a teenager stumbling on them, and even within this narrative, there is a nameless friend with a forgotten history. White rightfully deserves credit for being the first person to promote and provide tours of Carlsbad Caverns, but attributing the discovery to him overlooks the contributions of everyone who came before him — and alongside him.

People of color have long been left out of important accomplishments in exploration, discovery and achievement. Edmund Hillary is widely known as the first person to summit Mount Everest, but Nepali Sherpa Tenzing Norgay, who guided Hillary, is not. Robert Edwin Peary was long celebrated as the first person to reach the North Pole, when in fact a Black man named Matthew Henson served as a scout and drove dog sleds on the expedition and is now recognized as having left the first footprints and planted the American flag on what the team believed was the magnetic pole.

People of color, including my colleague Jerry and me, should not have strain our eyes to see our own history — not in far-flung lands, and not here, in a nation so rich with the contributions of so many.

For too long, U.S. historians — intentionally or not — have erased the identities of people of color who have contributed to the history of this country. Latinos, among others, have been made invisible, despite comprising the largest non-white population and the largest non-white voting group in the country.

September 15 to October 15 marks National Hispanic Heritage Month, a time to celebrate the histories, cultures and contributions of Americans of Latino ancestry. Yet even the name of this month is inadequate to describe the diversity of our community and the range of identities we encompass.

Many of us do not use or even like the term “Hispanic.” And we are anything but monolithic. Our identities upend constructs of race as understood by many white Americans. Latino is an ethnicity, not a race; Latinos may therefore be of any race. The spectrum of terms Latinos in the U.S. use to describe themselves reflects the diversity of their origins, their immigrant experiences and the geography of their ancestors. Examples include Chicano (used by some Mexican Americans), Boriqua (favored by some Puerto Ricans), Afro-Latino (used across the African diaspora in Latin America), and, most recently, Latinx (a gender-neutral complement to Latino and Latina that I myself prefer).

This month honoring our many identities is also an opportunity to ask how our history is being preserved — and to demand that we as a nation do a better job.

Youth kayaked the Los Angeles River in California as part of Latino Conservation Week in 2019.

This includes the history in our parks. Of the 421 national park sites, only 19 have a primary focus on Latino history, despite the fact that Latinos have been here long before the 50 United States we currently know. Few U.S. Latinos are immigrants; 67% were born in this country. Schoolchildren learn about the Pilgrims at Plymouth Rock but hear very little, if anything, about the first colonial settlement by the Spanish in St. Augustine, Florida, home of the Castillo de San Marcos National Monument and near Fort Matanzas, which predated the arrival of the Mayflower by half a century. Spanish was the first European language spoken in this land, long before English became the norm.

We are also here and shaping the nation now. Within the 19 national park sites that interpret Latino history, César E. Chávez National Monument is the only place where people can learn the remarkable contributions of a contemporary American. The other 18 sites center on former Spanish colonies in Florida, the Southwest, the West and Puerto Rico.

In 2011, former Secretary of the Interior Ken Salazar, who is Mexican American, discussed the need to preserve more of this history, remarking that “less than 3% of all the national landmarks that we have … are designated for women, Latinos, African Americans or other members of minority groups. … That tells you that the score is not even.”

The education and training center for the United Farm Workers Union at the César E. Chávez National Monument.

He added that much of Latino history is “being told now through the lens of what’s happening with the immigration debate.” Recognizing the opportunity to expand preservation efforts, he acknowledged that there is much more of this rich history that has never been told.

One year later, the National Park Service identified and designated several key sites as National Historic Landmarks, including the Hispanic Society of America Complex in New York City, an internationally renowned cultural and research center, and the U.S. Courthouse and Post Office in Los Angeles, an important site in Mexican American civil rights history. The Park Service also designated the César E. Chávez National Monument in Keene, California, which had served as the headquarters for the United Farm Workers of America.

In 2013, at Salazar’s urging, the Park Service released a study with more extensive findings. The agency surveyed the intellectual, political, scientific, religious, artistic, culinary, military, labor, business and medical contributions of the Latino community to American society. They are vast. From Dr. Severo Ochoa’s discovery in 1959 of RNA to the 38 Latinos who have been awarded the Medal of Honor, Latino contributions to this nation are indisputable.

But our park system has yet to catch up and reflect this. We do, however, have a new opportunity to preserve a darker side of our past, which serves as another important way to acknowledge and share the Latino experience in the U.S. 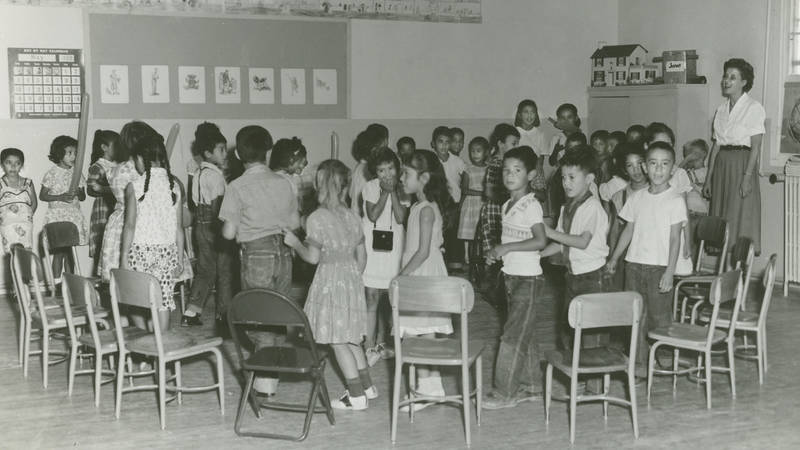 The Blackwell School houses the collective memory of the segregated school experience that existed everywhere across the Texas borderlands.

Earlier this month, members of Congress introduced legislation to establish a national park preserving the history of the Blackwell School in Marfa, Texas, a school where Mexican students received a segregated education from 1909 to 1965. NPCA has strongly supported efforts to include this site in the National Park System. The new park would underscore, in the words of NPCA’s President and CEO Theresa Pierno, “The unjust conditions imposed on Mexican American students … a reminder of the institutionalized racism embedded in our nation’s history.” It would also commemorate the resilience of a people. “Unfairly separated from their white peers and forbidden to speak Spanish, many Blackwell students rose above these conditions,” Pierno stated. “They became star athletes, musicians in the marching band, and straight-A students. They were the pride of their community.”

The complex yet compelling legacy of the Blackwell School deserves to be remembered for generations to come.

As the nation’s Latino community grows in size and political clout, we need to ensure that we do not lose more of our past. Our stories deserve to be preserved so that all Americans can understand, appreciate and honor them. Throughout American history, Latinos have built towns, developed industries, written poetry and novels, made art and music, preached on street corners and from pulpits, raised families, built businesses and labor unions, and supported critical national and international initiatives. We must think of how Latino culture has transformed our urban fabric — and how interpretation at current and future Latino-themed landmarks has excellent potential to enhance an inclusive narrative and provide more of what we’re currently missing.

The Latino experience is far too rich, too vast, too entwined in the American narrative to continue going unrecognized.