The Other Washington Monument

The marble obelisk on the National Mall is one of the country’s most famous structures — but it is not the oldest monument honoring America’s first president.

The Washington Monument in Washington, D.C. is the best-known monument to George Washington, but it isn't the only one — or the first one.

At 555 feet tall, the Washington Monument on the National Mall towers over every other building in Washington, D.C., and was the tallest building in the world when workers completed it in 1884. The soaring obelisk, designed to mimic the stone pillars in Egyptian temples, was constructed in two distinct phases, beginning in 1848.

Yet a smaller, humbler tower honoring George Washington in nearby Maryland predated even the earliest efforts to erect this giant marble and granite memorial in the nation’s capital.

The first completed monument honoring George Washington, now part of a state park in Maryland accessible via the Appalachian Trail.

On Independence Day 1827, hundreds of residents of the small town of Boonsboro dressed in patriotic clothes and marched for two miles to the top of a small local peak known as South Mountain while a drum and fife corps played spirited music. The townspeople proceeded to build the first 15 vertical feet of what would become a 56-foot-wide, 30-foot-tall dry-laid circular stone building with a spiral staircase. The townspeople completed the final 15 feet of the structure on a second work day several months later. The entire building was created with volunteer labor — and a celebratory spirit.

“The men seemed actuated by a spirit of zeal and ardor almost bordering on enthusiasm,” the local paper wrote on July 5, 1827, of the workers who volunteered until 4 in the afternoon on that first work day to haul and set the stones in place, many of which weighed more than a ton each. The residents concluded the day by watching several Revolutionary War soldiers fire three commemorative rounds in salute from the top of the structure. 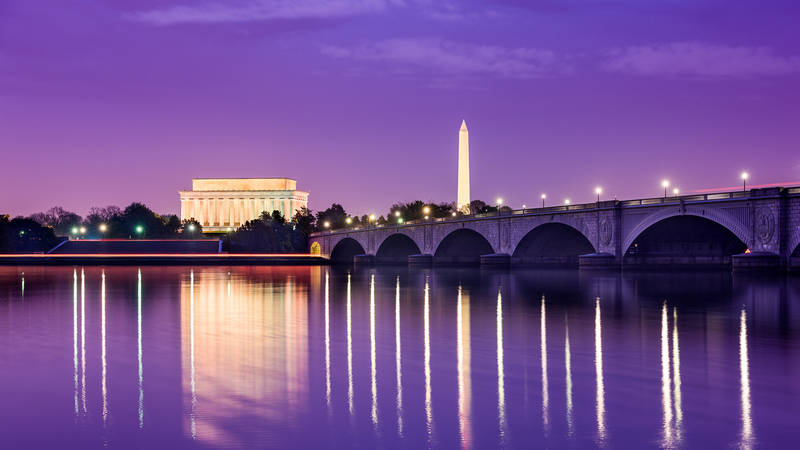 Unlike the better-known D.C. monument, which was plagued by funding problems and delays, cost nearly $1.2 million to build in 1884 dollars, and was likely constructed with slave labor, the Boonsboro monument was a labor of love that took under three months to complete from foundation to cornice.

The shape of the building was intended to resemble a Revolutionary War cannon — though its curves are more often compared to those of a milk bottle. Sitting at an elevation of 1,500 feet, the structure offers a captivating view of the surrounding countryside. In 1936, Boonsboro resident Harvey S. Bomberger poetically said the structure “forms a kind of crown to the mountain fold.”

Beloved by the town but not well-maintained, Boonsboro’s Washington Monument fell into severe disrepair in the years following its construction and had to be restored twice, most recently by the Civilian Conservation Corps in 1936. It was added to the National Register of Historic Places in 1972 and is now part of the 147-acre Washington Monument State Park. Visitors can walk the trail to the monument and read educational plaques along the way, then climb to the top to take in the area’s mountains and farmlands.

Fun fact: Maryland contains yet another Washington Monument that predates the historic structure on the National Mall. Workers began constructing a 178-foot memorial in Baltimore’s Mount Vernon neighborhood in 1815, a column of local white marble on a square base with a sculpture of George Washington at the top. Designed by Robert Mills, the same architect who designed the monument in D.C., workers completed the structure in 1829, just two years after the townspeople of Boonsboro erected their monument.