Two and a half years after illegally slashing Bears Ears and Grand Staircase-Escalante National Monuments, the president attempts to roll back protections at sea.

An octopus hides in the rocks in Welker Canyon near Northeast Canyons and Seamounts Marine National Monument.

Last Friday, President Trump signed a proclamation opening all 5,000 square miles of the Northeast Canyons and Seamounts Marine National Monument to industrial commercial fishing — a practice that goes against the very purpose of the monument, which promotes scientific research and protects a diversity of marine wildlife, including corals, fish, sea turtles, seabirds, sharks and whales.

The move could not have come at a less appropriate time, after more than 100,000 Americans have died from a global pandemic that is not yet contained, several states are experiencing spikes in new COVID-19 cases, more than 40 million Americans are unemployed and in need of assistance, and thousands of people are engaging in widespread anti-racism demonstrations across the nation. Even as the United States struggles with these serious crises, the administration is continuing to prioritize its agenda to roll back environmental protections on every imaginable front, including our oceans.

A sea star rests on a small bubblegum coral in Hydrographer Canyon at Northeast Canyons and Seamounts Marine National Monument.

Friday’s illegal move is not just an assault on marine life, it is a tone-deaf attack on American values.

There is no compelling argument the fishing industry needs this access

Last week’s proclamation will allow large-scale commercial fishing to operate within the protected monument, an area that was created to preserve rare underwater geology, encourage scientific exploration and research, and preserve the diverse marine wildlife populations within these important federal waters.

Since the creation of the monument in 2016, the commercial fishing industry has not been restricted in the number of fish it could catch in the region, only the area in which it could fish. Research has shown that ocean reserves with kill-free zones increase fish size and diversity, improving commercial and recreational fishing opportunities outside their boundaries and boosting the tourism economy.

A feather star, a type of marine invertebrate closely related to sea stars, hangs out on a deepwater coral on the south side of Mytilus Seamount at Northeast Canyons and Seamounts Marine National Monument.

There is no evidence that lack of fishing access in the monument has reduced the seafood harvest or harmed private businesses, including local crab and lobster fisheries, the industries deemed most likely to experience revenue impacts. A recent study of two separate marine monuments in the Pacific Ocean, Papahānaumokuākea and the Pacific Remote Islands, showed that longline fisheries, which catch bigeye tuna and other fish species, had experienced higher catch rates since these monuments were expanded in 2014 and 2016.

Why is the Northeast Canyons and Seamounts Marine National Monument important?

The Northeast Canyons and Seamounts is the first and only national monument in the Atlantic Ocean. Its boundaries were narrowly tailored to protect three underwater canyons, each deeper than the Grand Canyon, and the only four underwater mountains (known as seamounts) found along the Atlantic Coast, which rise higher above the seafloor than all the mountains east of the Rockies.

Together, these formations alter the ocean current and facilitate a process called upwelling. Through this process, winds push waters away from the ocean surface, and deeper, nutrient-rich water rises to replace the surface water, feeding the plankton that forms the basis of the entire ocean food chain. This monument supports the vibrant marine biodiversity of the Northeast, including the cod and tuna essential for local fisheries, at least 54 species of deep-sea corals, and endangered marine mammals, such as North Atlantic right whales.

A type of fish known as a Gaidropsarus at Northeast Canyons and Seamounts Marine National Monument.

Marine monuments can be an easy target for politicians because so few people get to experience these underwater preserves that advocates can be less aware about the importance of defending them. But the conserving our oceans benefits everyone. 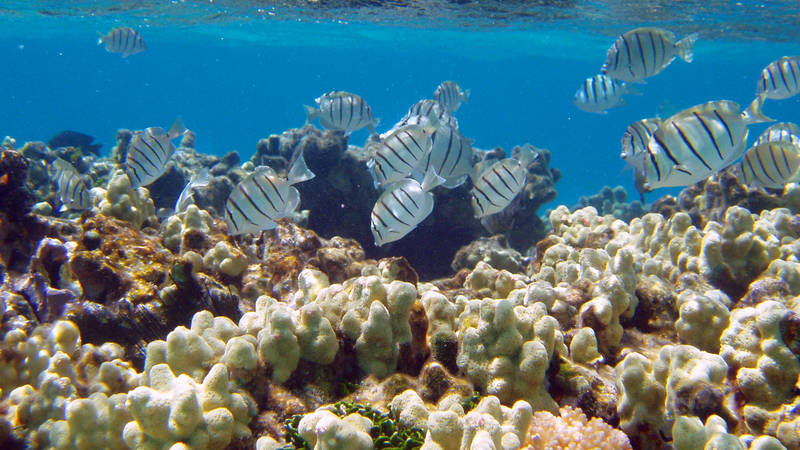 Sea fans (a type of coral) near the edge of a cliff wall in Oceanographer Canyon at Northeast Canyons and Seamounts Marine National Monument. Sea anemones, brittle stars and barnacles live among the branches of the corals.

NPCA staff strongly oppose this rollback, as we have opposed the administration’s gutting of Bears Ears and Grand Staircase-Escalante National Monuments in Utah in 2018 to allow drilling, mining and other extractive industries access to these formerly protected lands. All of these reversals violate the Antiquities Act, which allows presidents to create national monuments, including those in water, but does not allow presidents to remove protections on existing monuments.

NPCA will continue to leverage public advocacy, the support of our congressional champions and the legal measures available to us to defend Northeast Canyons and Seamounts and all of our threatened monuments.