A firsthand account of the devastation at Organ Pipe Cactus National Monument in Arizona.

U.S. Customs and Border Protection is plowing ahead with construction of a border wall at Organ Pipe Cactus National Monument in Arizona — literally — despite several pending lawsuits challenging the action, threats to wild land and rare species, and warnings from the National Park Service that the wall would put 22 archaeological sites at risk. 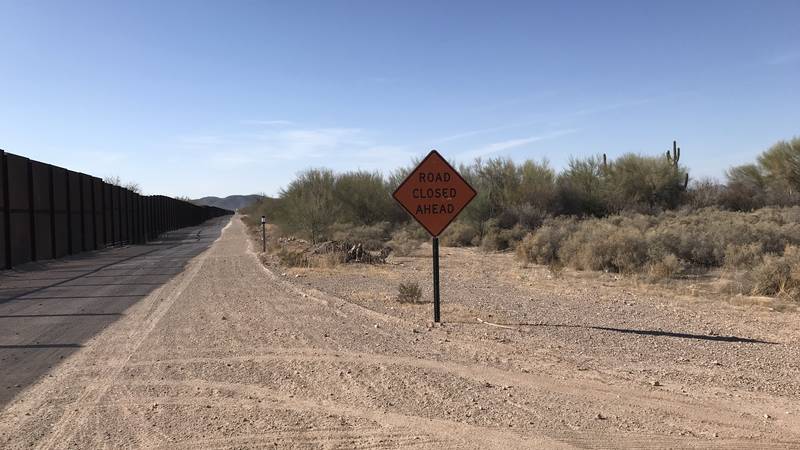 How a Border Wall Could Harm Two Desert Parks: A Closer Look

The federal government could soon install new bollard wall on portions of the southern border, including 78 miles of barriers near National Park Service land.

I visited the monument’s southern border earlier this month and was surprised to see what was happening. A bulldozer was scraping the landscape bare, including many of the park’s iconic saguaro cacti, preparing to install a new 30-foot wall to replace an existing barrier.

This expensive and unneeded new wall is destroying the very things our national parks were created to preserve and protect. I felt outrage and despair as I documented the destruction on my camera phone, capturing images that would soon receive widespread media attention.

A Path of Destruction Through a Wild Landscape

Organ Pipe Cactus National Monument is about 130 miles west of where I live in Tucson, Arizona, and about the same distance southwest of Phoenix. The park’s southern boundary includes 30 miles of the U.S.-Mexico border. All 30 miles already feature vehicle barriers and pedestrian walls. This existing infrastructure is now being torn up and replaced with a 30-foot bollard wall. One section of this wall is shown below, next to part of the existing vehicle barrier.

This new wall will block Sonoran pronghorn, javelinas, bobcats, mountain lions, federally threatened desert tortoises and other wildlife from accessing critical water supplies and migration routes. The all-night stadium-type lighting will affect the behavior of bats and other nocturnal animals and degrade the dark night skies.

This $10-million-a-mile stretch of border wall feels more symbolic than practical. It is widely acknowledged that Border Patrol and Park Service law enforcement rangers have achieved operational control of this area. Border traffic has steadily decreased over the last several decades. Most illegal drugs come through border towns, not across the desert.

This is not an issue of pitting national security against pronghorn, tortoises and cacti. The wall is carving a path of destruction through a unique habitat while adding nothing to national security.

Killing a Beloved Symbol of the Desert

When I visited Organ Pipe on October 1, I took the video above that shows a bulldozer clearing native vegetation from the landscape, including a saguaro it had toppled moments before. This saguaro is one of many that are being bulldozed and cleared into slash piles, a process that is quicker and cheaper than relocating and replanting them.

Saguaro are a national symbol of the desert, and many of us feel a special connection with these magnificent plants. Saguaro can live for more than 200 years, grow 40 to 60 feet tall and weigh more than two tons each. Desert residents love and cherish them and often take it personally when people harm them.

My video was shared by numerous news outlets over the past two weeks. Border Patrol has since released a statement claiming that workers are relocating saguaros they believe will survive and leaving the others for the bulldozer. Staff invited media to a press conference, although agents at the border had avoided speaking to a reporter who was with me on the day I witnessed the destruction. 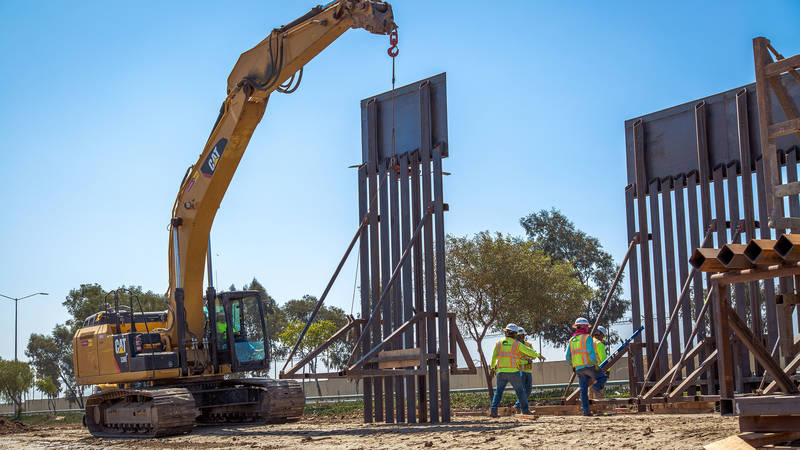 The Department of Homeland Security is waiving the following laws to build proposed sections of border wall in Arizona and California near national park lands.

The wall is being built after the secretary of Homeland Security waived 41 laws that would apply to any other federal project. It may be that workers will follow good practices — but the fact is that they don’t have to, and there is no transparency to the process. Construction in this lawless environment means work can continue with disregard for bedrock protections, such as the National Environmental Policy Act, the Endangered Species Act and the law that established the monument itself, and the public is not allowed to give or receive input on the process, as it would under normal circumstances. Consequently, the government is not seeking outside opinion from experts in transplanting large cacti, and workers are not employing techniques to increase the odds that transplanted saguaros will survive, such as staking them against winds that could blow them over after their extensive root systems have been ripped away.

A Rare Oasis in Danger

I was at Organ Pipe that day to show a reporter one of my favorite places, Quitobaquito Springs, an amazing desert oasis located less than half a mile from the southern border. Its very existence is threatened by wall construction.

In an area that receives only five inches of rain per year, a thriving aquatic ecosystem such as this is rare and special. People have depended on this water source for millennia, and diverse plant and animal species also rely on the springs, including the endangered Quitobaquito pupfish, the vulnerable Sonora mud turtle, the Howarth’s white butterfly and the Quitobaquito tryonia, a rare aquatic snail.

Construction plans at Organ Pipe could include drilling wells every five miles along the border to provide water needed to build the wall. These wells would reduce surface water and groundwater. Even if wells are not constructed near the springs, the wall’s deep concrete footers could disrupt the natural flow of groundwater in the area. Tearing up the landscape to build the wall will introduce invasive species that could crowd out the rare plants and animals at the springs. There is a very real chance we will irrevocably change this special place or lose it entirely.

More Than Just a Park

Organ Pipe Cactus National Monument has been near and dear to me for more than 40 years. I first visited the park in the early 1970s when I was living in Phoenix. Since then, I have spent many hours hiking and camping here and advocating to protect the park and keep its wilderness areas undeveloped.

This land is not just special to me and the many other visitors who spend time at the park. It is also part of the traditional landscape of the Tohono O'odham Nation, whose chairman and members have expressed outrage at the construction of this wall and the destruction of saguaro. The Tohono O'odham have special rights within the monument, including the right to gather plants. The wall will block a traditional pilgrimage that Tohono O'odham men make to gather salt from the Sea of Cortez for food and ceremonial purposes. The Park Service has identified 22 archaeological sites that will be impacted by the wall; the tribal chairman has said that this means government bulldozers are clearing land directly above Native American graves.

One of the laws that has been waived to build this wall is the Native American Graves Protection and Repatriation Act, which establishes procedures for what to do with Native American cultural items recovered during excavation on federal lands. It is possible that Homeland Security will follow this law (and others), but it begs the question as to why these regulations would be waived in the first place.

I am deeply concerned that the wall is destroying land and history that are important to so many — and that the public is powerless to stop it. I have worked with so many people for decades to defend and promote public visitation to this scenic, biologically rich part of the Sonoran Desert. This wall undoes years of work and is an insult and an outrage to people who love our country and value its nature and heritage.