She is a revered American hero — but there’s more to Harriet Tubman’s story than what we learn in school.

H. B. Lindsley/Library of Congress

Harriet Tubman was one of the most courageous and determined freedom fighters in U.S. history. She rose from a childhood of brutal abuse by slaveholders to emancipate herself, and she risked her life repeatedly to liberate others.

Next month and throughout the year, a variety of partners will recognize and host events in honor of Tubman’s 200th birthday, including a variety of speakers, tours and performances in Dorchester County, Maryland, where she was born. 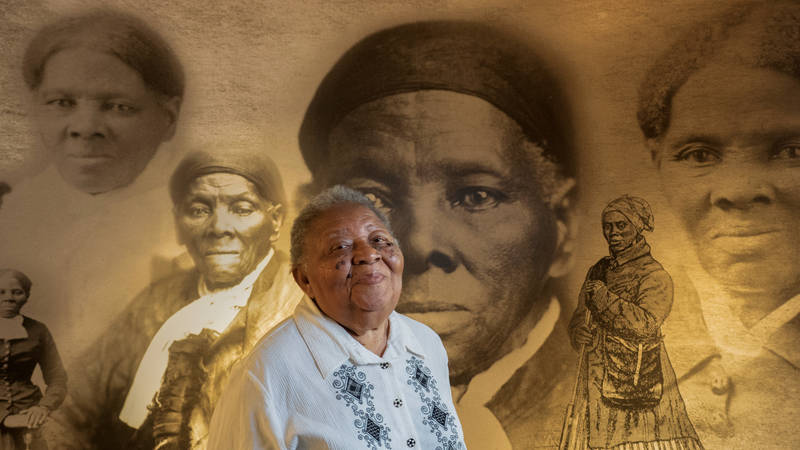 She taught them courage and endurance. Now, Harriet Tubman’s descendants can pay their respects at a park honoring the great liberator.

Tubman is best known as a conductor for the Underground Railroad, and her legacy is awe-inspiring. She liberated about 70 people on more than a dozen dangerous missions to slave-holding states in the decade prior to the Civil War, and she assisted many others with her knowledge of safe spaces and escape routes. “I never ran my train off the track and I never lost a passenger,” she later said of her experience.

Her bravery and activism did not end there, however. She was active in the abolitionist movement and served the Union Army in various capacities during the Civil War. After the war, she fought for women’s suffrage, raised money to build schools for newly freed people (known as freedmen’s schools) during the Reconstruction Era, and donated her home for the care of the ill and elderly. She lived a life committed to freedom and dignity for all people.

1. The person we know as “Harriet Tubman” endured decades in bondage before becoming Harriet Tubman. Tubman was born under the name Araminta Ross in 1822; her mother nicknamed her Minty. She lived on a plantation in rural Maryland, was hired out to work several grueling jobs, and was subjected to cruel treatment as a child and young adult. It wasn’t until her owners threatened to sell her in 1849 — as they had sold two of her sisters — that she decided to take matters into her own hands and escape. Before leaving, she adopted her mother’s first name and her husband’s last name — although her husband, a free Black man named John Tubman, refused to join her. She eventually traveled 90 miles on the Underground Railroad to Pennsylvania, a free state, under her new identity.

A historical marker near the place believed to be Harriet Tubman’s birthplace.

2. Tubman helped John Brown plan his 1859 raid of a Harpers Ferry arsenal, one of the major events that led to the Civil War. Tubman first escaped to Philadelphia, then relocated to Ontario after the Fugitive Slave Act became U.S. law in 1850. (The act threatened imprisonment for anyone caught assisting a fugitive and meant she was at greater risk of capture if she stayed in the U.S.) It was in Canada that she first met John Brown, an abolitionist who believed that if he armed enslaved people with weapons, it would lead to widespread revolts and an end to slavery. Tubman helped him plan his raid on a federal arsenal by recruiting supporters and sharing her contacts and information on escape routes in the region. Brown valued her knowledge and referred to her as “General Tubman.” He eventually formed a small army and took the arsenal at Harpers Ferry but was soon captured by Marines and sentenced to death. Many of the men who joined his raid were killed, including two of his sons. The act of resistance sharpened tensions between the North and South and served as a major catalyst for the Civil War. Tubman later said of Brown, “He done more in dying than 100 men would in living.”

3. Tubman helped to coordinate a military assault during the Civil War that freed more than 700 people from slavery. When the Civil War finally began, Tubman did not stand on the sidelines. She first served as a cook and nurse, then as a scout and a spy for Union soldiers in South Carolina. In June 1863, under the leadership of Col. James Montgomery, she served as a key adviser for an operation in Combahee Ferry, South Carolina, in which a regiment of soldiers, whom she led, set fire to a large plantation, forced Confederate soldiers to retreat, and used gunboats to rescue hundreds of enslaved people.

The Bucktown Village Store, where Harriet Tubman suffered a traumatic head injury at the hands of an overseer. The building is preserved to resemble its 1830s condition and is part of the Harriet Tubman Underground Railroad National Historical Park in Maryland.

4. Tubman underwent brain surgery in 1898 and chose not to receive anesthesia during the procedure. When Tubman was a child, an overseer hit her in the head with a heavy weight after she refused to restrain a field hand who had left his plantation without permission. She suffered severe trauma from the event and experienced headaches and seizures for the rest of her life. By the late 1890s, the pain in her head had affected her ability to sleep, and she found a doctor in Boston willing to operate on her brain. Instead of receiving anesthesia while the doctor cut open her skull and performed the surgery, she chose to bite on a bullet — something she had seen soldiers do during the Civil War when they suffered pain on the battlefield. It is unclear whether the surgery improved her condition.

Harriet Tubman’s residence and barn at the national historical park devoted to her later life in Auburn, New York.

5. Very few women have national park sites dedicated to them. Harriet Tubman has two. The Harriet Tubman Underground Railroad National Historical Park in Dorchester County, Maryland, interprets Tubman’s early life and features a visitor center with thorough and informative exhibits, the site of the plantation where Tubman was enslaved as a girl, and the general store where she suffered her traumatic head injury. The Harriet Tubman National Historical Park in Auburn, New York, tells the story of her later life and includes the house she owned and eventually donated to become a home for the ill and the elderly, as well as the Thompson Memorial African Methodist Episcopal Zion Church, which she raised money to build. Visitors can also see Tubman’s grave at a nearby cemetery that is unaffiliated with the historical park.