Wolves on the Rise at Isle Royale

Researchers study the effects of 12 new wolves on this remote island park.

The first wolf released in 2018 at Isle Royale National Park as part of a three-year reintroduction effort.

Isle Royale National Park in Michigan is a wild, remote island in Lake Superior that serves as a natural refuge for wildlife, including its most famous residents: wolves and moose. The island’s population of wolves had been slowly dwindling the last several years, getting down to just two in 2018, in part because of the inability for new wolves to migrate to the island via ice bridges as they had for decades before. But a bold new plan by the National Park Service is helping this important species recover at the park.

Last summer, the Park Service announced it would introduce 20 to 30 gray wolves to the park over a three-year period to prevent this iconic species from disappearing completely from the island. Wolves are needed to control the growing moose population, and their loss would have had consequences throughout the island. With fewer wolves, the moose population had grown significantly, and the animals were eating through the island’s vegetation, which other species also rely on.

Soon after the Park Service announcement, staff began putting the reintroduction plan in motion, with the arrival of four wolves from Minnesota in fall 2018. The Park Service then partnered with the Ontario Ministry of Natural Resources and Forestry to transport 11 more wolves from Canada this past winter, making this an international effort. Sadly, two of the new arrivals died of natural causes and one migrated off the island on one of the increasingly rare ice bridges, but the rest of the wolves are adjusting to their new home quite well, putting the island population at 14 wolves.

The wolves and moose at Isle Royale have been the subject of the longest-running predator-prey study in the world, which began in 1958, and the new arrivals are providing new data to explore. Rolf Peterson is one of the principal investigators and has relied on a troop of citizen scientists willing to brave the elements to help collect data for the study. This past summer, NPCA sponsored Leo Wheeler, an undergraduate student at Michigan Tech majoring in forest ecology, to participate in Peterson’s annual Moosewatch Expedition at Isle Royale.

Bones collected by the Moosewatch team over the summer of 2019.

“This was a great first step for beginning my career in natural resources,” Wheeler said. “This was also meaningful work, getting to contribute to an important scientific study that teaches ecologists about the predator-prey relations specific to isolated islands.”

The purpose of the expedition is to carefully search and retrieve moose bones, which reveal a lot of information about the life and death of the animals and the impact wolves have on their population. 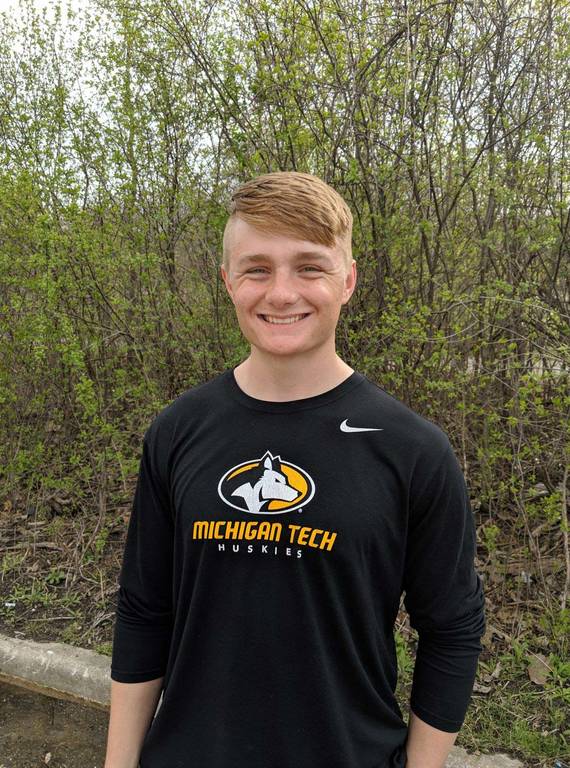 “Rolf gave us our mission: find and search points that the newly introduced radio collared wolves had visited multiple times, in hopes of finding a moose skeleton,” Wheeler said.

Wheeler and a small team of volunteers spent a week hiking through the rugged backwoods of Isle Royale. They found no moose bones at sites visited by the new wolves, but they stumbled on several bones elsewhere and brought them back for further study. They also discovered a wolf track, perhaps left behind by one of the new wolves that call Isle Royale home.

Wheeler’s team was one of several that collected data at the park this summer. It may take some time before the researchers can document the impact the new wolves are having on the island’s moose population, but Peterson and his team have a lot of new moose bones to study.

The Moosewatch team rests for dinner.

The Park Service is moving into the next phases of its three-year wolf restoration plan by partnering with the state of Michigan to bring more wolves to the park this fall. The plan will be successful only if it is fully funded and implemented. So far park staff have been able to translocate almost twice as many wolves as they originally planned in the first year. If all continues to go well, Isle Royale will once again have a thriving population of wolves.