Tomorrow is the 50-year anniversary of Neil Armstrong and Buzz Aldrin’s historic moon walk. Just one month after this “giant leap for mankind,” Apollo astronauts hoping to follow in Armstrong and Aldrin’s footsteps visited a U.S. national park to train for future moon walks.

#{image.caption}
The place where Apollo 14 astronauts studied geology to prepare for their trip to the moon.   Photo © Jason P Ross/Dreamstime.

Buzz Aldrin, a pilot on Apollo 11, described the moon as “magnificent desolation.” David Scott, commander of the Apollo 15 mission and the seventh person to walk on the moon, said, “Only an artist or poet could convey the true beauty of space.”

Few know this desolation and beauty firsthand, however. To date, only 24 people have orbited the moon, 12 have walked on it, and no one has set foot there since the Apollo 17 mission ended in 1972.

Alan Shepard on the surface of the moon, February 5, 1971. This photo was taken by Edgar Mitchell. Both men trained for their experiences on the moon in a variety of volcanic environments, including Craters of the Moon National Monument and Preserve in Idaho.

But in the rocky terrain of central Idaho, a next-best option exists for those of us who must spend our lives earthbound: Craters of the Moon National Monument and Preserve. This volcanic landscape shares enough similarities with the moon, which is also volcanic, that NASA sent four astronauts there in August 1969 to train for the Apollo 14 lunar mission.

When Alan Shepard, Edgar Mitchell, Joe Engle and Eugene Cernan arrived at the national monument 50 years ago, they were pilots, not geologists, but preparing to walk on the moon meant learning how to collect samples for scientific study. NASA wanted the four men to be able to recognize different types of volcanic rock, sending them not just to Craters of the Moon, but also to Hawaii, Mexico and Germany, among other sites. (Earlier Apollo astronauts had trained at Big Bend National Park in Texas as well.) 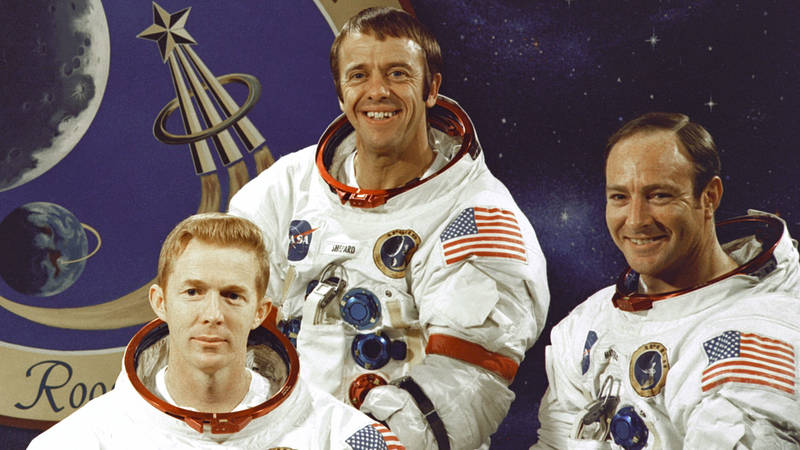 To the Moon and Back

In 1971, an astronaut aboard Apollo 14 brought hundreds of tree seeds into orbit around the moon so that researchers could study their growth back on Earth. Several years later,…

Though Craters of the Moon is most definitely part of planet Earth, its geology is singular and striking. Its three major lava fields contain lava flows of various distinctive textures and patterns, cinder and spatter cones, and lava tubes, elaborate caves that visitors can explore. The volcanic activity occurs along a section of the Great Rift of Idaho, a series of cracks in the Earth that runs over a stretch of 52 miles. Lava has oozed from the fissures and vents in this landscape for thousands of years, creating its dark, rugged, barren appearance. It was the perfect place to send extraterrestrial explorers as they honed their skills.

Of the four men who trained at the park, three went on to walk on the moon, and two, Shepard and Mitchell, did so as part of the Apollo 14 mission in 1971. Apollo crews brought back some 850 pounds of moon rocks over three and a half years and six separate landings, and Shepard himself collected a notable treasure, Lunar Sample 14321, better known today as “Big Bertha.”

Big Bertha is the third-largest moon sample collected, weighing nearly 20 pounds and estimated as being almost 4 billion years old. Research released earlier this year suggests that this enormous brecchia — a rock composed of smaller rocks and minerals — actually originated from planet Earth and was launched as a meteor to the moon from the impact of an asteroid. Scientists now believe it is the first terrestrial meteor ever found and the oldest known rock from Earth. It also suggests there are other rocks from Earth scattered on the moon, should we ever return to look for more.

Researchers continue to visit Craters of the Moon to study its geology and conduct scientific experiments. Learn more about this unique park at www.nps.gov/crmo.