To the Moon and Back

In 1971, an astronaut aboard Apollo 14 brought hundreds of tree seeds into orbit around the moon so that researchers could study their growth back on Earth. Several years later, he helped to plant the very first of these “Moon Trees” in a public square that is now a national park site.

Astronaut Stuart Roosa began his career as a “smokejumper” for the U.S. Forest Service, helping to put out wildfires by parachuting into remote regions to fight blazes. His love of trees was still apparent when, nearly two decades later, he served as the command module pilot for NASA’s Apollo 14 lunar mission, carrying hundreds of tree seeds with him to complete an unusual task. 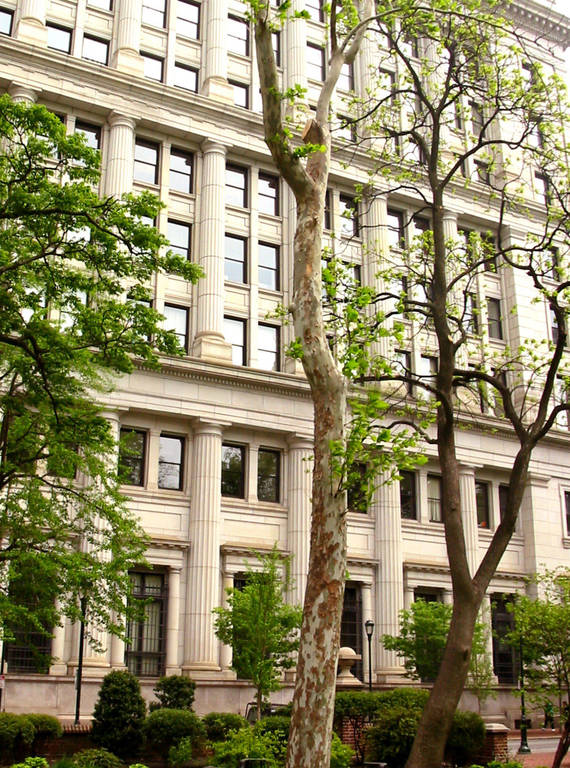 The original Moon Tree in Washington Square, photographed in 2008.

At the urging of staff at the U.S. Forest Service, Roosa took the seeds with him for scientific purposes — to compare how they would germinate and grow back on Earth alongside standard examples of the same species. In doing so, he also helped to create living tributes to NASA’s space program. Although Roosa did not actually bring the seeds to the moon’s surface, he spent 33 hours in solo orbit around the moon with approximately 500 seeds representing a variety of species.

After Apollo 14 returned to Earth, researchers became concerned when the seeds’ holding canister burst open during a decontamination procedure, scattering them and mixing them together. Fortunately, more than 400 of the seeds germinated and successfully grew into saplings under the care of the Forest Service in the years that followed.

Many of these saplings were planted around the country as part of celebrations honoring America’s bicentennial in the mid-1970s. The first of these trees was planted on May 6, 1975 in Washington Square, which is now part of Independence National Historical Park in Philadelphia, Pennsylvania. The tree, originally believed to be a sycamore, was later identified by local specialists as a London planetree, a common species in the region. Washington Square contains a memorial to George Washington and unknown soldiers of the American Revolution — an ideal site to commemorate the nation’s birth.

Roosa took part in the planting ceremony alongside federal and local officials, including the Forest Service chief, the mayor of Philadelphia and Forest Service mascot Woodsy Owl, who was famous for his motto at the time, “Give a hoot — don’t pollute!” A brochure for the event even touted the importance of trees to space exploration in general. “Tree by-products are vital for this exciting space age,” it declared, celebrating the virtues of rosin-core soldering flux and cellulose-based rocket propellants, among other high-tech tree uses.

Sadly, the Moon Tree became badly diseased in the decades that followed and eventually died. In 2011, the National Park Service replaced the tree with a clone created at the Morris Arboretum at the University of Pennsylvania from clippings of the original.

Could the tree’s premature death have been caused by the nine days the seed spent as cargo on the Apollo mission? Susan Edens, historical landscape architect for the national park site, isn’t convinced.

“Sometimes people ask if it’s true that the seeds were somehow altered by being in space, but nobody thinks so,” she said. “It’s always a possibility, but we don’t have a good reason to say that.”

#{image.caption}
A clone of the first Moon Tree, grown from cuttings, planted at the site of the original tree in 2011.   Photo by Jeremy Thompson, CC BY 2.0.

She added that other trees that staff plant in the park sometimes die, too, and that rising temperatures were more likely to be the culprit. “In recent years we have had increasingly very hot summers,” she said. “That’s probably the most adverse effect, that we’re surrounded by pavement and a lot of buildings. The city itself gets much hotter than other areas.”

The recent heat might also help explain why the clone is still rather small for its age — although Edens confirmed that the new tree is doing just fine.

Learn more about this unusual tree on the Independence National Historical Park website and the NASA website.