Julius Rosenwald's legacy and the thousands of schoolhouses he helped construct are an important part of our country’s history, and must never be forgotten.

Washington, D.C. – After years of building strong public support in communities across the nation, the National Parks Conservation Association (NPCA) celebrates the introduction of the Julius Rosenwald and Rosenwald Schools Study Act, requiring the Secretary of the Interior to conduct a special resources study of the sites associated with the life and legacy of noted philanthropist and businessman Julius Rosenwald, with a special focus on the Rosenwald Schools. Senator Durbin (D-IL) and Congressmen Davis (D-IL-07) and Cohen (D-TN-09) today officially introduced the historic legislation – a critical first step towards creating a multi-site national park to preserve Rosenwald’s legacy, which would also be the first national park honoring a Jewish American. 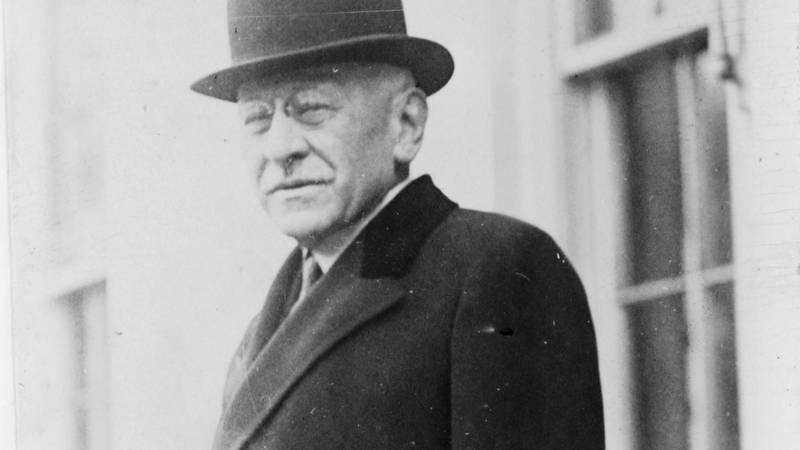 He Built Schools to Fight Injustice, and I Want You to Know His Story

The son of German Jewish immigrants, Julius Rosenwald earned financial success after joining the leadership team at Sears Roebuck in 1895, transforming the small business into a retail powerhouse of the early 1900s. Rosenwald used his fame and fortune for the benefit of humankind, focusing his efforts towards the advancement of education for African Americans in the South, which at the time was deeply segregated. Through a collaborative project, Rosenwald and Booker T. Washington, activist and leader of the Tuskegee Institute, changed the course of African American education in the United States. Over a 20-year period, Rosenwald partnered with African American communities from Washington D.C. to Texas, providing funding for the construction of 5,357 schoolhouses and other educational buildings in 15 states.

“The story of Julius Rosenwald, a philanthropist that changed the dynamics of education for African Americans in the early 20th century, and the thousands of schoolhouses he helped construct, is extraordinary. These schools are an important part of our country’s history, and must never be forgotten,” said Theresa Pierno, President and CEO for the National Parks Conservation Association. “Thanks to the leadership and tremendous political support of Senator Durbin and Congressmen Davis and Cohen, and the efforts of communities and partners organizations across the country, we are one step closer to preserving Rosenwald’s legacy for millions of people to experience now and for generations to come. NPCA will continue to work tirelessly until the Rosenwald Schools are part of our nation’s Park System.”

“Julius Rosenwald’s legacy is inextricably linked to the advancement of African Americans in education, science and the arts,” said Alan Spears, NPCA’s Director of Cultural Resources. “His philanthropic activities enhanced opportunities for individuals and communities to thrive. It’s rare that the gifts of one man can touch and benefit so many and in ways so profound. We still have much to learn from and be inspired by in the story of Julius Rosenwald and the Rosenwald Schools.”

Two-thirds of America’s more than 400 national park sites are dedicated to cultural and historic significance, from the Underground Railroad to Buffalo Soldiers in Yosemite to the San Antonio Missions and Ellis Island and the Statue of Liberty. The national significance of Rosenwald and his schools is unquestionable, and the stories these buildings hold should be protected by the organization most capable and prepared to do so – the National Park Service.

The Julius Rosenwald and Rosenwald Schools Study Act now authorizes the Secretary of the Interior to determine the most suitable resources with which to commemorate Rosenwald’s legacy.

About National Parks Conservation Association: For 100 years, the nonpartisan National Parks Conservation Association has been the leading voice in safeguarding our national parks. NPCA and its more than 1.3 million members and supporters work together to protect and preserve our nation’s most iconic and inspirational places for future generations. For more information, visit www.npca.org/100