5 reasons my state’s national parks should be on your bucket list — and how NPCA works to protect them.

The Green River in Dinosaur National Monument, taken from an overlook in the Island Park area.

This Saturday, Coloradans will be celebrating their own special holiday, Colorado Public Lands Day, to get out, enjoy nature and participate in volunteer events at my state’s extraordinary parks and outdoor spaces. 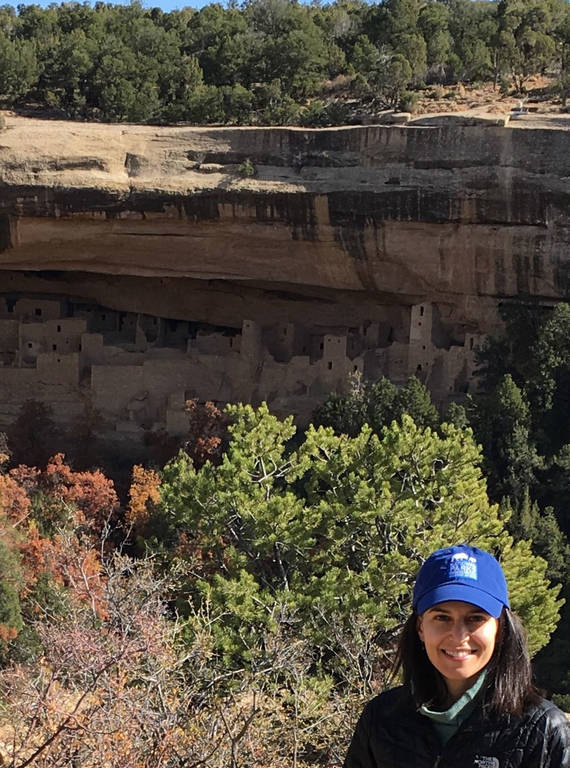 There’s a reason why Colorado was the first state in the nation to establish a holiday honoring its public lands: People like me who live here love them. According to the 2019 Conservation in the West Poll, 73% of state residents consider themselves outdoor recreation enthusiasts, 73% say the ability to enjoy public lands is a significant reason they live in the West, and 90% believe the outdoor recreation economy is important for the future of the state.

It’s not just us, either. In 2017, Colorado’s 13 national park sites drew 7.6 million people from around the world, and revenue from visitor spending supported 7,130 local jobs and $725 million in economic benefits to our communities.

Why should you visit? Here are five fun reasons to add my state to your bucket list.

1. One of the newest International Dark Sky Parks

Dinosaur National Monument is best known for its exceptional trove of fossils from a variety of prehistoric species, including more than 1,500 bones at the site’s Quarry Exhibit Hall. In addition to the treasures embedded in the site’s ancient rocks, there’s a great reason to lay out a blanket and look up at the sky. Just last month, the International Dark-Sky Association named this Southwestern site a dark sky park, recognizing its natural darkness and exceptional stargazing opportunities.

Sand is constantly shifting, but at Great Sand Dunes National Park, the sands can stand as high as 750 feet tall. Some of these remarkable dunes are star-shaped — including the very tallest, named, simply, Star Dune. Complex wind patterns form the prongs in these dunes, which look a bit like starfish from above.

Mesa Verde National Park is a UNESCO World Heritage Site that preserves nearly 5,000 archaeological sites, including more than 600 cliff dwellings. These structures are typical of the Ancestral Puebloan culture, which lasted from about 450 to 1300, and they remained virtually untouched until the late 19th century when people began looting the ruins. President Theodore Roosevelt signed a bill in 1906 to create the park and preserve the ruins. It was the first park established to protect manmade structures.

Rocky Mountain National Park has some of the highest mountains in the nation, with 60 peaks over 12,000 feet, including the park’s highest, Longs Peak, at 14,259 feet. In addition to hiking these alpine trails, most of which start above 7,800 feet, visitors can also take scenic drives at these altitudes. Trail Ridge Road connects the park from east to west and is the highest continuous paved road in the United States, offering phenomenal views over 48 miles from 11 miles above the tree line.

Black Canyon of the Gunnison National Park is so named because it is so steep, some parts of the gorge only receive 33 minutes of sunlight per day, giving it a dark appearance. The canyon, carved through Precambrian rock by the Gunnison River, is sometimes referred to as “Colorado’s own Grand Canyon” — though it is typically far less crowded than Arizona’s best-known park. The Black Canyon of the Gunnison saw just a few hundred thousand visitors last year, compared to the more than 6 million that flocked to the Grand Canyon.

Colorado’s public lands are some of the most incredible places in the country. That’s why NPCA has been fighting threats to keep them safe and accessible for all people. 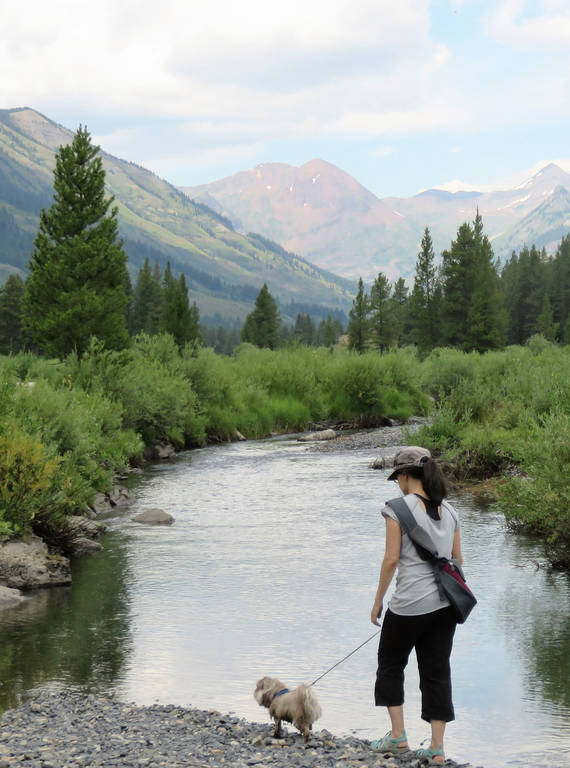 The author and her dog, Griffin, enjoy Colorado’s public lands.

Colorado suffers from a serious and growing air pollution problem, consistently failing, year after year, to meet federal air quality standards. NPCA’s latest report on air quality, identified several of Colorado’s parks that are struggling significantly from the effects of climate change and unhealthy air, and this pollution is harming nature, the visitor experience and the surrounding communities at sites such as Dinosaur National Monument, Great Sand Dunes National Park and Preserve, and Rocky Mountain National Park.

Parks across the West face an unprecedented risk from energy development threatening wildlife habitat, posing health risks to visitors and nearby communities, and harming tourism. Colorado accounted for about 12% of the nation’s oil and gas drilling on public lands during the last federal fiscal year, and during the most recent government shutdown, Interior Secretary David Bernhardt — who hails from Rifle, Colorado — ensured that oil and gas leases continued to move forward, despite employees being furloughed.

Fortunately, our new governor and our state legislature have shown a public commitment to tackling climate change and reforming oil and gas policies, and we have real opportunities to create effective change. We’re continuing to advocate for cleaner air, responsible energy and a National Park System that is inclusive and welcoming to all. This includes supporting two new initiatives — a study that could lead to creating a new national park site at the Amache incarceration camp in Granada, Colorado, to remember the history of the people of Japanese ancestry who were imprisoned there during World War II, as well as the CORE ACT, a bill protecting 400,000 acres of public lands and supporting the outdoor recreation industry in the state.

So be sure to visit our magnificent parks — then also consider joining our movement, in its centennial year, to make them stronger by signing up for news and alerts at npca.org/join.