NPCA opposed David Bernhardt's confirmation as Interior secretary and is watching his actions carefully. Here’s why.

#{image.caption}
Oil pump along the front range of the Colorado Rockies with Long's Peak on the left.   © Goodcontent | Dreamstime.com

On April 11, David Bernhardt became the top official in charge of America’s public lands, including our national parks. On April 15, the inspector general for the Department of the Interior had already opened an ethics investigation on multiple complaints into Bernhardt’s conduct in his former role as deputy secretary of the agency. 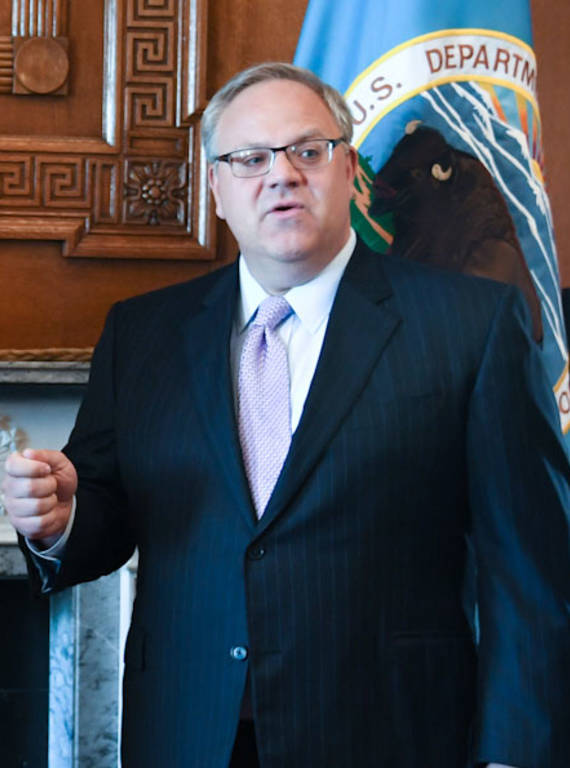 David Bernhardt during his 2017 swearing-in ceremony as deputy secretary for the Department of the Interior.

Department of the Interior photo.

Many of the ethical controversies surrounding our newest Interior secretary have already been widely publicized. Bernhardt’s previous actions in leadership roles at the agency and as an energy lobbyist raise serious concerns regarding his ability to manage our country’s public lands responsibly. But even more disturbing than his many conflicts of interest are his policy positions, which run counter — and in some cases are openly hostile — to his department’s mission, including the conservation and of America’s public lands and the many irreplaceable wonders they contain.

Here are four reasons NPCA is monitoring Bernhardt carefully and standing ready to hold him accountable for actions that could harm our national treasures.

1. Bernhardt has helped oversee an unprecedented expansion of oil and gas development on public lands.

Since 2017, Interior has offered oil and gas lease sales on more than 17 million acres of public lands while collecting little to no public comment and conducting virtually no environmental reviews of the harm this development could have. During this time, under Bernhardt’s leadership as deputy secretary, the agency has offered oil and gas leases near more than 20 national parks, including Carlsbad Caverns and Great Sand Dunes, threatening them with irreparable harm. These levels of leasing far outpace demand, with many leases selling for pennies on the dollar. National parks support tourism revenue and jobs in communities across the country; these lease sales not only threaten our environment and the historic character of these places, they also threaten vibrant local economies, especially in the West.

#{image.caption}
Heavily developed area just a few miles south of the Dinosaur National Monument border in Utah. These spiderwebs of development are creeping closer to the park boundary on all sides in both Colorado and Utah.   Photo © Chris Boyer/Kestrel Aerial Services.

2. Bernhardt has repeatedly attempted to undermine the Endangered Species Act in favor of resource extraction.

Last summer, with Bernhardt at the helm, the U.S. Fish and Wildlife Service and National Marine Fisheries Service released three proposed rules that would undermine how the ESA is implemented. These new regulations would systematically chip away at the law by decreasing protections for threatened species, ignoring the impacts of climate change, and making it harder to protect the habitat species need to survive and recover. He has also sought to interfere with the survival of individual species. In one instance currently under investigation by the inspector general of the Interior, Bernhardt directed Interior staff to weaken protections for a threatened California fish known as the delta smelt, a move which would allow his former lobbying client, Westlands Water District, to divert more water from the fish’s habitat to agricultural industry interests. Hundreds of protected species make their homes in national parks, and prioritizing private interests over the survival of these animals and plants is simply unconscionable and unacceptable.

3. Bernhardt was part of the team that removed sound science from official national park management policies.

In August 2017, just one month after Bernhardt’s confirmation as deputy secretary, Interior reversed an important National Park Service guidance document known as Director’s Order 100. The document had outlined the need for comprehensive, science-based management in response to challenges such as climate change and pollution, two of the most serious issues affecting national parks, as well as human health. The move reverses practices designed to improve coordination between federal agencies and increase preemptive measures to protect natural and cultural resources from development and other threats. Weakening these management practices needlessly puts parks in harm’s way, presumably to enable more development on their borders.

The delta smelt (Hypomesus transpacificus). David Bernhardt is under investigation for directing Interior staff to weaken protections for the threatened fish.

U.S. Fish and Wildlife Service photo by B. Moose Peterson

4. Bernhardt needlessly puts park resources at risk, not because he doesn’t understand, but because he simply does not enforce the mission of the National Park Service.

The Park Service is tasked with a primary mission to preserve unimpaired the resources and values of America’s national park sites. Bernhardt, however, believes that public access to the parks takes priority over protecting them, and has said that he sought to “strike a balance between these two objectives” during the most recent government shutdown this past winter. His direct orders in January 2019 to keep many national parks open without adequate staff to protect them led to some of the worst destruction to parks we have seen in recent memory, including the killing of trees, the reckless use of off-road vehicles and drones, the outright destruction of cultural artifacts, and other crimes. Yet Bernhardt maintains that this debacle should be used as a model for how to operate national parks should another government shutdown occur. This is deeply troubling because another shutdown during his tenure is entirely possible, and because it shows his fundamental disregard the Park Service’s mandate to conserve. His actions indicate he is merely giving lip service to the agency’s mission while actually pursuing a singular focus that is at odds with his job at the most basic level.

These are just a few of the many examples of Bernhardt’s actions that undermine the full mission and purpose of the Department of the Interior. When Bernhardt was first nominated as deputy secretary for Interior, NPCA did not oppose his confirmation despite known conflicts of interest, believing he should be given a chance to demonstrate his leadership on behalf of our public lands. Unfortunately, over the past two years, his anti-conservation and anti-park proposals and decisions have caused damage to some of our nation’s most prized places. He is unfit to serve as secretary, and his confirmation puts all our public lands on a dangerous course.

NPCA will remain vigilant to ensure the public knows how his work at Interior is affecting our national parks and public lands, and we will continue to fight to defend these critical lands and waters against these serious threats.