Want to Take a Bit of This National Park with You?

Many national parks were created to protect natural wonders, be they giant sequoias or graceful sandstone arches. Yet, one national park is mandated to give away the very natural resource the park is known for.

#{image.caption}
A waterfall at one of the natural hot springs at Hot Springs National Park in Arkansas.   Photo © Zrfphoto/Dreamstime.

Visitors to national parks are encouraged to leave no trace of their passage, and they’re prohibited from taking bits of the parks with them. The law that created the National Park Service more than 100 years ago stipulates that the agency’s mission is to “conserve the scenery and the natural and historic objects and the wild life therein,” and so rangers do their best to make sure visitors leave rocks, seashells and wildflowers in place. 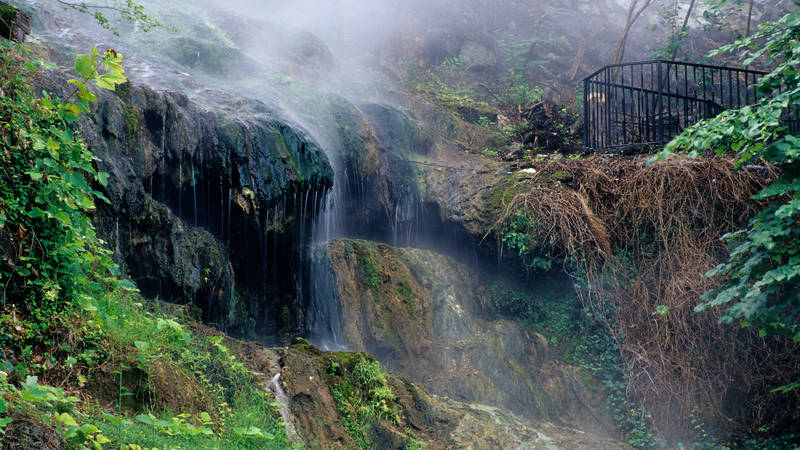 The National Park Service has designated the thermal features such as geysers and fumaroles at 16 national park sites as “significant,” a label that affords them more stringent protections. Only…

There is one exception: Hot Springs National Park in central Arkansas is not only allowed but mandated to give away its primary natural resource “in an unending and unaltered state.”

Making the water available to all was the primary reason why the federal government decided to protect the springs and created the Hot Springs Reservation in 1832 — less than three decades after the area became part of the United States through the Louisiana Purchase.

The springs’ water was thought to heal all kinds of ailments, and in the following decades, several luxurious bathhouses were built to accommodate a growing clientele. Because of its mandate, the park also maintained pools that anybody could access free of charge. In his 1887 report to the secretary of the Interior, the park’s superintendent included testimonies of previously bed-ridden pool visitors who emerged seemingly cured of their ulcers, rheumatism and sciatica.

“I could not walk, was almost paralyzed, was almost blind and covered with fearful sores,” said a 26-year-old syphilis patient from New York. “Now I feel as well as I ever did and am entirely free from sores. My eyesight is good and muscles in fine order. I can truly say that the free pools have been the means of saving my life.”

In 1911, for example, people enjoyed more than 220,000 baths in the government pools, but over time fewer people requested access and doctors stopped recommending the baths. As a result, the park closed the free bathhouse in 1957.

In addition to bathing in the water, visitors have long enjoyed drinking it. In the early 1900s, people sipped at natural seeps across the park. Water from the “Kidney” and “Liver” springs supposedly addressed illnesses affecting these organs (the two springs no longer exist). 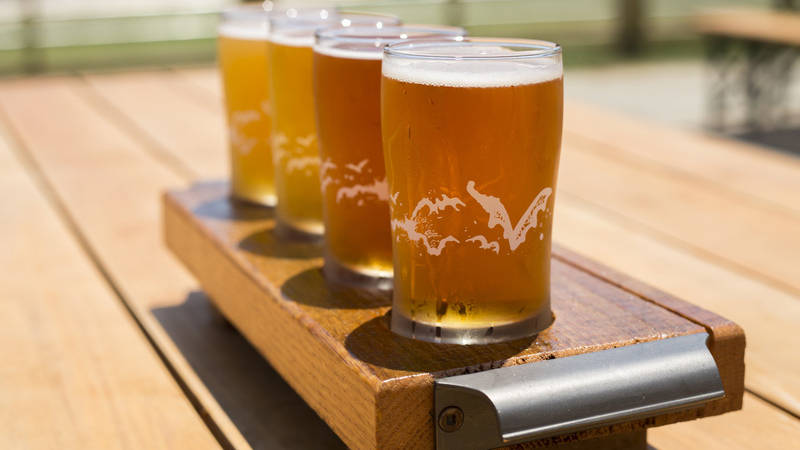 One national park has an on-site brewery that serves beer made from the park’s own water.

These days, visitors fill their bottles — or their jugs — with spring water at the park’s fountains. Park staff don’t attest to the curative properties of the water, but they do test it regularly to make sure it is safe to drink. The water doesn’t contain much iron or sulphur, so it’s colorless, tasteless and odorless. The park includes a couple of fountains near cold springs, but most of the park’s fountains serve hot water (143 degrees Fahrenheit on average). Some minerals may settle at the bottom of your bottle, but according to many visitors, “spring water is delicious when served chilled.”

If “tasteless” water is not your thing, you can opt for one of the more flavorful beverages offered at the Superior Bathhouse Brewery. Located in one of the park’s historic bathhouses, the brewery serves a selection of beers made with the springs’ thermal water.