Sunset over the Anhinga Trail at Everglades National Park, one of many sites around the country that could be severely affected by sea level rise due to climate change.

Update, August 2018: The Interior Department’s Office of Inspector General dropped its investigation into allegations that the National Park Service censored a climate change report. The inspector general reported no wrongdoing and officially closed the investigation, citing that the Park Service eventually published the report with all original references to climate change intact. While we are pleased that the Park Service ultimately made the right decision by releasing the uncensored report, it is troubling that the about-face came only after exposure in the press and a significant public outcry. More troubling still is the Trump administration’s ongoing opposition to climate change research and action. The public and scientific community will need to continue holding the administration to a higher standard when it comes to transparency.

Last week, The Center for Investigative Reporting revealed that it had obtained copies of an 87-page draft report by a University of Colorado scientist on how sea level rise is affecting 118 coastal national parks. In this unreleased report, which has been delayed for publication by at least 10 months, a National Park Service official had edited the copy to remove all references to the human role in altering the climate.

Willfully Ignoring Climate Change Is a Disaster for National Parks

In contrast, Interior Secretary Ryan Zinke had assured members of Congress at a hearing last month that he did not know of any document that had been willfully changed to alter facts. “I read them all,” he was reported as saying. “I don’t change a comma on them.”

But last week’s report contradicts that claim and casts additional doubt on his department’s integrity.

If true, this is the first known example of a Park Service report that has been edited to alter scientific information. This terrible precedent — the alteration of current, known scientific evidence — may have serious implications for how our national parks are managed.

Our coastal parks are literally on the front lines of climate change. Last year’s devastating hurricane season showed how much damage severe weather and flooding can do to treasured places like Virgin Islands, Everglades and Biscayne National Parks and the communities that surround and depend on them. Park managers need the best science available to understand how to protect these parks from sea-level rise. They cannot build ecological resilience and prevent future damage if the data they are using is manipulated and inaccurate or lacks evidence that may support future solutions.

In addition to the manipulation of the text, delays in the report’s publication have further prevented Park Service managers from being able to use the most recent information on flooding and storm surges to make responsible decisions.

Members of the Trump administration, including staff at the Department of Interior, have already taken numerous actions to eliminate climate change policies and roll back regulations that seek to reduce greenhouse gas emissions. The two previous administrations worked for years under both Republican and Democratic leadership to create national climate response strategies, engaging thousands of people across the country at the state and local level to help park managers and other federal employees make responsible decisions to protect our country from climate change. But those plans have since been overturned, and new questions into the reliability of federally issued research put Park Service staff in a confusing position when trying to do what is best for the inestimable places in their care.

Prioritizing politics over science has wide-ranging consequences. For example, President Donald Trump has outlined a very aggressive agenda to develop domestic fossil-fuel energy, and the administration has already taken steps to eliminate programs that balance energy development with national park protection. If officials at the Department of the Interior were to manipulate studies to suggest that parks aren’t harmed by oil and gas development, this “research” could be used justify oil derricks and industrial infrastructure right up to park borders — which, in some cases, is exactly what the administration has already proposed doing. 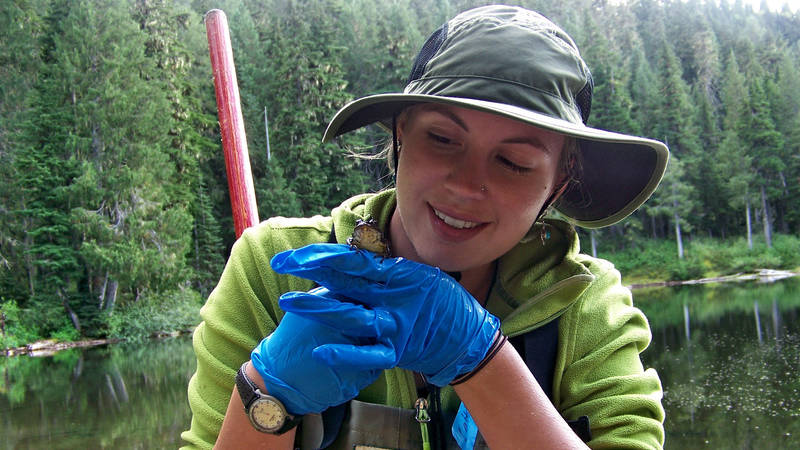 Why Science Matters for National Parks

National parks have a long history of supporting scientific discovery. Let’s continue to fund the world-class research at our country’s most iconic and inspirational places.

Ultimately, political appointees should simply not be allowed to rewrite the best available science to advance a political position on any issue.

This is not the first time an administration has attempted to use biased information to shape federal policy. In 2001, President George W. Bush created an energy task force led by Vice President Dick Cheney with the stated goal of creating energy policies that favored fossil fuel industries. The task force released a report that recommended pro-industry energy policies, informed after a series of closed-door meetings with large oil and gas, coal, and electric utility company officials and without public input. Fortunately, widespread uproar stopped most of the task force’s efforts to undermine science and roll back health and environmental protections.

NPCA does not want to see something like this happen again.

We support Sen. Mazie Hirono of Hawaii, who has called the recent incident, if true, “a serious breach of the public trust.” She and four other senators are calling for an independent investigation by an inspector general. At this stage, we just don’t know if this censorship was the result of a staff person acting independently or someone directed by leadership to advance a larger political agenda. We need to know those facts.

National parks are places that bring us together, regardless of our political views. If national park staff are given bad information, they risk making bad decisions that could have wide-ranging effects on some of the places we love most. We must set politics aside and protect our national parks in the most effective ways possible so that we can all continue to enjoy them. And this means managing parks with the best available science, not political mythology.