For the Sake of Our Parks: #BootPruitt

NPCA has long opposed the anti-parks policy positions of embattled EPA Administrator Scott Pruitt. President and CEO Theresa Pierno joins the growing bipartisan call for this official to step down.

The health of our national parks depends on our ability to protect them from threats inside and outside their borders. The Environmental Protection Agency plays a critical role in safeguarding our environment and enforcing the laws governing our clean air and water, our climate, and the integrity of our lands and historical artifacts. Scott Pruitt, with his long track record of fighting environmental protections to benefit private interests, has never been an appropriate choice to lead this essential agency. 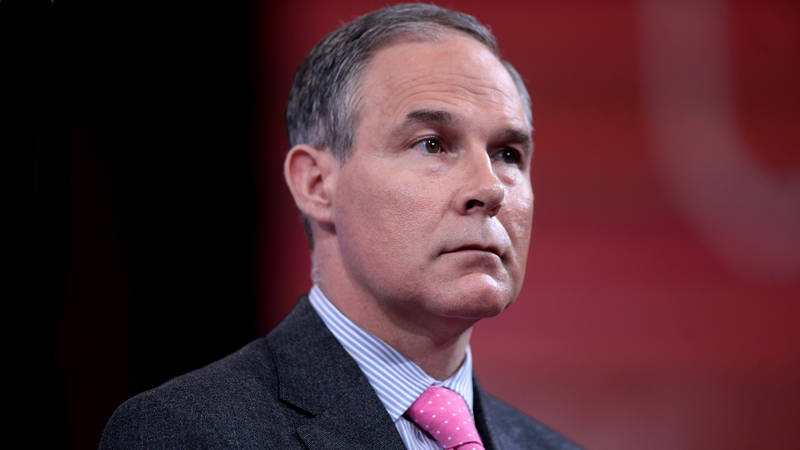 In fact, Pruitt took the job as a self-proclaimed “leading advocate against EPA’s activist agenda,” and his actions are harmful for America’s national parks.

From undermining clean air protections like the Regional Haze Rule to using federal dollars for potentially unnecessary trips, Pruitt’s nefarious dismantling of key laws and more are not serving the EPA or our nation well. Recognizing that the resources Pruitt is tasked with stewarding are degrading under his watch and will be at risk for years into the future, park visitors across the country deserve far better.

So, I am joining the growing call, alongside dozens of conservation leaders and members of Congress to #BootPruitt. Here are four of the top reasons Pruitt is bad for our national parks.

1. Under Pruitt’s direction, the EPA has been working to roll back protections for park waterways and drinking water by repealing the Clean Water Rule. More than half of our 417 national parks have waterways that do not meet water quality standards under the Clean Water Act. Repealing the Clean Water Rule and replacing it with something weaker than current standards will only make this situation worse, confusing the process for resource managers, slowing the progress to protect water in our communities and parks, and weakening our ability to hold polluters accountable.

2. The EPA is attempting to repeal the Clean Power Plan, a comprehensive rule to reduce greenhouse gas pollution from power plants to combat climate change. If Pruitt has his way, the agency could completely overturn this landmark plan this year, eliminating this protection for our air, water, land and changing climate. The consequences for inaction on climate would be severe, placing a fossil-fuel-driven agenda over the health of families, communities and our national parks – and jeopardizing our tourism economy in the process.

3. The EPA has been reversing course on pollution reduction requirements, rewriting regulations that govern haze regulations at national parks. The federal haze program specifically aims to clear the air at 156 national parks and wilderness areas via targeted state-based plans to reduce pollution, much of which comes from coal-based power plants.Pruitt has thrown this longstanding program into uncertainty by taking steps to reverse progress on the decades-long fight to reduce pollution in places like Arkansas, Texas and Utah.

4. Scott Pruitt is restricting and outright preventing the use of legitimate science in making policy decisions. Time and again Pruitt is enforcing a limit on how the EPA employs scientists and their research in safeguarding our natural resources and communities. From restricting staff participation in a scientific integrity survey to limiting who gets to participate on EPA’s advisory boards to proposing that the agency’s research and education programs be eliminated in the FY19 recommended agency budget, Pruitt’s attack on how his agency thinks and talks about science is reckless and puts evenhanded decision-making for the protection of our clean air and water at risk.

Enough is enough. It’s time for this federal official to step down. For the sake of our public health, our magnificent lands and waters, and our commitment to sound governance, it’s time to #BootPruitt.