In The Footsteps of a Dream

By Jeanine Barone
Fall 2010: In The Footsteps of a Dream

Relive the history of the civil-rights movement in Alabama and Georgia.

When Barack Obama laid his hand on Lincoln’s bible and took his oath of office to become the first African-American President of the United States, our nation broke with 200 years of history. For many, this moment made all things seem truly possible in a land that was founded on the tenet, “All men are created equal.” Yet, it was not so long ago that this oft-quoted phrase from the Declaration of Independence excluded African Americans, who were relegated to the back of buses, denied access to whites-only eateries and restrooms, and, in essence, deemed second-class citizens with limited freedoms.

President Obama’s memorable inauguration took place because of the struggles, hopes, and courage of a bevy of civil rights pioneers, including the illustrious man who became the face of the effort to bring racial equality to this nation, Martin Luther King, Jr. (MLK). Lest we forget, the National Park Service protects a number of these historical places that define the civil rights movement and, ultimately, who we are as a nation. Driving a multi-day route that courses through the cities of Atlanta, Tuskegee, Montgomery, and Selma will open your eyes emotionally and intellectually to the fears and failures, hopes and humiliations, and violence and victories of those crusading citizens. 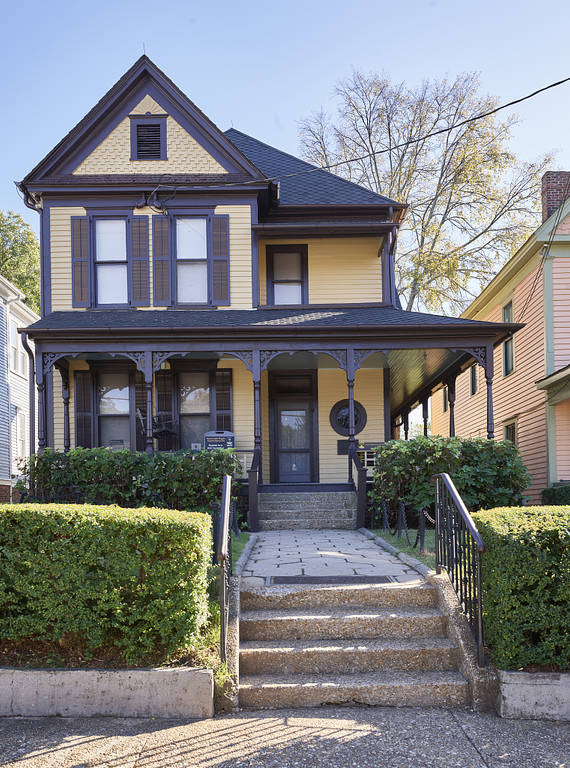 The birthplace and boyhood home (until he was 12 years old) of Dr. Martin Luther King Jr., preserved and protected at the Martin Luther King Jr. National Historic Site, a park supervised by the U.S. National Park Service that includes several buildings central to the martyred civil-rights leader’s early life, his later work, and his place of worship

Sitting at the heart of Sweet Auburn—a historic neighborhood in downtown Atlanta that was once populated by a vibrant citizenry made up of strong, successful African-American business people—the Martin Luther King, Jr. National Historic Site is a tribute to our most prominent 20th-century civil rights leader. The life of Atlanta’s native son is remembered in three key sites: the King Birth Home, where he spent his first 12 years; Ebenezer Baptist Church, where he was baptized and became co-pastor (now in the final phase of a restoration process expected to be completed in late 2010); and the King Center, where the crypts of ML K and Coretta Scott King sit side by side, above a reflecting pool. Start your tour at the visitor center, where you can view a moving 28-minute video that features portions of his most famous speeches. In the surrounding preservation district, restored shotgun row houses where laborers once resided stand near refurbished two-story columned homes, including the Queen Anne-style residence of the King family. Tour the rooms that are preserved with their original decor (including the twin bed a young Martin shared with his brother, and the dinner table where the family gathered each night), and you’ll understand where he developed his values.

Originally barred from becoming military pilots, the African-American men who flew the planes that saw plenty of World War II combat (and the men and women who maintained them) are honored at Tuskegee Airmen National Historic Site. In fact, the all-black squadrons that escorted bombers across Europe were so skillful that it’s said they never lost a plane to enemy fire. From a hilltop overlook beside the visitor center, where a memorial garden is planned, you can gaze out to Moton Field Municipal Airport, where the airmen once used grassy fields as their runway. Then explore the artifacts and audio displays in expansive Hangar 1, the only building that’s open at this time. (The others, all original except for Hangar 2, will open for tours in early 2012.) Try your hand at folding an original silk parachute into its pack, or sit in a wooden model of a flight simulator that trained pilots in instrument navigation as you listen to the voice of an airman relaying how disorienting the closed cockpit was. Among the myriad rooms ringing the periphery is the War or Intelligence Room, featuring models of warships and images of German uniforms, vital information the cadets later used in combat.

The perfect seasons to visit these historic sites are spring and fall, when the temperatures are moderate. (January is usually crowded because of special events coinciding with MLK’s birthday and the national holiday.) Start your road trip in Atlanta, a city with excellent airport connections and plenty of entertaining distractions, such as historic Inman Park and the Atlanta Botanical Garden. If you have the time, overnight at the Ellis Hotel, a charming downtown boutique property with a creative young chef presiding over Terrace, the hotel’s locavore-oriented restaurant. Montgomery makes a logical second stopover for the rest of the civil rights sites. It’s a two-hour drive from Atlanta to Tuskegee, and from there, 40 minutes to Montgomery; Selma is another hour away. (Most sites along the trail are closed on Sunday.) You can download a civil rights audio program at and rent an MP3 player from the Montgomery Visitor Center to follow in town, either on foot or by car. The park websites provide planning information, including where reservations are needed ( www.nps.gov/malu, www.nps.gov/semo, and www.nps.gov/tuai ).

Though African Americans had been seeking equality for decades, one of the most emblematic events in the struggle for civil rights took place on March 7, 1965. The world watched what became known as Bloody Sunday when state troopers and sheriff’s deputies fired tear-gas canisters and wielded nightsticks against the hundreds that marched across the Edmund Pettus Bridge (named for a Confederate general) seeking the right to vote. Two days later, when MLK led protestors across the bridge, troopers blocked their path again, but the confrontation was nonviolent and the marchers simply returned to Selma. Their third attempt to walk the 54 miles from Selma to the state capitol was successful, with thousands streaming into Montgomery after sleeping in fields along their five-day journey. This route along US 80 is now a national historic trail that commemorates many significant venues and events in the civil rights movement, including this voters’ rights march.

In Montgomery, the Rosa Parks Library and Museum honors the woman who is remembered for refusing to give up her seat to white passengers on a city bus. This incident on December 1, 1955, comes alive with an exhibit that relies on a cutaway yellow bus. The audio and projected video recreate the scene, from the driver telling Rosa Parks to get up, her famous response when told she would be arrested (“You may do so”), to the passengers’ befuddled reactions, the wail of the police sirens, and, finally, the police boarding the bus to arrest Parks.

King organized the subsequent bus boycott while he was pastor of the red-brick Dexter Avenue King Memorial Baptist Church, which is nearby. His basement office, where the boycott planners met, remains largely unchanged from the six years when he served as senior pastor. Also in the basement is a vibrantly painted mural illustrating MLK’s life and the civil rights movement. Upstairs in the sacristy, you can sit in one of the original hand-made pews and gaze at the wood pulpit where King preached. Several blocks away is the Dexter Parsonage, King’s white-washed home while he was a pastor. Here, tour leader Shirley Cherry provides an evocative narrative of key episodes that took place in every part of the house, starting with the damaged porch, where a bomb exploded in 1956 while Coretta King, their newborn baby, and a friend were inside. The most memorable room may be the kitchen, with its old Maytag washer, where Cherry movingly dramatizes an event that occurred a few days before the bombing. After receiving another harassing phone call and praying for courage, MLK heard God call him by name and urge him to stand up for justice, an epiphany that marked a turning point in his life.

A block from the Dexter Avenue church, the Civil Rights Memorial Center honors 40 people who lost their lives from 1954 to 1968. Outside a fountain designed by Maya Lin (known for her work on the Vietnam Memorial), water bubbles into a black granite table that’s engraved with a timeline bearing the names of the dead and important historical events in the movement. Inside, a wall is lined with images and a short biography of each of the martyrs. Displays in an adjacent hall depict other social-justice movements. You can add your name to the more than 500,000 running down the Wall of Tolerance, indicating that you’re committed to working toward human rights in your daily life.

Driving toward Selma on US 80, keep your eyes peeled for a small granite monument on the left, near a petite chapel. The memorial is a tribute to Viola Liuzzo, a white mother of five who was shot by the Ku Klux Klan near this spot after she’d shuttled African-American marchers back to Selma. Continuing on this historic route that rolls past verdant fields and farms, you’ll arrive at the Lowndes County Interpretive Center, set on land that was once a tent city for the African-American tenant farmers who lost their homes and jobs when they registered to vote. Here, a wealth of artifacts tells the story of the 1965 march: a cattle prod similar to the one used to subdue the marchers, a U.S. flag that was passed around by the protestors, and worn marchers’ shoes. In the Tent City exhibit, a replica of a bed reveals a shotgun under the mattress, used to protect the occupants from the routine drive-by shootings. 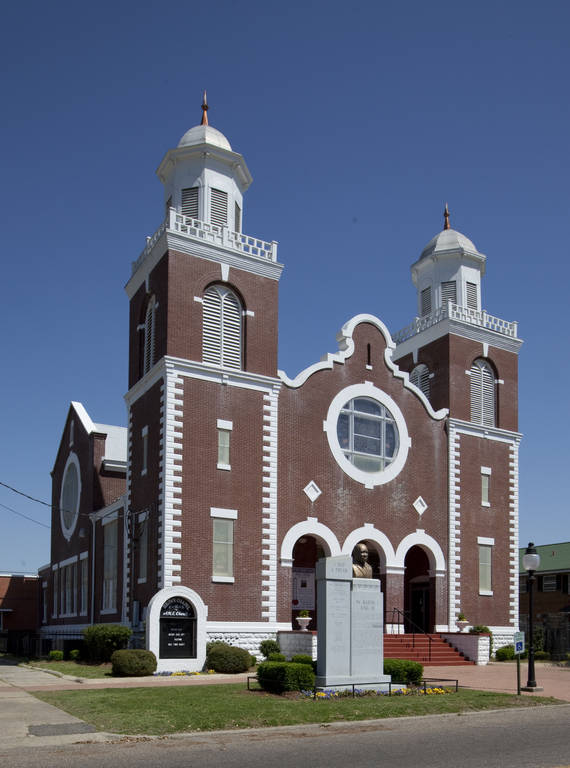 As you approach Selma, the Edmund Pettus Bridge looms large, spanning the Alabama River. There, on the southern approach, a phalanx of state troopers on foot and sheriff’s deputies on horseback attacked the marchers on Bloody Sunday. Nearby is the National Voting Rights Museum & Institute. An unremarkable façade belies a stirring collection of memorabilia documenting the brutality and bravery that characterized the civil rights movement, including first-hand video and audio accounts as well as written notes from the Bloody Sunday foot soldiers. The museum’s former director, Sam Walker, points to a wall covered with images taken on that day and says that a number of visitors who marched in 1965 are surprised to find themselves in the photos. The “Faces in the Crowd” exhibit identifies determined foot soldiers, such as one man who is blind and another man missing a leg, both of whom walked the entire 54 miles. Another wall is covered with emotionally charged quotes, including those uttered by a state trooper: “You have two minutes to turn around and go back to your church.”

Drive over the bridge, make a right on Alabama and a left on Martin Luther King, Jr. Street, and you’ll be on the route the protestors took when they left Brown Chapel A.M.E. Church on Bloody Sunday at the start of their five-day march in 1965. A focal point for the voters’ rights mass meetings, the 144-year-old Brown Chapel attracted packed crowds that included international clergy and, of course, MLK, who regularly spoke from the pulpit. The year before he became president, Barack Obama paid a visit to commemorate Bloody Sunday, a violent event that focused the world’s attention on America’s racial inequality. By following this route, you’ll walk away with genuine empathy for the people who lived through the tumultuous events of the civil rights movement. 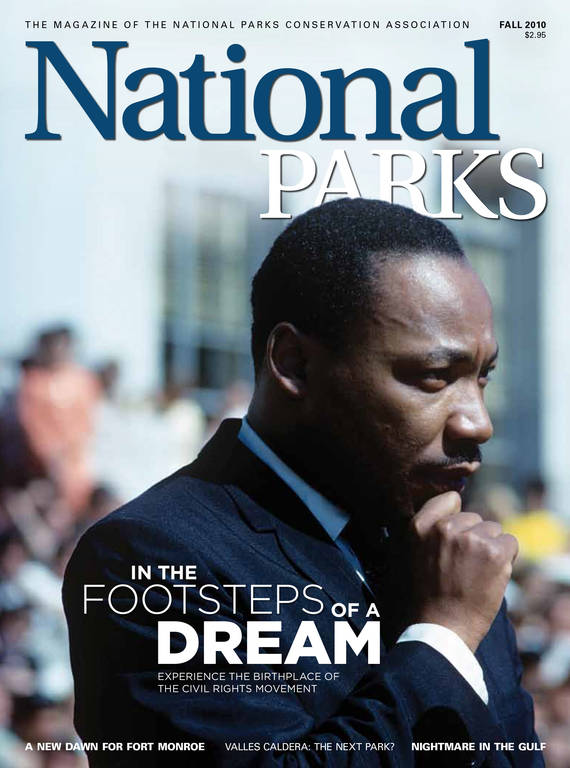 This article appeared in the Fall 2010 issue

In The Footsteps of a Dream