A Different Kind of Field Work

Farmers help preserve the historic feel at parks by keeping traditional crops on their landscapes.

Standing in front of the iconic Miller cornfield at Antietam National Battlefield, Natural Resource Program Manager Joe Calzarette paints a vivid picture of the Battle of Antietam. His animated descriptions, aided by the thigh-high cornstalks gently blowing in the breeze, help visitors envision the “carnage in a cornfield” that occurred here on September 17, 1862, when a fierce battle erupted between Union and Confederate soldiers, resulting in thousands of deaths in under three hours of fighting.

According to Union Gen. Joseph Hooker, who led a corps of soldiers into the battle, “every stalk of corn in the northern and greater part of the field was cut as closely as could have been done with a knife, and the slain lay in rows precisely as they stood in their ranks a few moments before. It was never my fortune to witness a more bloody, dismal battlefield.”

During the Civil War, the land surrounding Sharpsburg, Maryland, was primarily farms and pastureland. Today, the National Park Service actively manages this rural setting to preserve the historical landscape of what still ranks as the bloodiest one-day battle in American history.

Over three-fourths of Antietam National Battlefield is farmland or pasture. These open spaces form what Calzarette refers to as the “perfect canvas” for the visitor experience. Visitors to Antietam can stand in front of the Miller cornfield today and witness a landscape much like what soldiers faced over 150 years ago, thanks in no small part to Calzarette’s stewardship. 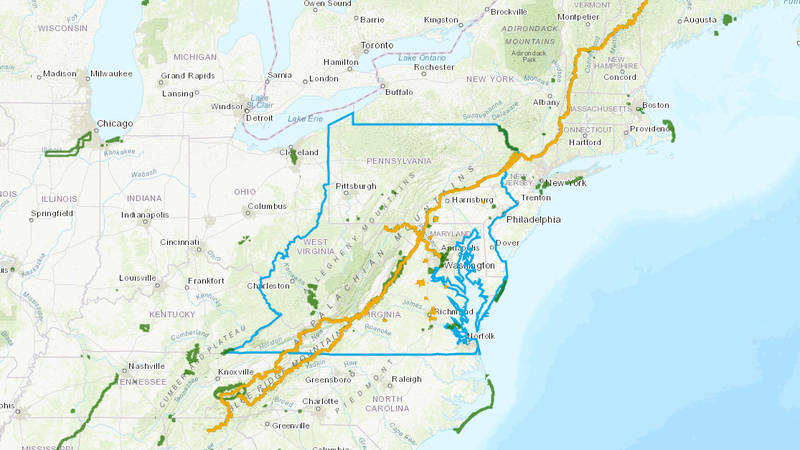 Farming in National Parks in the Mid-Atlantic

“You know you’re on the right track when visitors remark it’s a well-preserved battlefield,” he says. “What they mean by that is that it looks very similar to the historic appearance. People can tell when the landscape is encroached upon.”

Calzarette spent his childhood outside Philadelphia, in a very different setting from the pastoral landscape he now works to preserve. Growing up, he developed two passions that are perfectly suited to his career with the National Park Service and his 25-year tenure at Antietam: history and the environment.

Today, Calzarette is one of several Park Service staff in the Mid-Atlantic region who work to preserve agriculture for its cultural significance while also protecting the natural resources in parks from runoff and other impacts of farming. At least 14 national park sites in the region host agricultural activities by issuing leases or special use permits to farmers.

The partnership between the Park Service and the people they call their cooperators (the farmers under leases or permits) is meant to be mutually beneficial. Farmers have access to productive land, which is often in high demand, and the Park Service maintains the historical character of sites of national importance. 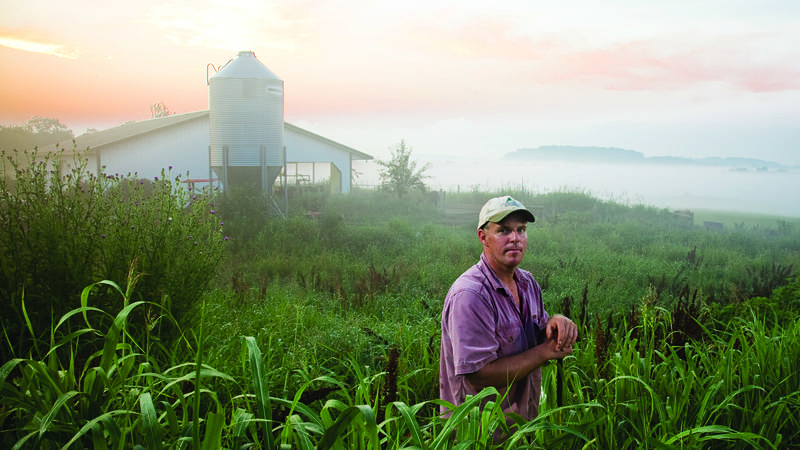 Back to the Land

What on Earth does farming have to do with the Chesapeake Bay? As it turns out, everything.

But according to Calzarette, the real difficulty comes when a historical landscape faces modern-day challenges. An overabundance of deer or the presence of invasive plants and pests can threaten park resources and a farmer’s bottom line. And farming practices that are vital for the visitor experience sometimes have the greatest potential to degrade the park’s natural resources. In the Chesapeake Bay watershed, for example, agriculture is the biggest contributor to nutrient and sediment pollution, which can degrade water quality for the whole region.

The mutual respect Calzarette has cultivated over the years with farmers makes it easier to set and maintain high standards for farming within the battlefield park, limiting water quality impacts. As Calzarette points out, “We are the National Park Service. We should be setting the standard … What does it say about us if we’re the polluters of water, we’re overgrazing our fields or have an exotic invasive problem?”

And while the farmers at Antietam National Battlefield come from diverse backgrounds, the requirements for each lessee or permit holder remain uniform. From Mennonite farmers using traditional methods to partners embracing the latest and greatest technology, Calzarette said most people farming within Antietam want to be good stewards — a desire that ultimately benefits park resources and the productivity and profitability of their fields.

While the goal of agriculture in parks is to provide an accurate historical backdrop for sites pivotal to our country’s history, few visitors know how much effort goes into preserving these landscapes. The 14 parks in the Mid-Atlantic region that host farming within their borders demonstrate that it is possible to strike a balance between protecting natural and cultural resources while managing the agricultural activities that preserve a historical landscape.

To learn more, visit our online StoryMap detailing how parks are minimizing the environmental impacts of farming. This balanced approach to resource management will help ensure that park visitors 150 years from now will to get to stand in front of the Miller cornfield at Antietam and experience a landscape not unlike the backdrop of that fateful day in September of 1862.