Total Eclipse? Totally Worth It 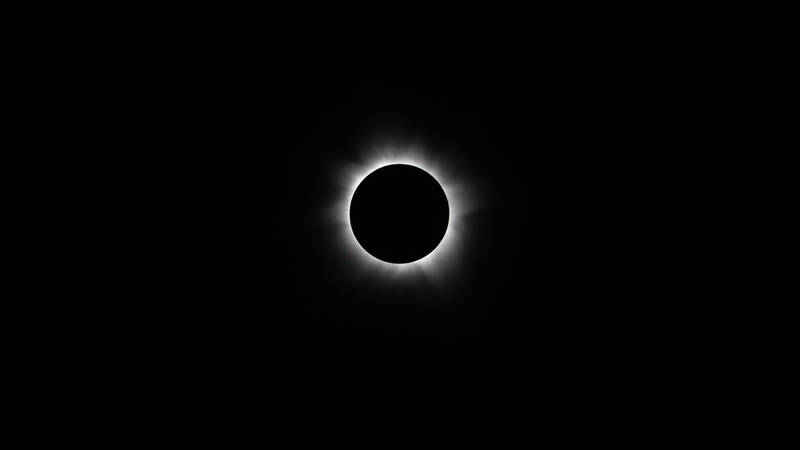 Are You Heading for Eclipse Chaos? Me, Too

The clamor engulfed the top of Carroll Rim and the Painted Hills Overlook hundreds of feet below, and a semi-darkness reminiscent of an overcast sunset descended suddenly on the Painted Hills unit of John Day Fossil Beds National Monument.

When the moon was in full alignment, only a thin circle of silver and one beam of light shone brightly on the edge of the obscured sun — a phenomenon known as the “diamond ring” effect — words couldn’t quite express the feelings rushing through thousands of solar eclipse enthusiasts.

“This is so beautiful!”

I and many others had scoped out this landscape of layered buttes of volcanic ash to watch the solar eclipse that zoomed across the United States on Monday. This was the first one that could be seen in the contiguous United States since 1979 when a total solar eclipse was visible from the northwestern corner of the country. The main reason for selecting John Day was twofold: The Painted Hills unit of the national monument was right on the center line of the path of totality, and August in Central Oregon all but guaranteed clear skies for the rare event.

A solar eclipse favors the great planners among us. Many had booked hotel rooms in the region years beforehand, and one Oregon couple had even built their house 16 years ago based on its location in the path of totality.

I am not one of those great planners. Against the advice of Nick Green, the city manager of the nearby town of John Day, I had planned to arrive that morning and leave the same day. My family and I had been vacationing just a couple of hours away from the national monument the previous week, but because we couldn’t find accommodations in the area for the night before the eclipse, we had all returned to Portland.

I scoured traffic reports on Sunday and mapped out an itinerary that avoided the worst roads based on predictions by Oregon’s transportation authorities (1 million out-of-state visitors were expected to flood to Oregon for the eclipse). I also secretly hoped that visitor estimates were overblown, or at least that those visitors were not going specifically where I was heading.

I was right — and wrong. Driving in the middle of the night, I encountered fairly empty roads and made the 200 miles or so to John Day Fossil Beds in a reasonable four-and-a-half hours. But about 50 miles away from the national monument, I started seeing a lot of cars on the side of the road. By the time I arrived near the entrance at 3:30 a.m., vehicles were parked bumper to bumper on the road itself.

At 6, cars filed into a hay field turned parking lot, and haggard travelers emerged wrapped in blankets. A few set up tripods on the flat beds of their pickup trucks, but most headed for the park, carrying their telescopes or folding chairs on their backs.

“There are more restrooms at the overlook one mile up,” one ranger shouted as lines started to form in front of a half-dozen portable toilets.

“Last time I was here I was the lone car!” one visitor told another ranger, as the park had already shattered its daily visitation record.

“This is like Woodstock!” exclaimed Michael Voudouris, a photographer who had driven from San Francisco and enjoyed letting passers-by look at sunspots through his camera. Most people settled around the Painted Hills Overlook, but some had scouted the park the day before and staked their claim on prime spots on the slopes as early as 4 a.m.

#{image.caption}
The darkness before the total eclipse.   Photo © Nicolas Brulliard/NPCA.

I decided to hike up to the summit of Carroll Rim, a butte overlooking the park’s namesake painted hills. I had read that sometimes you can see the shadow of the moon move across the landscape, and I was hoping the elevated vantage point would give me a chance to witness this rare spectacle. At the top, I found a lot of hardy astronomers who had lugged heavy equipment up the trail, many dogs (dogs on leash are allowed in the park), a guy in what appeared to be a monkey suit, and a small group of bare-breasted women.

“There it is!” someone shouted shortly after 9 a.m., as the moon started its cover-up of the sun. “The top right! There is a little nick!”

The eclipse process is slow and gradual, and spectators eager for totality expressed their impatience. “Come on, moon!” one woman shouted. A little while later, a man channeled his inner Chris Cornell and belted out the chorus of Soundgarden’s “Black Hole Sun.”

Finally, at about 10:20 a.m., the show started in earnest, and after regaling the audience with a diamond ring display, the moon and the sun combined to form a sort of eye of the cosmos — a pitch-black pupil surrounded by the sun’s corona. A mere two minutes after it began, the spectacle was over. Sunlight peeked from behind the lunar disk, and the darkness evaporated. I never saw the moon’s shadow move.

“The shortest two minutes of my life,” said another dejected spectator.

Moments later, many started packing up their stuff and walking downhill.

In fact, the show wasn’t completely over. Daniel Ng held a piece of white paper to collect the shadow of a low-lying bush. The gaps between branches and leaves act as a kind of pinhole camera and project little crescent-shaped shadows onto the ground. Ng also handed out an actual pinhole camera he had made from cardboard and a tin can to his children, Aspen and Anya, so that they could see the truncated sun without using eclipse glasses.

“Everybody is leaving, but it’s still going on,” said Ng, a viticulture researcher at University of California, Davis.

Voudouris was also keeping his eye on the growing sun. He invited a few departing visitors to check out the sun’s spots one last time through his camera’s viewfinder. Half an hour after totality had elapsed, he still had a big smile on his face. “I saw a flare!” he said.

Voudouris had generously let two children look at the eclipse during the two minutes of totality. During a chunk of that precious time, he actually forgot to take photos.

Another total solar eclipse on April 8, 2024 will be visible from parts of the United States, Mexico and Canada.