What’s Next for Jamestown?

Why NPCA is suing to fight a massive development project that would permanently mar one of America’s most historic landscapes.

#{image.caption}
A statue of Captain John Smith at historic Jamestown, where the famed explorer built the first permanent English settlement in the United States.   Photo © Demerzel21/Dreamstime.

Eariler this month, the U.S. Army Corps of Engineers dealt a blow to historic Jamestown. In a long-awaited decision, the agency approved a permit that would allow Dominion Energy, one of the country’s largest energy suppliers, to build 17 enormous transmission towers across the James River, near the site of the United States’ first English colony. 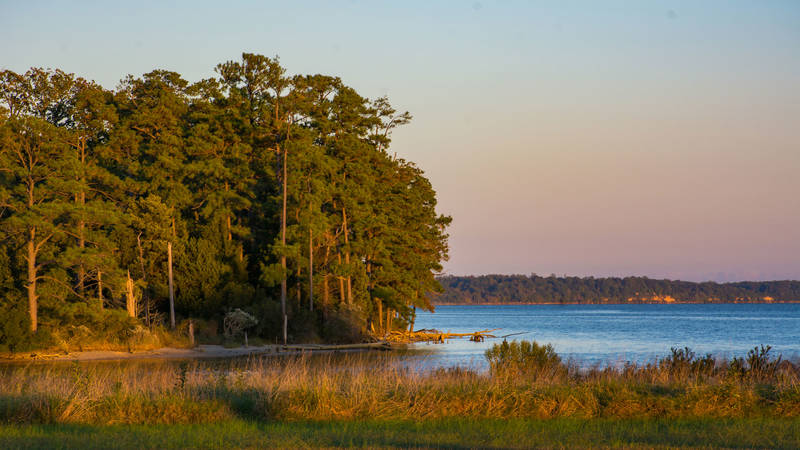 This obstructive power line and associated towers would degrade the historic character of several national park sites that preserve 400 years of American history, including Colonial National Historical Park, Colonial Parkway and the Captain John Smith Chesapeake National Historic Trail. These massive transmission towers — some nearly as tall as the Statue of Liberty — would also threaten federally protected species such as the Atlantic sturgeon and jeopardize the area’s $1 billion annual travel and tourism industry.

I have personally been fighting for the last five years on behalf of NPCA to stop this destructive project, and it is the toughest campaign I’ve been involved in during my 30-year career — but even with this recent setback, the fight is not over.

Two weeks ago, NPCA filed a lawsuit against the Army Corps of Engineers to prevent Dominion from desecrating this irreplaceable landscape. Under a key conservation law known as the National Environmental Policy Act, any project that could threaten a national park site, harm an endangered species or spark public controversy must be thoroughly analyzed in an environmental impact statement. In this case, Dominion’s proposed transmission towers would do all of these things — but the company has yet to complete the required evaluation. This would offer a thorough accounting of the effects the project could have on the environment, explore reasonable alternatives and provide sufficient opportunities for the public to comment on its plans. To date, the company has only completed a cursory environmental assessment and provided a single public comment period during this five-year process. This is woefully inadequate and puts nationally significant resources at severe risk.

NPCA’s lawsuit seeks to block construction of the project until Dominion and the Army Corps of Engineers complete the examination of project impacts and feasible alternatives that is required by law. And despite the difficult fight over the last five years, I believe that Dominion can still do the right thing and come out as a hero.

The truth is, the utility has numerous options for meeting the energy needs of the region without doing irreversible harm to its centuries of history. The company could run a transmission line under the river. It could retrofit existing coal-powered units slated for shutdown to run on oil or natural gas. It could add capacity in existing transmission line corridors further upriver. It could invest in increased efficiency measures to reduce demand. Dominion has insisted on pursuing the transmission tower plan because it preserves company profits, and the U.S. Army Corps of Engineers has so far failed to require the company to consider smarter strategies that maintain the historic character and environmental integrity of the area. Dominion does not lack options — only vision.

Though our campaign has experienced a significant setback, it is not over.

I am committed to doing everything in my power to stopping this terrible idea from becoming a reality. What kind of precedent are we setting for our country if we allow an ill-conceived project such as this to go through? There is only one Jamestown. This is the spot where Capt. John Smith built the first permanent English settlement in what is now the United States. It is a place every child learns about in school, where we can still go to imagine the history that took place here four centuries ago. If we allow a massive development project here, in the heart of what some call “America’s birthplace,” it could happen anywhere.

To date, the National Park Service, the National Trust for Historic Preservation and other organizations have spoken out against this project, in addition to more than 70,000 NPCA supporters. You can learn more about NPCA’s lawsuit and contribute to NPCA’s legal defense fund.