The Art, Science and Economics of Cherry Blossom Forecasting

The man charged with issuing this eagerly awaited forecast is Michael Stachowicz, a National Park Service horticulturist. Predicting the timing of a natural event highly dependent on weather is never an easy proposition, but this year Stachowicz’s task has been particularly arduous. 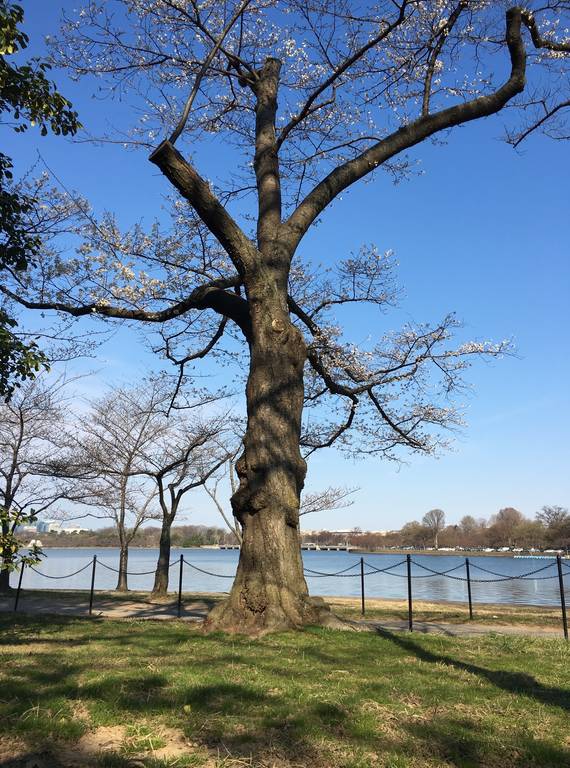 This cherry tree, believed to be part of Japan’s original gift of 3,000 trees in 1912, is known as the “indicator tree” as it blooms consistently earlier than the others.

Following an exceptionally warm winter, Stachowicz first said at the beginning of March that the peak bloom was only a couple of weeks away and that it could be the earliest bloom date on record. One unexpectedly cold weekend later prompted him to push back his initial forecast by five days, but then another cold front and a freak snowstorm hit the D.C. region, causing “widespread damage” to the emerging florets. Since “peak bloom” is defined by 70 percent of the basin’s more than 3,000 trees being in bloom, the Park Service is now concerned that we might not reach that stage this year.

“What does peak bloom really mean at this point?” Stachowicz said. “Those are the conversations we’re having.”

The cherry blossoms are more than just pretty scenery — they’re the focus of an annual celebration that is a boon to the local economy. About 1.5 million people — nearly half from outside the D.C. area — come each year to the National Cherry Blossom Festival, spending money on food, accommodation and entertainment to the tune of $150 million.

Though organizers go out of their way to tout cultural performances and the festival’s parade, a mismatch between the peak bloom and festival dates is a blow. Some people might decide not to make the trip if the bloom has come and gone, or if the flowers never reach their showy peak displays. Those who do come might leave unfulfilled. “They’re always disappointed when they miss the peak,” said Diana Mayhew, the festival’s president. 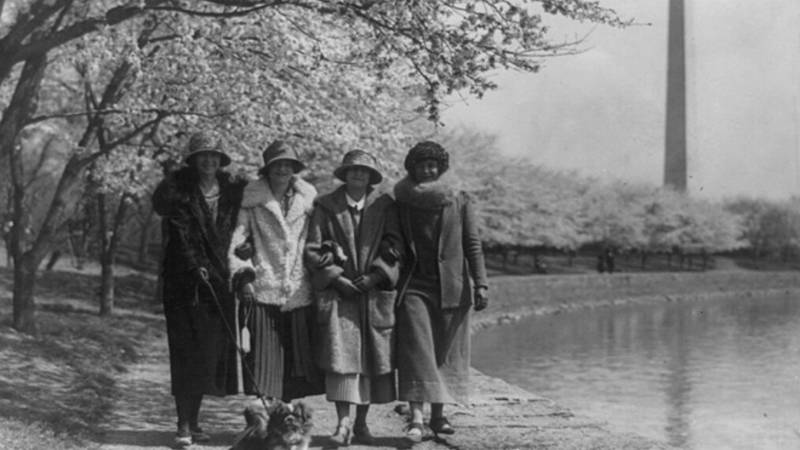 Early spring in Washington, D.C., is the time that thousands of locals and tourists come together to celebrate the city’s famous cherry blossoms.

So that’s why Stachowicz’s first predictions of the season had shocked dozens of reporters and TV crews at a news conference staged by festival organizers. One ranger brought the projected dates in a briefcase chained to his wrist with handcuffs (although he admitted that this was mostly for dramatic effect), and Mayhew joked that she’d been advised not to reveal the forecast in an envelope (a reference to this year’s Academy Awards snafu). In another bit of theatric flair, park staffers turned over whiteboards, unveiling the peak bloom dates: March 14 - 17. The problem? The four-week festival had long been scheduled to start on March 20, which meant that festivalgoers could miss the event’s main attraction. The earliest peak bloom ever recorded was March 15 (in 1990), so this prediction was entering record territory.

Mayhew said then that the festival would shift its dates as a result of the forecast and start instead on March 15. “We’re event planners,” she said. “We know how to adapt.”

In ideal conditions, the bloom can last several days, but frost can damage the blossoms and several consecutive days of subfreezing temperatures have done just that. Even after the flowers have bloomed, they can be gone in a matter of hours with a strong gust of wind or a heavy downpour. That is part of their symbolic value in Japan, said Kenichiro Sasae, the country’s ambassador to the United States. “Life is short like a cherry blossom,” he said.

Those are the risks when you organize an event around a weather-dependent phenomenon. On average the peak bloom occurs on April 4, but the date fluctuates wildly from year to year. The latest peak date was April 18 (in 1958). Though the general trend has been toward earlier blooms, one of the earliest bloom dates is the first one ever recorded (March 20, 1921).

Stachowicz doesn’t draw broad conclusions from the changing bloom dates — “People confuse weather with climate,” he said. Still, D.C.’s earlier spring is not an isolated phenomenon. Last year, a study found that of the 276 national park sites examined, 76 percent of them are experiencing early springs in comparison with historical norms. The study’s authors note that earlier springs could favor more adaptable invasive species, create a mismatch between blooms and pollinators, and require more park staff and resources to accommodate the longer visitation season. 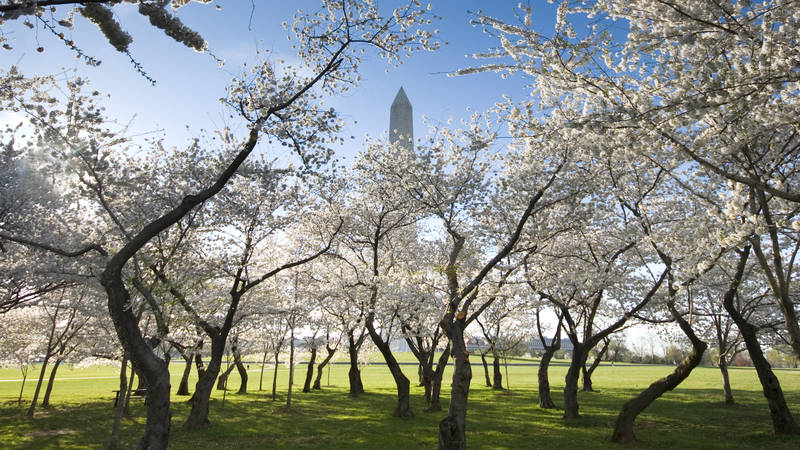 Washington D.C.’s tourists were loving its cherry trees to death, until a beaver showed them the way.

To formulate his predictions, Stachowicz relies on historical data and weather forecasts, and he takes regular walks around the Tidal Basin to look at the status of the buds. On a tour before the bitter cold hit the area, the branches appeared almost totally bare from a distance, but if you looked closer a more nuanced picture emerged. Many of the trees’ branches were dotted with green buds. Others sported bright pink florets, seemingly itching to burst. Very few displayed clusters of the creamy white flowers that draw throngs of admirers.

The goal of that particular outing was to determine whether the trees had reached the next stage in their development — extension of florets. Stachowicz had counted two trees in bloom — one of them is known as the “indicator tree” as it blooms consistently earlier than the others. “That, I know!” he joked. Yet, individual trees exhibited various blooming stages on their branches, and he was not ready to call the next stage.

As Stachowicz neared the end of his round, Nancy Duncan, a cherry blossom enthusiast from nearby northern Virginia, thanked him for the updates on the bloom stages he posts on the Park Service website. Duncan had her camera around her neck, but there was little white and pink for her to photograph. She didn’t mind. One of her favorite times to come see the cherry trees is the fall, when their leaves turn gold, red and yellow.

Stachowicz has been issuing cherry blossom forecasts for the past five years. The first year, he enjoyed a stroke of beginner’s luck — “I nailed it that year,” he said — but this year has been “super challenging.” Many of the blooms are brown and wilted, so Stachowicz is taking an inventory of the less advanced buds that withstood the cold weather. “Now it’s about regrouping and figuring out what’s left and at what stage,” he said. He’s still hopeful.

“There’s at least half the buds that are ready to grow out,” he said. “It will still be spectacular.”

Get updates on Washington, D.C.’s famous cherry blossoms (and learn the five stages the buds go through before reaching peak bloom) on the National Park Service’s “Bloom Watch” webpage. Learn more about the celebration on the Cherry Blossom Festival website.