How dragonflies are helping scientists understand mercury pollution in parks.

Every September, science teacher Jennifer Stainton leads 30 to 50 of her Woodstock Union High School students on a field trip to nearby Marsh-Billings-Rockefeller National Historical Park. After a 15-minute hike from the park’s parking lot, they arrive at the Pogue, a man-made pond surrounded by hemlocks, beech trees and sugar maples. 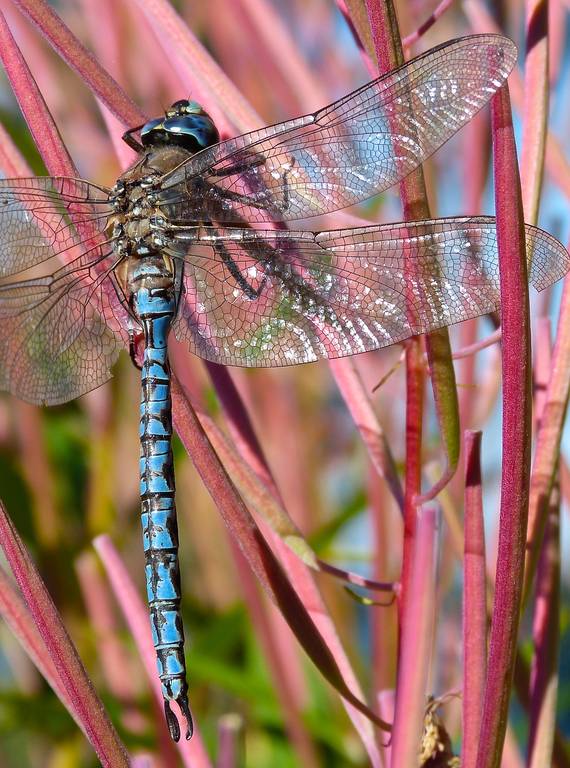 An adult dragonfly at Alaska’s Lake Clark National Park and Preserve, one of the parks participating in the dragonfly mercury project.

Wearing waders, the students enter the boggy waters and use their dip nets to scoop up peat-like muck from the pond floor. They’re looking for brown, alien-like larvae that can grow up to one-and-a-half inches long and eventually turn into one of the pond’s most scintillating residents: dragonflies.

Before they morph into their adult form, these larvae can spend years underwater. During that time, they gobble up smaller insects and accumulate mercury, a toxic metal that can have a devastating impact on wildlife. So year after year, Stainton’s students sift through the mud, collect dragonfly nymphs and ship them to scientists for mercury testing. The hunt sometimes turns into a competition of sorts. Researchers are happy if they can collect 15 specimens from any given site, but it can take as little as 30 minutes for a group of five students to catch 100 larvae.

“We don’t have all of them analyzed,” said Stainton, chuckling. “We put most of them back!”

The yearly ritual at the Vermont school is one small part of a nationwide effort. What started as a pilot project at Marsh-Billings-Rockefeller in 2010 has spread to more than 60 park sites in the Lower 48 and Alaska, and more than 2,500 citizen scientists — students and other visitors — have participated in the sampling campaign. Volunteers receive detailed instructions on how to find the nymphs, identify and measure them, and pack them for shipping, as well as guidance on the types of observations to record about the site’s environment. Some participants also collect water and sediment samples. “Given those tools, they do a really good job,” said Collin Eagles-Smith, a researcher with the U.S. Geological Survey who coordinates the project. “They really are providing meaningful and valuable information besides collecting dragonflies for us.”

In 1989, scientists found a high concentration of mercury in a dead Florida panther that had been living in Everglades National Park. The animal had preyed mostly on raccoons, which ate large quantities of mercury-contaminated fish. Thanks in part to reductions in mercury emissions from industry sources in South Florida, mercury levels in the Everglades’ fish and birds have since dropped by 60 to 70 percent.

Mercury is a metal that occurs naturally in rocks, including coal. Emissions from coal-fired power plants and the burning of other fossil fuels and certain waste are the primary sources of mercury pollution, but it is also released into the atmosphere through natural events such as volcanic eruptions and forest fires. The pollutant can remain in the atmosphere for years and travel thousands of miles before falling to the ground in the form of raindrops or dust, so even isolated wilderness areas can be affected. Bacteria then combine carbon with mercury to create methylmercury, a compound that is ingested by creatures large and small. Because fish and other wildlife eliminate mercury very slowly, their contamination levels increase over time as they continue to feast on mercury-rich prey. Though not at the top of the food chain, dragonfly nymphs are subject to contamination just like their fellow predators. “They will eat anything that they can put their mouth parts on,” said Sarah Nelson, an associate research professor at the University of Maine who initiated the project at Marsh-Billings-Rockefeller. “I have a colleague who used to call them micro-monsters.” 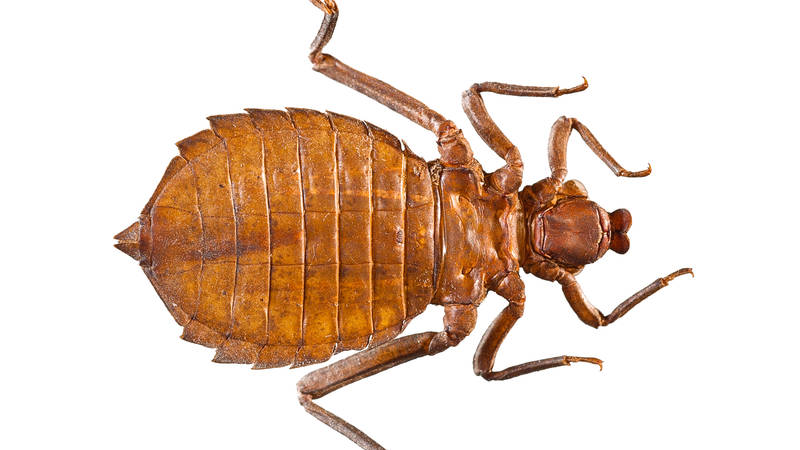 Dragonfly larvae are good indicators of the distribution of mercury contamination because they are present in many bodies of water where there are no fish and their physiology varies relatively little from one species to another.

© A. ANDERSON FOR ACADIA LEARNING

Many mercury studies focus on fish, but researchers involved in the project say dragonfly larvae are more appropriate candidates for a nationwide sampling effort. Dragonflies can be found in bodies of water where no fish are present, they’re easier to catch and the various species — hundreds in North America — are relatively similar to each other, physiologically speaking. “It makes for an easier apples-to-apples comparison,” Eagles-Smith said.

Monitoring mercury levels across the National Park System is crucial, because the pollutant can significantly affect the health and behaviors of wildlife in a variety of ways. High mercury exposure can make birds more likely to abandon their nests when disturbed, for example, and contaminated fish are slower to detect the presence of predators. These behavior changes can have a detrimental effect on entire animal populations, Eagles-Smith said.

Humans are vulnerable, too. In Minamata, Japan, decades of mercury pollution and the consumption of contaminated fish by the local population resulted in an outbreak of severe neurological disorders. Almost everyone has trace amounts of methylmercury, but the Environmental Protection Agency estimates that each year more than 75,000 newborns in the U.S. are at increased risk of developing learning disabilities because of their exposure to the pollutant while in the womb.

So far, the mercury picture provided by the dragonfly nymphs shows how widespread mercury is in the environment, and how much local conditions can influence contamination levels in these creatures. Some sites with high concentrations of mercury in fish also have relatively high concentrations of mercury in dragonfly larvae, confirming that those are valuable indicators on a national scale. The analysis phase of the project starts in earnest this year, and researchers hope that the combination of mercury tests, water chemistry data and observations about the habitat will shed some light on the factors causing variations in mercury levels, even within very small areas. The goal is to understand what drives high mercury concentrations and provide that information to policymakers, Eagles-Smith said.

Every year, Stainton’s students complete their own scientific project. They receive their test results from a lab at Dartmouth College, analyze them and present their findings to local researchers and the general public some four months after first getting their hands dirty at the Pogue. Stainton said the experience challenges her students’ notions of what science can be. It’s not only lab work conducted in isolation but also can involve working as a group, contacting researchers and communicating about the results. At the end of the project, the students told her they feel like actual scientists, Stainton said.

“This is information that real scientists need and are using,” she said. “The authenticity is what I love about it.”

This article appeared in the Spring 2017 issue