The U.S. Fish and Wildlife Service wants to remove Yellowstone’s grizzlies from the endangered list, but these iconic animals need better protections first.

Victory is rarely achieved alone. We often need a team of partners, especially when it comes to protecting our country’s national parks and iconic wildlife.

Take California’s Channel Islands. The U.S. Fish and Wildlife Service removed this national park’s namesake foxes from protection under the Endangered Species Act earlier this year after fox populations successfully rebounded from numbers that had plummeted in the late 1990s. The animals are now on the road to recovery, thanks to the National Park Service, state and federal agencies, local and national conservation organizations, and the American public. This was widely and rightfully celebrated as a collaborative victory. 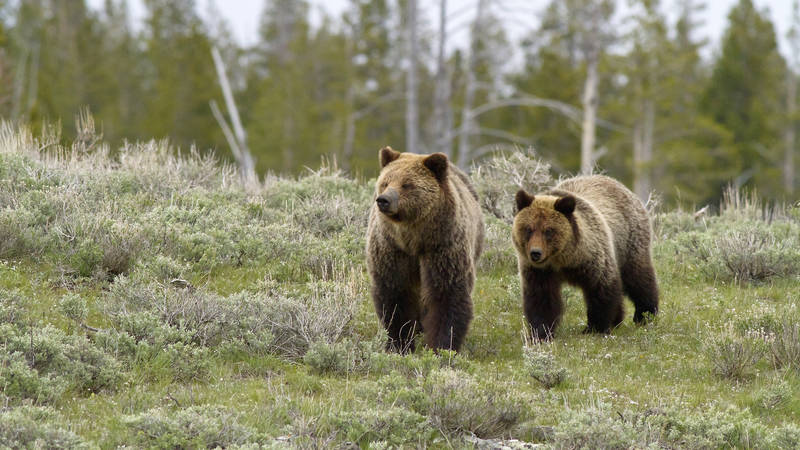 In stark contrast, the U.S. Fish and Wildlife Service is rushing a recent proposal to remove the Greater Yellowstone Ecosystem grizzly bear from the Endangered Species List. The agency has failed to institute a collaborative process or include provisions that ensure the long-term health of this population of grizzly bears. To date, the agency has failed to adequately engage the public and cooperating agencies, including the National Park Service, in this crucial decision. The current proposal threatens the long-term health of this iconic animal, which Americans have made great investments in protecting since the agency first listed the species as threatened in 1975.

NPCA has many concerns with the plan as it is currently written. The proposal:

Federal and state agencies have dedicated more than four decades of effort and millions of taxpayer dollars to conserving this grizzly bear population. Yet, the current proposal ignores important concerns raised by the National Park Service, the agency responsible for the core of the ecosystem’s population. Instead, the U.S. Fish and Wildlife Service appears to be scrambling to complete the delisting before the end of the year. An ill-planned removal of grizzly bears will not only jeopardize the long-term survival of this species, but also the continued success of the Endangered Species Act.

Luckily, there is still a chance to pause the delisting process and take the time needed to address the concerns of the National Park Service, the conservation community and other concerned individuals.

Last spring, nearly 18,000 people asked U.S. Fish and Wildlife Service to improve its plan. But if the agency doesn’t make these improvements, it is our hope that the Department of Interior and the White House will halt the current delisting process while they still can. The grizzly bears that call Yellowstone, Grand Teton and the Greater Yellowstone Ecosystem home deserve an effective long-term plan for survival, not a rushed decision that threatens to reverse more than 40 years of progress that so many have worked so hard to achieve.