Get yourself under a dark sky tonight for a chance to see a remarkable “outburst.”

From the glow of fireworks and fireflies to dazzling sunsets, every summer holds the promise of a memorable light show or two. This week, we’ll be treated to a spectacular display of a different kind.

At its peak every August, the Perseid meteor shower reliably lights up the night sky with as many as 100 meteors per hour. For the night of August 11-12, 2016, however, astronomers are predicting the occurrence of a so-called outburst, with 200 meteors per hour. (While a fair number of meteors might be visible for a few days on either side of the peak, the vast majority of them will occur during this particular window of time.) 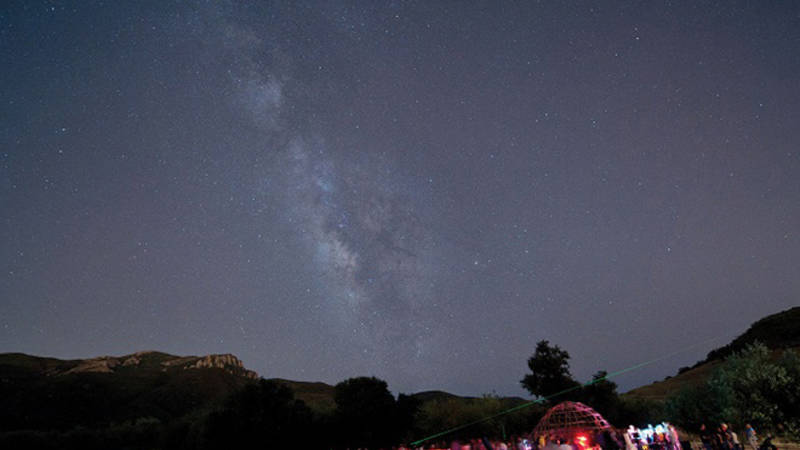 Summer nights may be short, but national parks often host extra activities to educate and entertain visitors during this popular tourist season. Whether you’re exploring on your own or hanging…

Why the extra dazzle this year? We can thank Jupiter. Each year, the Earth passes through trails of debris created by the comet Swift-Tuttle. When these space rocks, ice and dust enter the Earth’s atmosphere, they burn up, creating the fleeting bursts of light in the sky that we know as the Perseid meteor shower. This year, Jupiter and other giant planets have influenced the orbits of the particle trails, moving them closer to Earth, which should cause a corresponding increase in activity. Even in an average year, the Perseids are among the brightest and most colorful of meteors — so the outlook for a remarkable event is very good.

But lawn-chair astronomers still need three things to really enjoy the show: fair weather, a cooperative moon and dark skies. While there’s not much one can do about the weather, the good news is that the waxing gibbous moon will be setting late tonight, just as the meteor shower peaks in the wee hours of Friday morning.

All that remains is a dark sky — and even if you can’t make it to one of the designated dark-sky parks like Big Bend or Death Valley, the National Park System offers hundreds of places where you can enjoy the splendor of the night sky away from the haze and light pollution from densely populated areas. Several of them, from California’s John Muir National Historic Site to Virginia’s Cedar Creek and Belle Grove National Historical Park offer watch parties and ranger-led programs, so be sure to check with your favorite park.

Once you get there, settle into a comfortable spot with an unobstructed view of the sky and enjoy the show. And should clouds put a damper on your viewing this time around, don’t worry. It just means plenty of time to daydream and plan ahead for next August!