Trivia Challenge: The Darkest National Parks in the United States

A: It’s no wonder the National Park Service manages seven of the world’s 22 darkest parks—the agency has a dedicated Night Sky Division that works to protect natural darkness throughout the park system. Of all the regions in the country, the Colorado Plateau in the American Southwest is one of the darkest, thanks to its clear air, frequently cloudless skies, and sparse population. The region even has its own cooperative linking communities, tribes, businesses, and government agencies to help maintain its starry skies. 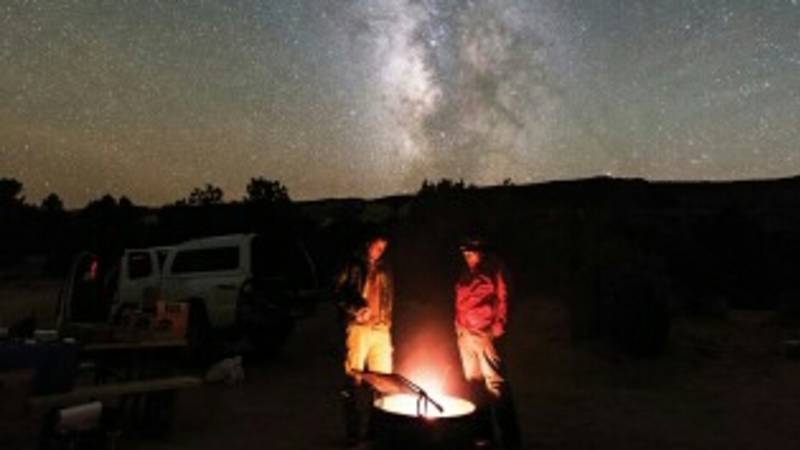 It’s in this plateau region that park and community efforts paid off with the most recent dark-sky park designation at Capitol Reef National Park in Utah. Park officials have worked for more than a decade to expand Capitol Reef’s astronomy programs for park visitors, create a volunteer program for night-sky enthusiasts, and offer educational outreach to the larger community through organized events. The park even offers a junior ranger badge in astronomy! Far from the glow of any major metropolitan areas, park officials maintain a rustic environment where stargazers can enjoy the wonders of the Milky Way, and staff hope the new designation will raise Capitol Reef’s international profile and bring new tourism to the park.

Most of these parks offer year-round programs encouraging visitors to get outside after dark with rangers, telescopes, guest speakers, and community enthusiasts. If you live in or are traveling to the Southwest, be sure to check the calendar of events at these parks. Capitol Reef even offers night-sky charts at its visitor center to help with your own journeys backpacking, camping, or just taking a leisurely stroll after dark.

The entire list of international dark-sky parks, reserves, and communities is available on the International Dark-Sky Association’s website.

Make Plans to See the Stars

Though winter is generally the best time for stargazing due to the drier air and longer nights, many parks host special astromony programs and festivals during the warmer months when visitation is higher and nighttime temperatures are more pleasant. Search for upcoming events on the Park Service website.

NPCA is proud to support the Great Basin Astronomy Festival September 10-12, 2015. Learn about the universe with “Dark Rangers” and a host of night-sky experts at this star-studded bonanza packed with fun events, including plenty of fun for kids.