In Black and White

By Nicolas Brulliard
Spring 2016: In Black and White 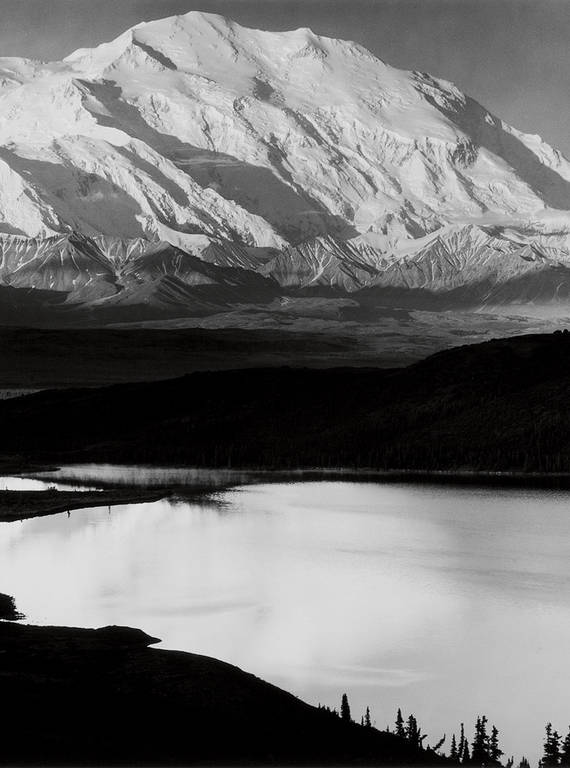 Ansel Adams’ photograph of Denali and Wonder Lake is one of nearly two dozen images of national parks included in an exhibition of the artist’s work at Reynolda House Museum of American Art.

Rarely do artistic representations of icons turn into icons themselves, but that’s the feat many of Ansel Adams’ photographs have achieved. His black-and-white images of Yosemite’s Half Dome and the Tetons have adorned posters, books, and calendars and become nearly synonymous with the national parks they represent.

“Even if you haven’t been to a given national park, you will often know what it looks like in part because of Ansel Adams’ photographs,” said John Rohrbach, who curated an exhibition of the artist’s work that opened at Reynolda House Museum of American Art in Winston-Salem in March.

Adams’ passion for national parks dates back to his teenage years, when he captured images of Yosemite with a cheap Kodak camera his parents had given him. Adams later acquired a mastery of both photography and processing techniques that allowed him to darken certain sections of his pictures while lightening others, creating stark contrasts between skies and landscapes. His love of the American West and its parks never abated. 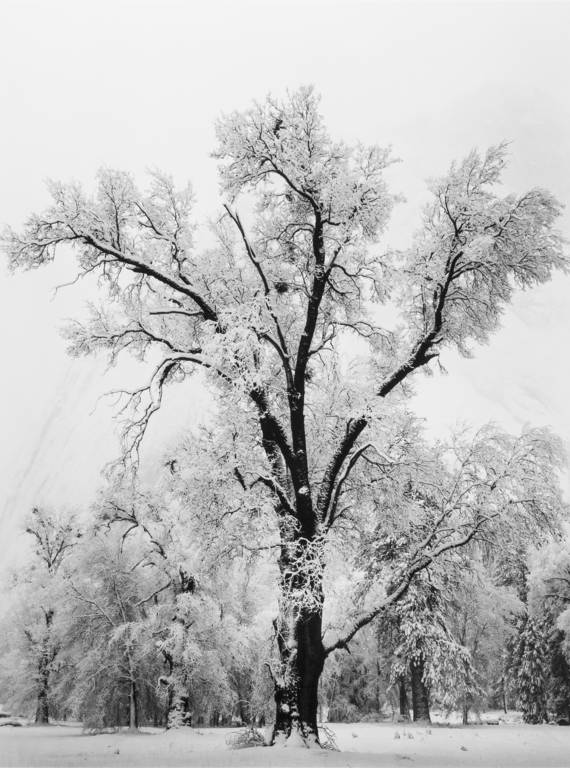 The Reynolda House exhibition, culled from private collections and the Amon Carter Museum of American Art in Fort Worth, Texas, showcases nearly 40 photographs—most of them scenes from national parks. Some photographs, such as the 1927 shot of Half Dome in the winter, may trigger a feeling of déjà vu, but visitors might be surprised by the close-ups and smaller pictures, said Rohrbach, the senior curator of photographs at the Amon Carter Museum.

“We tend to think of Adams these days in terms of all those large prints, but those small prints really have a jewel-like beauty that’s unexpected,” he said.

A Sierra Club board member for decades, Adams was a vocal advocate for the preservation of wild spaces throughout his life. “People ask me why I am so presumptuous as to write letters to the newspapers and all that,” he said in an interview shortly before his death in 1984. “Somebody has got to do it. I would like to get more people to write letters. So I keep my promise of doing at least one thing a day, one thing related to the environment in some way.”

But it is his photographs that contributed most significantly to the conservation movement by showing what was at stake. His images of Kings Canyon are credited with helping pave the way for the creation of the eponymous national park in 1940.

Allison Perkins, Reynolda House’s executive director, said the exhibition, which coincides with the National Park Service centennial, goes beyond the presentation of beautiful photographs and seeks to prolong Adams’ legacy as both an artist and an environmentalist.

“While that’s not the express mission of the museum, we can encourage people to be advocates of the natural world,” she said, “and to be protective of these really sacred places.”