No, National Parks Are Not America’s 'Best Idea'

Could the way some enthusiasts refer to national parks actually alienate the diverse supporters the parks need?

Writer and conservationist Wallace Stegner once referred to national parks as America’s “best idea.” Over the years, many national park advocates—including staff at NPCA—have enthusiastically embraced this description of the sites within our park system and the principles by which they are preserved. One long-time NPCA employee shares a differing view and a sensitivity to how this term can actually alienate some of the parks’ biggest supporters—like him.

When I was a boy, the annual summer pilgrimages my family made to Gettysburg National Military Park ignited my lifelong passion for American history. As a high school student, I experienced my first cleanup at Fort DuPont, a National Park Service site across the street from my parent’s house in southeast Washington, D.C. For the past 15 years, I’ve worked for the National Parks Conservation Association, helping to fulfill our mission to protect and enhance America’s national parks for future generations.

I think it would be fair to say that America’s national parks mean a great deal to me.

But parks are not America’s “best idea,” and describing them as such may be preventing us from creating and sustaining the diverse constituency our national parks need to survive and thrive in their second century. As an African American, I will tell you that national parks don’t crack the top 10 list of best ideas. The Emancipation Proclamation; the 13th, 14th, and 15th Amendments to the Constitution; the Voting Rights Act of 1964; and Civil Rights Act of 1965, respectively, all occupy a higher place in the order of best ideas than our national parks. Gay men and lesbians probably feel the same way about the recent and long overdue Supreme Court ruling on marriage equality. Asian Pacific Islander Americans might add the repeal of racist exclusionary laws. For women, it may be the passage of the 19th Amendment. 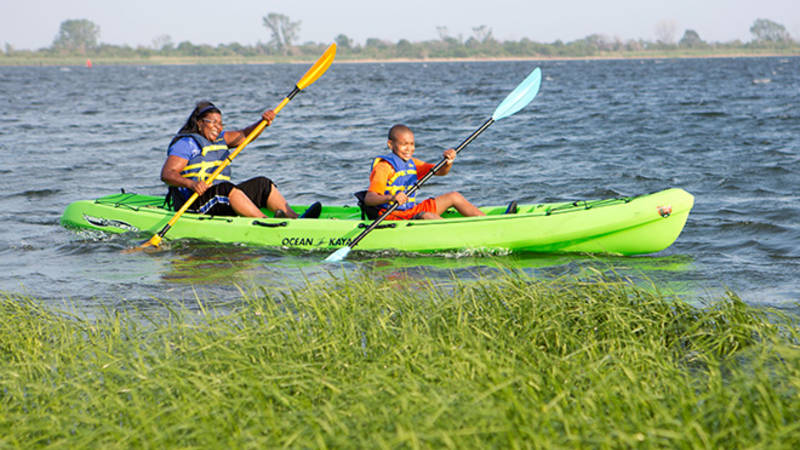 On the Eve of the National Parks’ Centennial, We Must All Work to Make Parks More Diverse

Next year marks the 100th anniversary of the National Park Service. I cannot imagine a world without the beauty these spaces offer us.

The “best idea” language has the potential to alienate more people than it attracts because it assumes we all regard national parks with the same unfettered and unequaled devotion. This is simply not the case. If asked to choose between the Grand Canyon or a landmark decision on Civil Rights that guarantees me equal protection under the law, Brown v. Board of Education wins with me hands down every time. And this isn’t strictly a racial or ethnic thing either. Are we really prepared to say that national parks rank higher than the Bill of Rights, the G.I. Bill, and the space program?

Park enthusiasts moved to hyperbole by the majestic splendor of our National Park System often fail to see the arrogance at the heart of the “best idea” sentiment. It’s the assumption that those who don’t get national parks have failed to embrace a universal concept. That we need to be converted into believers not for the sake of park protection, but to improve lives not yet blessed by a visit to Old Faithful. We see this expressed most perfectly by people who doubt the importance of ensuring parks are relevant to a diverse audience. These people proclaim that in a democracy there’s no harm if black and brown people are staying away from national parks of their own accord. “If they don’t get it, they don’t get it!”—and perhaps don’t deserve it.

There is more to our history.

Two large challenges emerge to this reasoning. First, it takes a completely ahistorical approach to the development of the National Park System and our shared legacy as Americans. In 1916, the year the Organic Act was written and the National Park Service established, 55 African Americans were lynched. Discrimination against racial and ethnic minorities was the law of the land. If you’ve ever wondered why black and brown people haven’t visited national parks in representative numbers, it’s because from the very start of the parks idea we’ve been preoccupied with other concerns.

Second, it ignores that our national parks need a broader base of political support. We need more wins on park funding, resource management, and protection, and a stronger defense against harmful legislation that, on a monthly basis, would undermine the health of our national parks. It is therefore critical to create and sustain the most diverse, informed, and well-engaged constituency possible to influence our elected leaders to treat national parks with the respect they deserve. The “best idea” notion complicates that outreach by promoting the argument that people need parks more than parks need people.

Fortunately, champions from diverse and underrepresented communities are stepping forward to take their rightful places at the forefront of the environmental, conservation, and preservation movements. Those who marched from Selma to Montgomery and their descendants are now preserving that hallowed ground. The people who led the rebellion at the Stonewall Inn, and their descendants, are leading the campaign to have that historic site given its rightful place in the National Park System. This is progress.

While not being the best idea, national parks are certainly a great idea and one that’s based on fundamental democratic values. The decision to hold these places in reserve in perpetuity for the benefit, enjoyment and inspiration of people worldwide was historic. And we need people to advocate to ensure that these places remain well-managed, well-funded and well-regarded.

But please, let’s not attribute the rise of the underrepresented to a newfound devotion to America’s best idea. Rather, I think that our national parks are like most of the other laudable, lofty ideals created by Americans: an ever-evolving concept filled with great promise and in need of constant stewardship. If our job as citizens is to help create a more perfect Union, then it makes sense that we should all have a role in creating a more perfect National Park System. I think people of color and underrepresented groups are ready to take on a larger share of that responsibility, but only if we can have an honest discussion about how and why we enter the national parks movement, and where those magnificent sites fit into that long list of America’s best ideas.

A version of this story originally appeared in “Ranger” magazine and is reprinted with the permission of the Association of National Park Rangers.