Researchers recently discovered a new species in Great Basin National Park. But will its habitat go down the drain?

One overcast November morning in 2008, Gretchen Baker, an ecologist for Nevada’s Great Basin National Park, and Ben Roberts, the chief of natural resources, set off to map Model Cave. The pair donned helmets and yellow waterproof suits, hiked through snowy piñon-juniper woodland, and slid into the narrow entrance of the cave, not far from the Pole Canyon Picnic Area. Over several hours, they belly-crawled through dusty passageways barely taller than a car tire, squeezed through holes, shimmied up muddy slopes, and waded through frigid water.

Many of Great Basin’s sensitive caverns, such as Model Cave, are closed to the public. But in Lehman Caves, visitors can see calcite stalactites, stalagmites, and hundreds of rare formations that look like dripping shields.

Like other caverns in Great Basin, Model Cave’s water level rises and falls with the seasons, but on occasion it can rise 15 feet in one day. Sure enough, as they retraced their steps toward the entrance of the cave, the water in one pool had risen enough to catch their attention.

Roberts peered into it and noticed, to his surprise, something wiggling. The pair got down on their hands and knees and saw several tiny shrimp-like creatures floating in the water, each barely the size of a pencil eraser. Baker slid a few inside a tiny vial. Later, she sent the specimens to a cave-biology expert, who immediately called her to plead for more. This was a species new to science.

“The discovery was almost by accident—we hadn’t been looking for new species,” says Baker. “It was beyond my wildest expectations to find something so interesting and bizarre.”

These tiny white crustaceans, now called Model Cave amphipods or White Pine amphipods, live in cool, clear groundwater and have, to date, only been found in two pools in this single cave. The rare invertebrates feature long antennae, mandibles with tiny teeth, and a fan of spiny appendages like those of a lobster. Because the species has adapted to the darkness, they have no eyes or pigment. 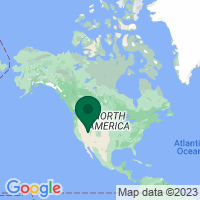 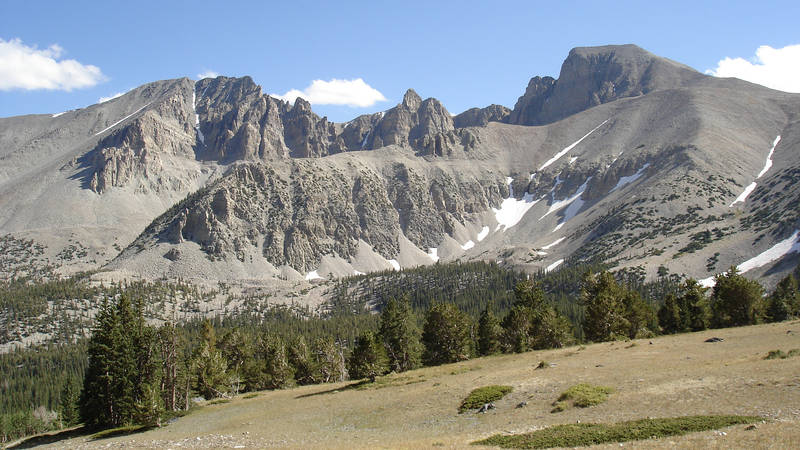 The diversity of natural beauty at this park makes it a must-see destination for outdoor lovers — the hardest part is knowing where to start. Climb or take a scenic…

Later that winter, Baker, Roberts, and other park staff visited the cave again to collect more amphipods, but when they arrived, the pool had dried up. They realized that the creatures can travel through the mud, following water through a maze of cracks in the cave walls to places so deep no humans can follow. After five muddy, tiring, exasperating trips that winter, the pair finally found full pools with hundreds of amphipods. Using these specimens, cave experts in Illinois and Virginia officially established the new species in 2011. Now, a preserved amphipod is housed at the Smithsonian’s National Museum of Natural History for future study.

Great Basin National Park was established to preserve a wide array of beautiful landscapes, including sagebrush desert, stands of ancient bristlecone pines, and craggy 13,000-foot peaks. With some 8,000 feet of vertical relief, it hosts a mind-boggling diversity of wildlife and some 800 species of plants, from cacti to aspen trees. The park’s 46 limestone caves may seem lifeless by comparison, but wondrous creatures have emerged from these extreme environments. Because these niche ecosystems developed in isolation, unique, endemic species evolved inside them. Since 2002, biologists and Park Service staffers have discovered ten new species in the park’s caves, including white and yellow millipedes and globular springtails—small invertebrates with spring-like mechanisms that allow them to leap away from predators.

Although the park seems far from civilization, it does face potential threats, and so does the little amphipod. The Southern Nevada Water Authority has plans to pump groundwater from a nearby valley and build a pipeline to carry it to Las Vegas. The water agency secured approval from the Bureau of Land Management to build the pipeline in 2012, but some environmental groups are litigating the proposal. During the environmental-assessment process, NPCA organized a letter-writing campaign to the BLM and the Nevada State Engineer.

“No one knows exactly how much groundwater is in the aquifers that surround the national park—and no one knows how much pumping is too much,” says Lynn Davis, manager of NPCA’s Nevada field office.

In response to the pipeline plan, the Park Service is working with other government agencies to investigate how drilling might affect groundwater levels and vulnerable species like fish, frogs, and springsnails. Park managers are concerned that the pumping could have long-term impacts not only on wildlife and plants but on the landscape and the air.

“If the pumping dries out the valleys, the vegetation will die,” says Steven Mietz, superintendent of Great Basin National Park. “That could create air-quality impacts that could become a regional problem.” Another concern is that if the water table drops, the dissolving process that formed the caves will stop—and the creatures inside will suffer.

It’s not just the amphipods that are potentially at risk, but also animals that have yet to be discovered. “I’m certain there are other species, we just don’t know how many,” says Steve Taylor, a macroinvertebrate biologist at the University of Illinois at Urbana-Champaign who identified the amphipod and runs cave surveys in Great Basin. “It’s still a frontier with a lot of unknowns.”