Florida Bay is an estuary protected in large part by Everglades National Park. It has been plagued by problems from development upstream and starved for clean water. Now, years of work to save the bay could fall short if we don’t act to demand a better water management plan.

At the southernmost point of the Florida Peninsula sits Florida Bay, an 850-square-mile estuary that supports the valuable fishing and tourism industries of the Florida Keys. Part of the Everglades ecosystem, the bay has suffered for decades from changing development patterns that have placed increasing demands on the region’s water. These conflicts have deprived the bay of the natural flow of fresh water that sustained the ecosystem for centuries, leading to the widespread death of its seagrass and fish. 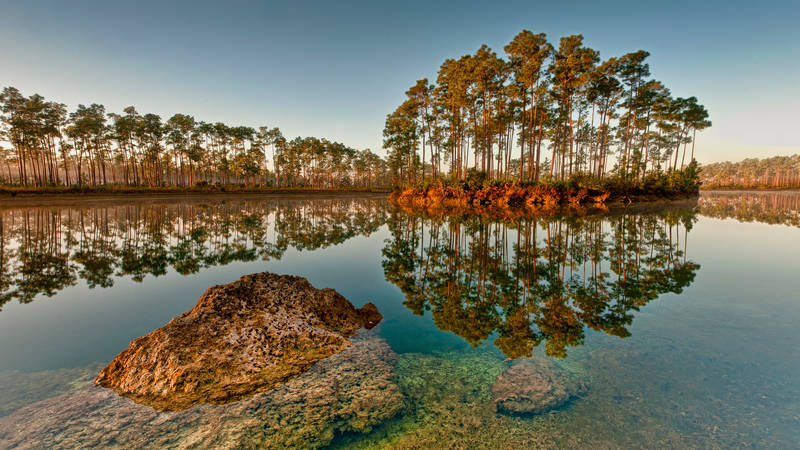 Florida Bay advocates are calling on government agencies to develop alternatives that maximize the amount of freshwater flowing into Everglades National Park and provide immediate benefits to the Bay.

In the 1980s, after a catastrophic die-off of seagrass and fish, a grassroots movement formed to protect the Everglades. Thanks to the work of these concerned citizens years ago, Congress authorized a major investment in infrastructure to help bring more water to Florida Bay. This improvement plan, known as the Modified Water Deliveries to Everglades National Park Project (or “ModWaters” for short), led to the construction of canals, levees and pumps that would help significantly more fresh water flow south to the Everglades and Florida Bay region.

Now, after the government has spent decades of work and nearly $1 billion in taxpayer money, this infrastructure is finally ready to use. ModWaters is among the first major Everglades restoration projects that the government has completed and should be a cause for celebration. But new plans by state and federal agencies governing how to use this new infrastructure could shortchange the very purpose it was built.

Unfortunately, the proposed Combined Operational Plan released in August 2018 simply does not take advantage of the system’s new capacity to send fresh water to the places that need it most. The federal and state agencies managing ModWaters and other restoration infrastructure, such as the Tamiami Trail bridging, released several proposals outlining how to manage the region’s water, and not one does enough to address the region’s water crisis. Some alternatives would send less water than is currently flowing to the bay and would actually worsen the problem. Why? To provide drier field conditions to privately owned agricultural lands adjacent to the park.

Maximizing the amount of fresh water flowing into Florida Bay must be the top priority for ModWaters and other projects that were specially created — at great effort and expense — to restore Everglades National Park.

NPCA and its partners will continue to fight for a bold plan to save Florida Bay. This national treasure must be restored for the health of Everglades National Park, the health of the economy in the Florida Keys, and the enjoyment of people for generations to come.