Hurricanes Harvey, Irma, and Maria devastated communities. They also caused unprecedented damage to national parks. Hundreds of millions of dollars are needed to repair these parks and protect the National Park Service budget, which is already underfunded and cannot absorb the huge cost of hurricane recovery. 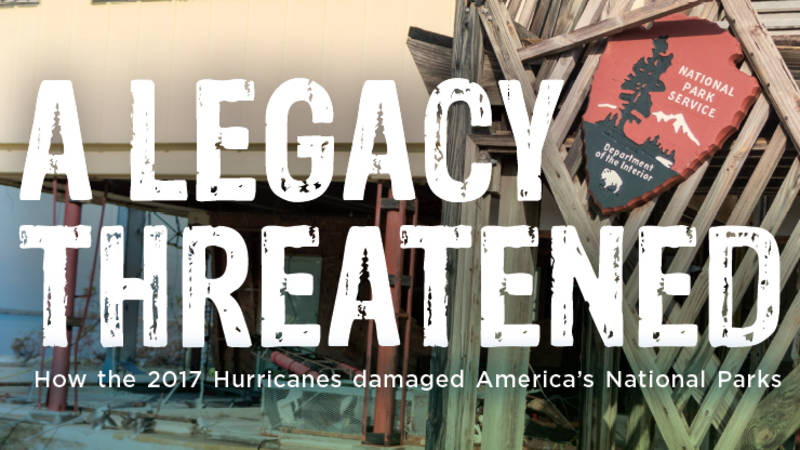 NPCA’s photo book shows the damage to parks caused by the 2017 hurricanes.

We urge support for including robust National Park Service funding in the next disaster relief bill. The funds must be sufficient to meet parks’ needs and rebuild infrastructure to be more resistant to future storms.

National parks are integral to the economic well-being and quality of life for surrounding communities including those devastated by recent storms; their repair is critical to support the economy and livelihoods and restore America’s natural and cultural heritage.

More than 50 park sites in nine states and territories were impacted by the hurricanes, damaging infrastructure and habitat and causing park closures.

Rebuilding is critical for the health and recovery of local economies that rely on park visitation. National parks generate more than $30 billion for the U.S. economy and support nearly 300,000 private-sector jobs annually. 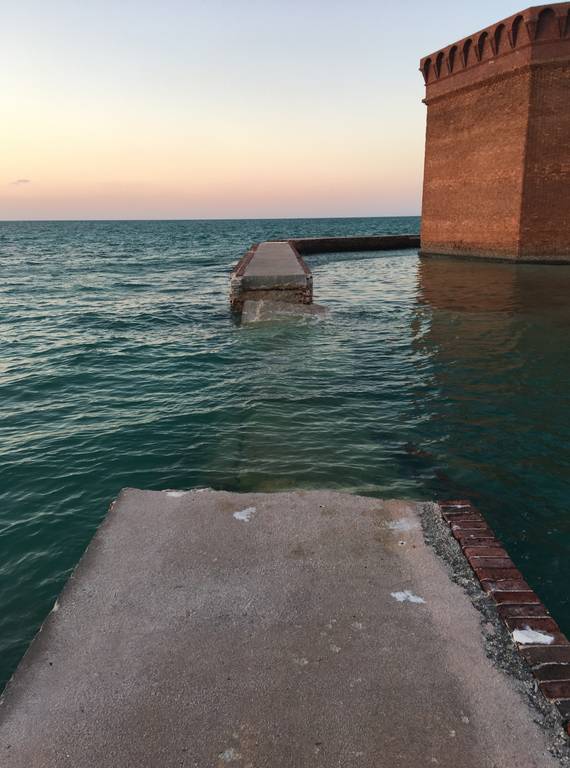 A collapsed section of the moat wall at Fort Jefferson at Dry Tortugas National Park.

NPCA and its partners are deeply concerned about the threat to National Park Service funding if the agency must absorb the enormous costs of repairing hurricane damage. The damage is so great in magnitude that it is estimated to be on the scale of the entire annual budget for maintenance and repairs, estimated in the hundreds of millions of dollars. The National Park Service continues to assess park damage totals.

Absorbing the enormous cost of these disasters would only set back these efforts to meet challenges and address other longstanding infrastructure needs.

Congress has made headway in addressing park maintenance the last two fiscal years; failure to include storm costs in a supplemental funding bill would undermine that effort.

The Park Service has already been challenged by insufficient funding for maintenance, operations and increased visitation. Over the last five years, park visitation has increased 19% while staff levels have decreased by 11%.

The Need for Resiliency Funding

At Jamaica Bay at Gateway National Recreation Area, projects helped restore salt marshes and wetlands, which protect communities against flooding, erosion, and storm surges while serving as nurseries for fish and birds.

The next disaster supplemental should not only cover costs to repair and rebuild ecosystems, infrastructure, and historically significant structures, but also dedicate resiliency funds to better safeguard national park sites and communities.

In 2013, Congress included park construction needs in the Hurricane Sandy disaster relief bill as well as funding for resiliency projects to restore fish habitat, marshes, and wetlands to reduce the risks of flooding and catastrophic dam breaches and protect communities from storm surges.

The next supplemental funding bill must ensure national parks are built to better withstand future storms.

#{image.caption}
Park buildings, boardwalks and docks were damaged at Biscayne National Park.   ©NPS
#FIXME Descriptive Unqiue Link Text
#FIXME Descriptive Unqiue Link Text
(1) At Virgin Islands National Park on St. John, park housing, park facilities and some of the oldest historic structures were destroyed. The damage is so extensive that the park could be closed for an entire year.   @NPS
#{image.caption}
At Cumberland Island, the docks in St. Marys for the park ferries were destroyed and one of the ferries sank. The park closed for an extended period and canceled camping reservations for months.   ©NPS