NPCA and thousands of advocates worked for 20 years to secure this support, leading the way to this landmark victory. 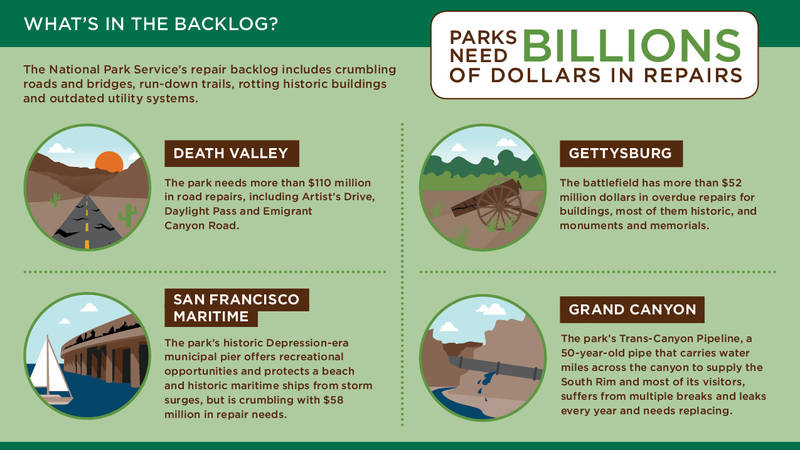 Our national parks, from the Grand Canyon to Gettysburg, need billions of dollars in repairs. Congress and the president must work together to fix our parks and help the local…

Due to the long-term underinvestment in parks by Congress, the infrastructure repair backlog comprised of park roads, bridges, trails, historic structures, campgrounds and other facilities has grown to more than $11 billion. Over half of the projects on the infrastructure repair backlog list are park road projects, such as the Grand Loop Road in Yellowstone National Park.

National park infrastructure repairs and maintenance needs are funded through multiple funding sources including the operation and construction budgets determined annually by Congress through the appropriations process and guaranteed funding from the Highway Trust Fund through transportation bills. However, these funding streams have been insufficient.

Park fees, philanthropic donations, volunteer assistance and other sources help supplement federal funding, but ultimately the bulk of the funding needs must be met by Congress.

By passing the Great American Outdoors Act, Congress will not only provide funding to repair aging infrastructure on our public lands, it will put more Americans to work in the National Park System and help sustain local communities across the country that are dependent on park and recreation tourism.