The Department of the Interior has proposed allowing unethical hunting practices on lands managed by the National Park Service.

In May 2018, Interior Secretary Ryan Zinke directed the National Park Service to allow extreme hunting methods in Alaska’s national preserves, such as baiting brown bears, killing black bear mothers and cubs in dens, and killing wolves and pups by trapping during denning season.

This unethical attack on bears and wolves represents a reversal of hunting regulations recently finalized by the Park Service banning these unsportsmanlike practices. The Park Service implemented these 2015 wildlife management regulations after an extensive, multi-year public engagement process in which more than 70,000 Americans spoke out against these shameful hunting methods.

Zinke’s reversal, if implemented, would force the Park Service to surrender its authority to protect bears and wolves and return to these shameful and unethical practices.

The 2015 regulations grew out of a conflict between the Park Service and state of Alaska policies. In Alaska, predator control hunting strategies are aimed at reducing bear and wolf populations to allow moose and caribou populations to increase — for greater sport hunting opportunities. Such approaches are at odds with bedrock wildlife management regulations for lands managed by the Park Service. After more than a decade of trying to work with the state of Alaska’s Board of Game, the Park Service finalized its own commonsense regulations in 2015 to specifically protect bears, wolves and other wildlife on national preserves from state predator control regulations.

On Alaska’s national park lands, bears and wolves are in the crosshairs. While sport hunting is allowed in national preserves, this shameful manipulation of wildlife populations is expressly prohibited by Congress and National Park Service management policies. 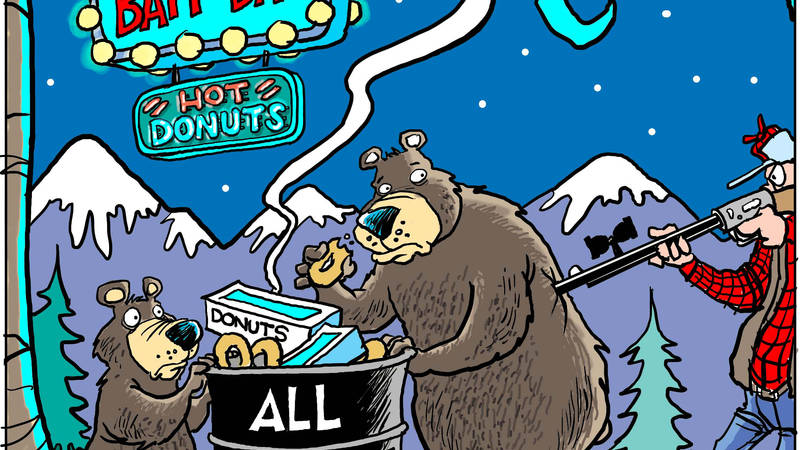 Maps and illustrations showing Alaska’s War on Wolves and Bears.

Sport hunting regulations must not conflict with Congress’ will and National Park Service policies and purposes. It’s the law. The state’s “predator control” approach presents a clear conflict.

Between 2001 and 2014, NPCA documented over 60 instances where the Alaska Board of Game ignored Park Service requests to keep “predator control” out of our national preserves.

After years of this cycle, the Park Service began a public process with the American people to address the long-standing conflict. More than 70,000 comments were received. In response, the Park Service adopted a set of regulation changes in 2015 to protect bear and wolf populations on national preserves. NPCA supports the final regulations, which include:

Now, new leadership at the Department of the Interior could overturn these protections for bears and wolves that NPCA and its supporters have worked for years to help establish. NPCA will continue to fight to keep these regulations in place.