You helped to stop a massive development proposed just outside the boundary of Grand Canyon National Park that had the Park Service and park supporters worried about negative effects on the park—especially the dozens of fragile creeks, springs, and seeps that rely on underground water sources the development could have legally tapped.

The enormity of the Grand Canyon inspires the millions of visitors who stand on its rim each year. Now that scene won’t be ruined by a gigantic mega-mall.

On March 4, the U.S. Forest Service rejected a proposal by the Stilo Development Group to build a road and other infrastructure through Kaibab National Forest. This road would have been the first step toward building more than 2,100 housing units and 3 million square feet of commercial space in the tiny town of Tusayan, right on the doorstep of the Grand Canyon’s South Rim. In this parched region, development would have relied on massive amounts of water from fragile springs and side creeks in the Grand Canyon. It also would have threatened Havasu Creek with its famous turquoise waterfalls on Havasupai Indian land. Although the developers can choose to reapply for the permit, the Forest Service rejection letter sets a high bar for the protection of this landmark park.

On creating Grand Canyon National Monument in 1908, President Theodore Roosevelt said, “keep it for your children, your children’s children and all who come after you as the one great sight which every American should see.” Today, we have helped protect the Grand Canyon from one of the greatest threats in its nearly 100-year history.

The multinational company Gruppo Stilo has owned the land slated for development since 1990, but in the past was unsuccessful in convincing the voters of Coconino County to approve their plans. That all changed when the tiny gateway town of Tusayan (fewer than 600 residents) incorporated and annexed this land. In 2014, Tusayan approved zoning for Stilo to allow 2,176 residential units and 3 million square feet of retail space (equal to the size of 10 big box stores). According to news reports, the plan included a spa, convention center, dude ranch, and potentially even a water park. 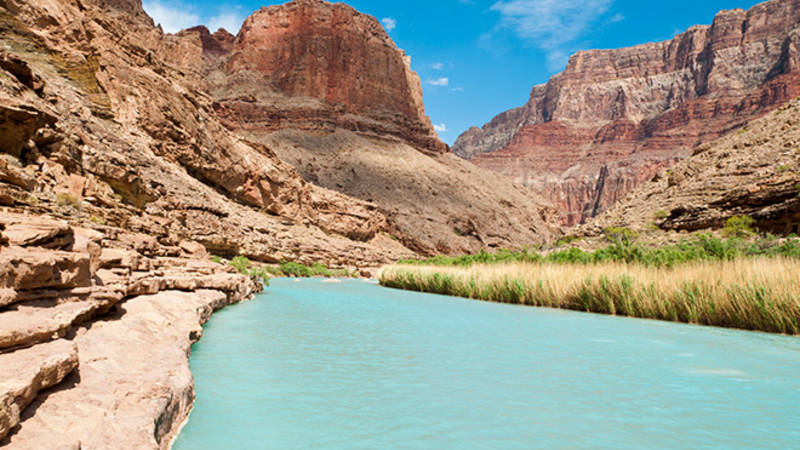 A Double Threat to an American Icon

NPCA opposed the development as conceived because the only water currently available in Tusayan is groundwater, which is pumped from the aquifer that feeds ecologically and culturally important springs within Grand Canyon National Park. More groundwater pumping would likely lower aquifer levels, damaging or drying up the springs. The aquifer is also the sole source of water for Havasu Creek. This creek is the lifeblood of members of the Havasupai Tribe, who rely on it for drinking and irrigation water. The beautiful sky-blue waterfalls on this creek are world-famous.

Development of this scale, which has been zoned and planned without park input, will create noise and light pollution and bring more traffic to a crowded park where people have come to see the canyon itself and not for a spa day. The two Stilo properties are surrounded by the Kaibab National Forest, which borders Grand Canyon National Park. The project cannot continue without permission from the Forest Service.