23%
Decline of the western Arctic caribou herd over the last 2 years. The industrial access road would cut across the caribou’s migration pathway.

Alaska has a long history of mining — and of underestimating the risks the industry poses to the environment.

Hardrock mines are large industrial facilities that use large volumes of hazardous and toxic materials, which can include processing chemicals, such as cyanide solution; ore concentrate, including zinc and lead; diesel fuels; blasting agents; water treatment chemicals; and other harmful substances.

NPCA was part of a diverse coalition of Tribal and conservation partners that commmissioned environmental statistician Susan Lubetkin, PhD, to investigate the issue. Lubetkin reviewed decades of state and federal government records for the five major hardrock mining operations in Alaska and uncovered an enormous discrepancy between the number of spills companies predicted and the actual number of incidents releasing harmful chemicals into the environment.

The analysis found that environmental reviews failed to adequately predict risks, and the five mines were responsible for more than 8,150 total spills since 1995 — an average of about 300 per year. These spills released more than 2,360,000 gallons and 1,930,000 pounds of hazardous materials into the environment.

All five companies failed to forecast the range of risks involved in addition to the total number of spills. None of the environmental review documents for these five mines predicted the number of possible spills for anything other than transportation-related spills, and truck accidents alone caused 23 times more actual spills than the companies predicted.

Lubetkin offers thorough data and numerous recommendations to safeguard Alaska’s beloved lands and waters from further harm, urging the state of Alaska to strengthen its permitting processes, update its spill database, and better track the environmental consequences of hazardous spills.

“My hope is that I can inspire the state of Alaska and others to increase their demands for scientific rigor by pointing out one area where previous permitting documents have been lacking and their predicted impacts have been wrong.” — Dr. Susan Lubetkin 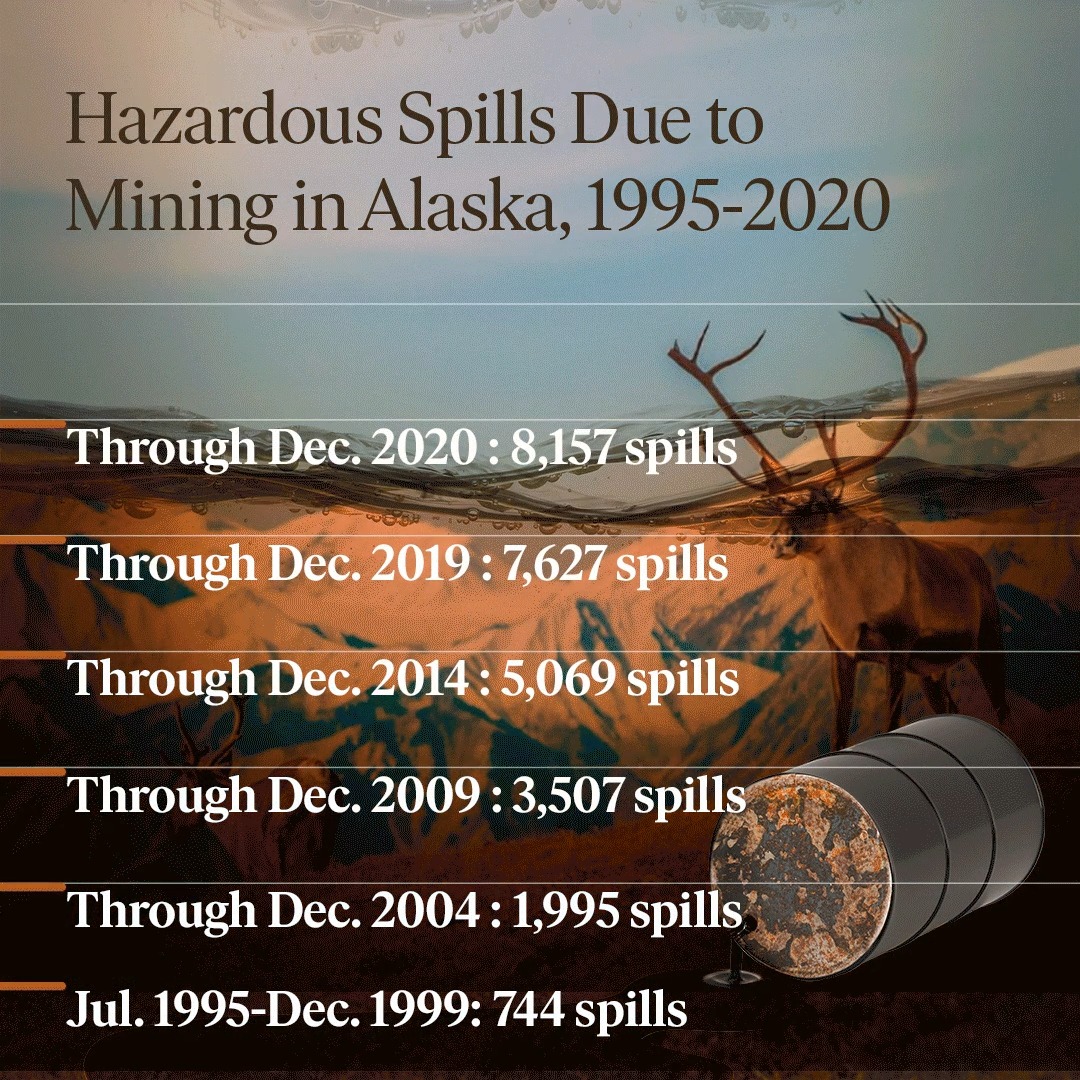