Fences have long been a barrier for Yellowstone pronghorn antelope, as they migrate to crucial winter habitat beyond park borders. Despite being the fastest land mammal in the Western Hemisphere, pronghorn are not built to jump. Fences in their historic migration pathways caused the pronghorn population in Yellowstone to plummet. By 2004, park biologists estimated that fewer than 200 remained in the northern herd. The small herd was extremely susceptible to disease and severe weather threatening the long-term survival of this population.

Since 2010, NPCA has worked with private landowners and public land managers to remove or modify fences along Yellowstone pronghorns’ historic migration routes in Montana’s Paradise Valley. Through the hard work of more than 1,000 volunteers, we have removed or modifi ed dozens of miles of fences. In turn, Yellowstone pronghorn populations are increasing, as the animals are able to reach larger portions of their historic winter habitat.

The Yellowstone herd remains genetically isolated from others. In response, NPCA has expanded its pronghorn program to include historic migration routes west of the park in Montana and Idaho. By expanding our work into restoring this critical pathway, we aim to reconnect Yellowstone pronghorn with other regionalherds. Learn how you can help at npca.org/pronghorn. 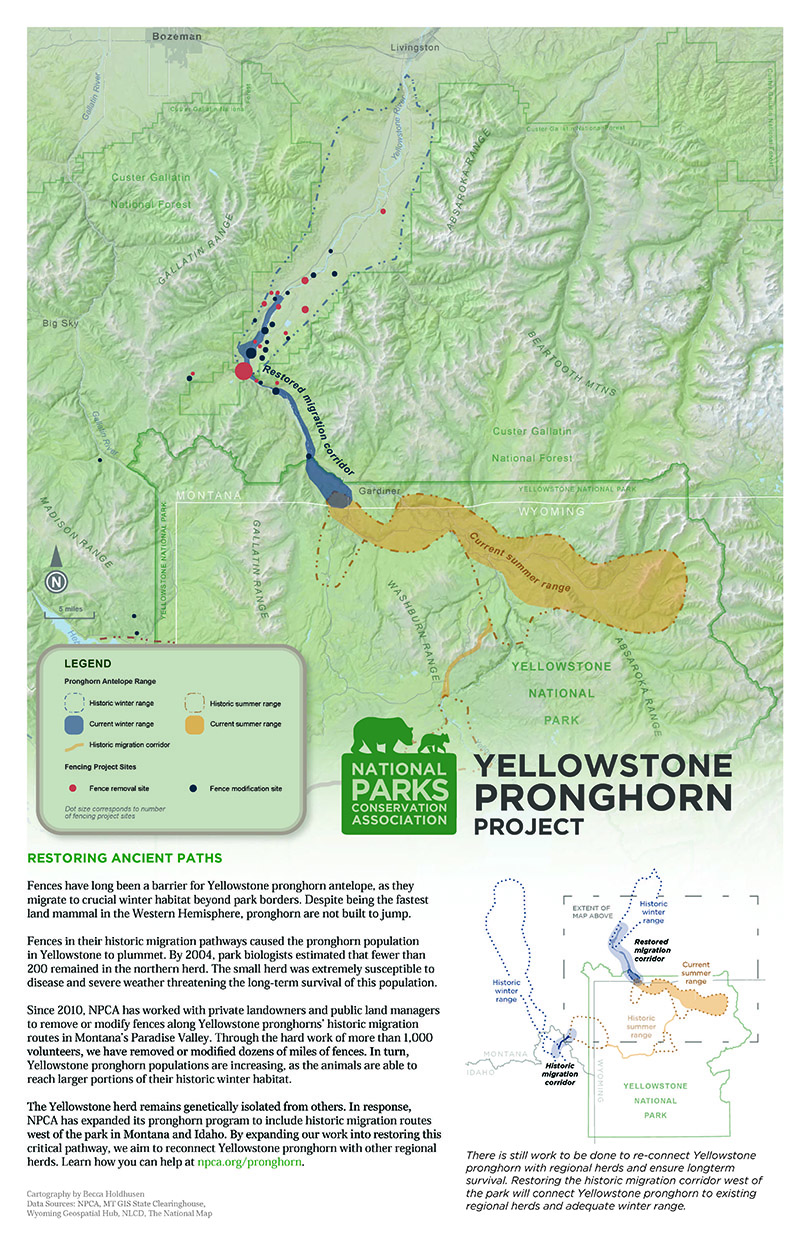