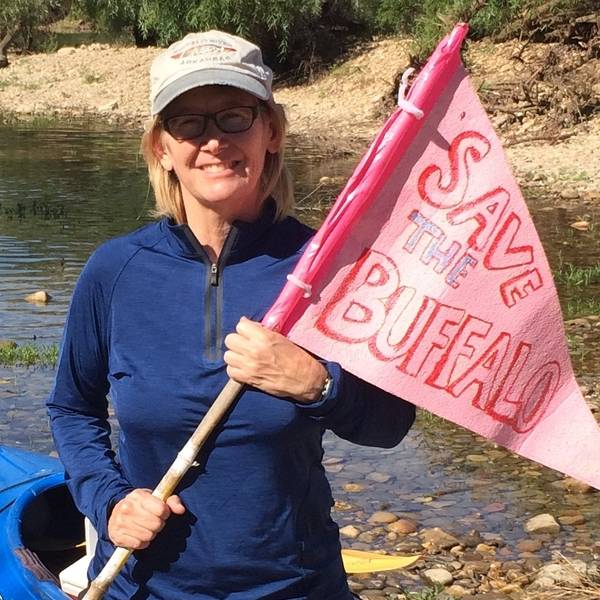 Teresa worked out of Arkansas on issues related to the Buffalo National River.

Teresa grew up in Arkansas exploring the southern pine forest, hiking the Ouachita Trail, and floating the Buffalo National River. She received her B.S. in Zoology and M.A. in Anthropology at the University of Arkansas-Fayetteville. Upon completion of her Master’s degree, she headed west to Alaska and started working in the Bering Sea onboard Soviet factory trawlers. She then returned to school and received her M.S. in Fisheries Science from the University of Washington. Eventually, this turned into a 25-year career as a fisheries scientist where she developed domestic and international natural resource monitoring and stock assessment survey programs.