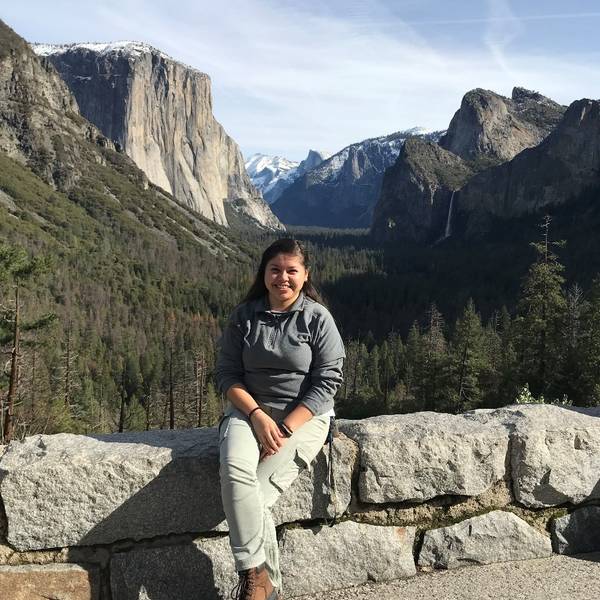 Nanci Torres-Poblano’s story begins in Puebla, Mexico where she remembers playing outside with her cousins and learning about agricultural fields with her grandmother. At the age of six she migrated to the United States and became a part of a new community in Los Angeles. She attended El Camino community college and transferred to UC Davis where she received a B.S. in Environmental Policy Analysis and Planning in 2017.

Her first memory of spending time in the outdoors was when she was in community college and took a geology course that led her to visit her first National Park: Death Valley. Here she became intrigued by the feelings of being outdoors. This exposure encouraged her to take her second geology course. This course would take her to Mono Lake and the eastern Sierra Nevada. As a way to continue to spend time outdoors, she became an Environmental Science Educator in the land of the Southern Sierra Miwok People; also known as Yosemite National Park. Working as an educator, Nanci got to connect students with nature by learning about the environment around them and guiding them through various locations within the park. Serving as an educator also allowed her to learn about public lands and this has encouraged her to advocate for them. In her free time Nanci likes to read, write, hike, ride her bike, and spend time with family.