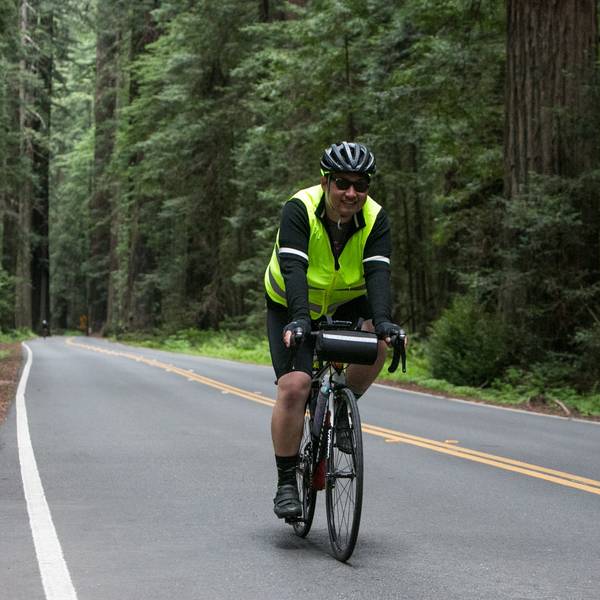 Andrew Yip is a native of the San Gabriel Valley, a region east of Los Angeles. He joined the United States Army at the age of 17 and was honorably discharged in 2015. He works at Active San Gabriel Valley as a Program Specialist, advocating for safer streets, public transit, and open space. He's also working on finishing his bachelor's degree in Sociology, Ethnic Studies, and a specialized minor in Mobility Justice at Azusa Pacific University.

Andrew first visited the Grand Canyon with family on a bus tour and instantly fell in love with it. While in college, he was able to visit more national parks, which sparked a passion for the local mountains at home. He recognizes that not everyone has the privilege to travel to a national park. Andrew grew up going to local parks like Griffith Park and Whittier Narrows with his family. They were free, accessible, and close to home.

Andrew’s interest in local open spaces peaked and he signed up for a local leadership program to learn more. He graduated from the Nature for All Leadership Academy and made multiple trips to Washington D.C. to advocate for a national monument designation for the San Gabriel Mountains. That became a reality in 2014 with President Barack Obama signing the designation. He currently resides in Hacienda Heights, a mere half hour drive from the San Gabriel Mountains, and continues to work on projects that increase access to parks and open space.