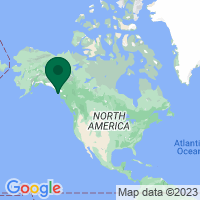 This site became Alaska’s first national park in 1910, preserving the cultural history of Southeast Alaskan Native tribes and the grounds of the 1804 Battle of Sitka in which Russian forces permanently displaced Tlingit people from their ancestral lands. One of the remarkable sights at the park is the Totem Trail, featuring Tlingit and Haida totem poles along a scenic coastal path. The park also preserves the Russian Bishop's House, one of the few surviving examples of Russian colonial architecture in North America. The park's diverse marine and forest habitat attract a variety of wildlife, including many different migratory birds.