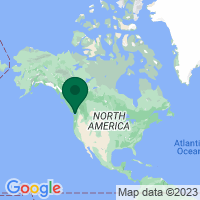 During the summer of 1859 in the San Juan Islands, the U.S. and England were poised at the brink of war--over a pig! The islands were jointly claimed by the U.S. and Britain. Tensions escalated into an international incident when an American farmer shot a pig--owned by the Hudson's Bay Company--that was rooting in his garden. Diplomacy prevailed and there were no other casualties, thanks to a cease-fire that held until an arbitration committee in Geneva turned the San Juan Islands over to the U.S.