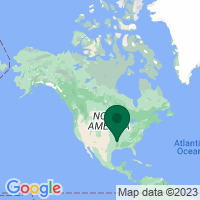 Despite what its name suggests, this two-and-a-half story frame house in Hope, Arkansas, is not where the 42nd president of the United States was actually born, but where he lived for his first four years with his widowed mother and maternal grandparents. (He was born on Aug. 19, 1946 in a hospital in town.) The site was added to the National Register of Historic Places in 1994 and became a national park site in 2010. Today, visitors can tour the 1917 home and view exhibits depicting the president’s youth in a nearby visitor center.