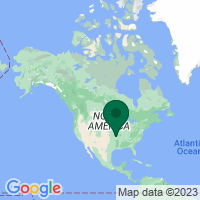 This 4,500-acre park commemorates the 1862 Civil War Battle of Pea Ridge, known locally as the Battle of Elkhorn Tavern. The battle was a culmination of a series of skirmishes that took place in both southwest Missouri and northwest Arkansas in the days preceding the larger conflict. Union soldiers had been moving south from central Missouri, pushing Confederate forces out of the state into northwestern Arkansas. Confederates launched a counter-offensive to try to regain control of northern Arkansas and Missouri. During the two-day battle, Union forces held off the Confederate attack, then drove the Confederate soldiers off the field. After the Battle of Pea Ridge was over, the Union would control both northern Arkansas and Missouri for the duration of the war. This battle is one of the few where the number of soldiers in the Confederate army outnumbered the Union. Today, thanks to its largely rural setting, the Pea Ridge National Military Park is one of the best-preserved Civil War battlefields in the nation.