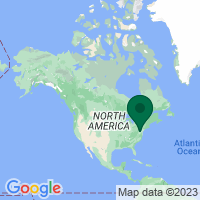 This site preserves the Civil War engagement near Monocacy River in July 1864 known as “The Battle That Saved Washington.” On that day, Union troops met with advancing Confederate soldiers on their way to Fort Stevens in Washington, D.C.; although Union forces were outmanned, they were able to delay the Confederates, allowing reinforcements to arrive to defend Washington. President Lincoln watched some of the fighting from the ramparts at Fort Stevens, making him the only sitting president to come under direct fire during a hostile action.