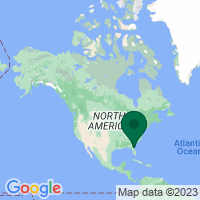 Settlers founded Fort Caroline in 1564 as one of the first French colonies in the United States. Spanish troops attacked the fort in 1565 and massacred the inhabitants, ending French colonization of the region. The Spanish occupied the site as San Mateo until 1569. Today, the site is managed as part of the Timucuan Ecological and Historic Preserve. Though no one knows the original location of the fort, the current memorial on the banks of the St. Johns River in Jacksonville, Florida, was built near the place where French explorer René Goulaine de Laudonnière first landed his boat.