Acres proposed for new oil and gas development across California

Days that air quality in Sequoia-Kings Canyon National Parks was rated “unhealthy” between 1993-2014. Los Angeles had 2,443 bad air days during the same period

Facebook Twitter
California’s Central Valley borders some of America’s most spectacular parks — and is home to some of the worst air pollution. Parks and communities now face even greater risks with proposals for yet more oil and gas development.

Along with neighboring Kings Canyon and Yosemite, Sequoia National Park helped spur the creation of the National Park System. Visitors travel from around the world to see the towering granite cliffs of Yosemite and the giant sequoias of the Sierra Nevada Mountains. The largest tree on earth, the General Sherman, is found in the groves at Sequoia National Park.

Sequoia and its neighbors protect a large-scale ecosystem directly east of California’s heavily populated Central Valley. Unfortunately, this administration has recently finalized an Environmental Impact Statement that would open more than a million new acres of the Central Valley to oil and gas development. In response, NPCA joined several other environmental groups and the state of California in filing a lawsuit against the Bureau of Land Management over its failure to fully analyze a variety of environmental impacts, including to air quality in nearby parks like Sequoia. 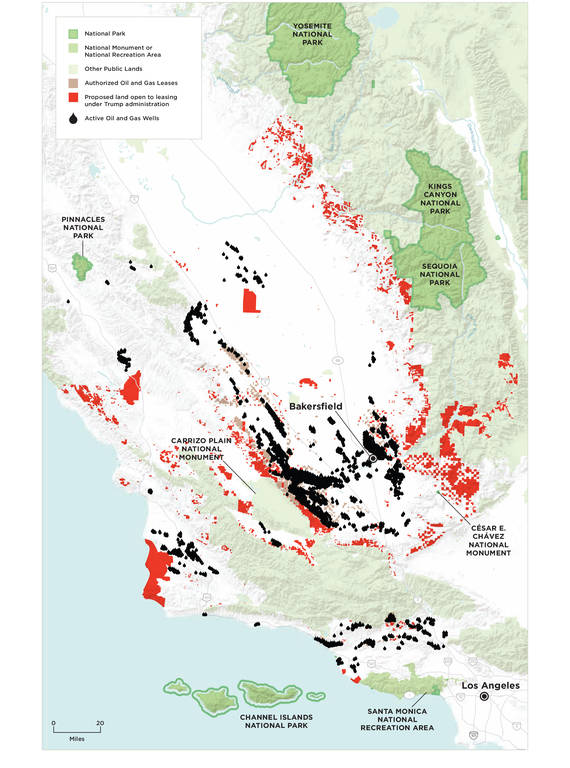 Over the years, Sequoia National Park has seen its fair share of air pollution from one of the largest oil fields in the United States, just down the road in Bakersfield, California. The massive footprint of the oil and gas industry, along with the smog from other sources within the Central Valley, has led to some of the poorest air quality in the entire nation. In fact, the town of Visalia near Sequoia ranked as No. 2 for ozone pollution by the American Lung Association’s State of the Air Report. And in 2018, Sequoia and Kings Canyon National Parks were two of four national parks that had unhealthy air for most park visitors to breathe for more than two months of the year.

Communities of the Central Valley, particularly Latino communities, bear the brunt of the unhealthy air quality. The historical disenfranchisement of these communities has resulted in lower median income and lower health outcomes. If the BLM opens more lands near these parks for development, it would further add to the public health crisis and worsen the air quality for the entire region.