Celebrating the National Park Service centennial with an illustrated history of the park system.

By 1916, the Department of Interior was responsible for 14 national parks and 21 national monuments, but no single organization existed to oversee these places. That changed on August 25, when President Woodrow Wilson signed the National Park Service Organic Act. Though the agency has evolved over the century, its central mission to preserve America’s lands and treasures for future generations remains untouched. In honor of the Park Service’s centennial, here are some notable dates from the first 100 years. 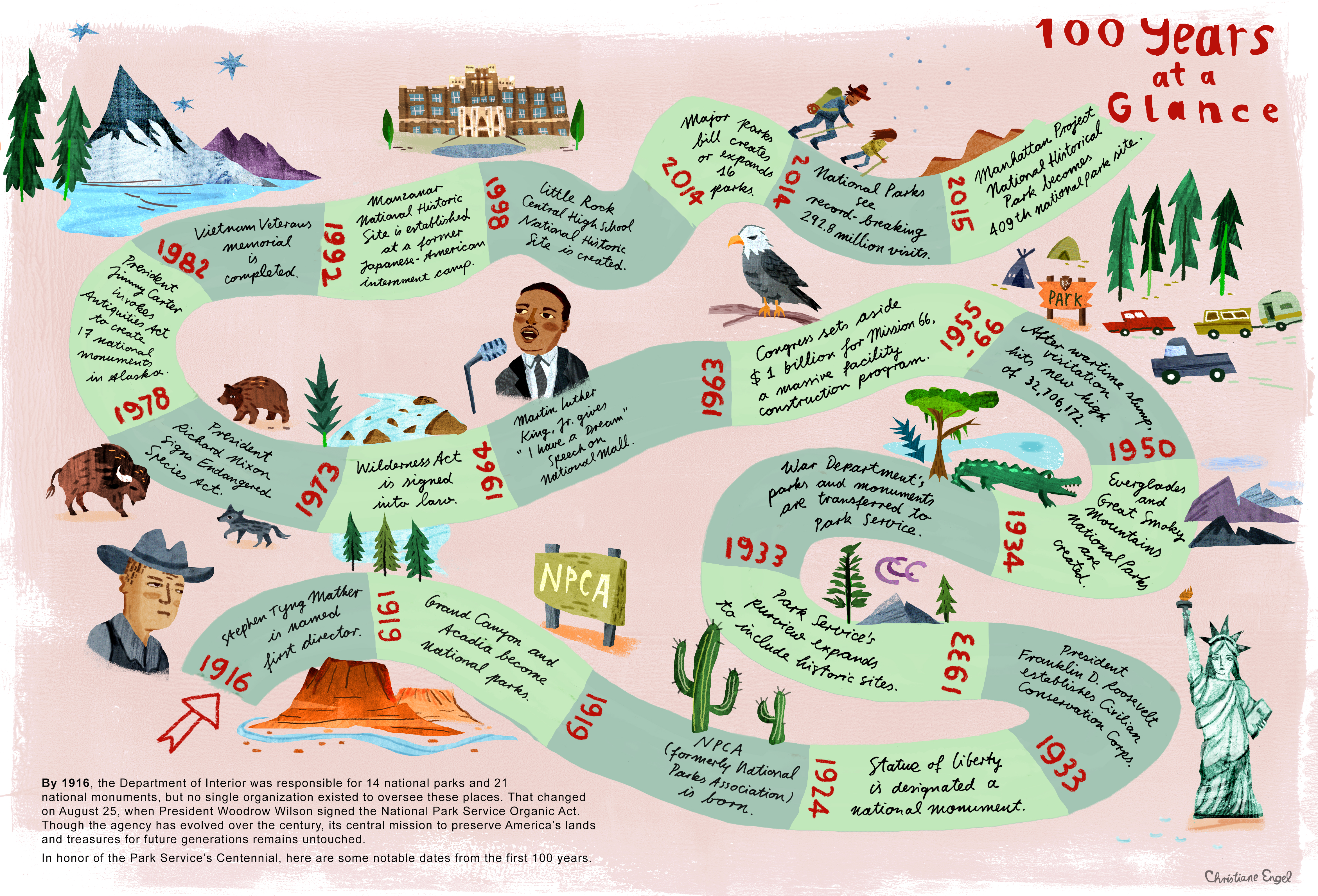 The Mysteries of the Panama Hotel