After a renowned humpback whale was killed by a cruise ship, her carefully preserved remains were transformed into one of the biggest whale-skeleton exhibits in the country.

On an overcast afternoon last July, a little boy of about 6 galloped down a path in Glacier Bay National Park and Preserve in Alaska. Suddenly, he stopped, his whole body froze, and his eyes opened wide. Before him, a new 45-foot humpback whale skeleton loomed beneath the shadow of a shelter. The boy paused for a moment, then turned around and dashed back to his family.

“I FOUND THE WHALE!!” he yelled as he pattered back up the pathway, his whole body shaking with excitement. Melissa Senac, one of the park’s whale-skeleton project coordinators, had been taking photographs when she noticed the little boy’s reaction. She smiled. This wasn’t unusual. “I have had some really beautiful personal experiences watching people approach this exhibit for the first time,” says Senac. “Their eyes are huge or their mouth will drop open or they’ll say, ‘Whooaaaaa.’ There’s a particular energy and power in that display.”

Last June, more than a decade after Whale 68 was killed by a cruise ship, her carefully conserved remains went on display, becoming the largest publicly exhibited humpback whale skeleton in the United States. The creature’s immensity and the flowing articulation of her skeleton are even more fascinating in light of her remarkable life story, her contributions to science, and the long, winding, collaborative process of preserving her bones.

RINGING IN THE NEW YEAR

Like tree rings, the rings on whale earplugs—tubular accumulations of oil and keratin—indicate the animal’s age. Snow’s earplugs helped settle a long-standing scientific debate: Does a single layer of growth represent one year or two? Because Snow had been spotted for 26 years and had 44.5 earplug layers, scientists knew that one layer means one year.

Whale 68 was first photographed in 1975 by pioneering researcher Charles Jurasz, who named her Snow, probably because of the distinctive white markings on her flukes. For years, she traveled between southeast Alaska and Hawaii. Because she was frequently spotted, she contributed to scientific studies of humpback whale longevity, migration, calf survival, and male competition. Snow survived long enough to mother about 14 calves, making a small contribution to the recovery of the species. (These whales are still officially endangered, but the National Oceanic and Atmospheric Administration recently proposed de-listing humpbacks in most parts of the world.)

Then in July 2001, Snow was discovered floating belly up near the mouth of Glacier Bay. She was towed to the beach, where a veterinarian found evidence of bruising near her left eye and compound fractures in her skull, indicating that she had been hit by a large vessel. (It turned out to be a cruise ship.) After much deliberation, the Park Service decided to keep her bones for a display so at least some good could come of the tragedy, the park’s first documented whale fatality from a ship collision. For 15 months, as Snow decomposed on the beach, park staff collected bones that came loose. Finally, in October 2002, volunteers gathered to pack hundreds of putrid bones into a boat to transport them to park headquarters at Bartlett Cove. 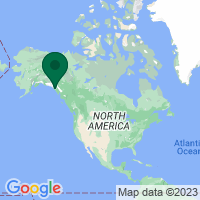 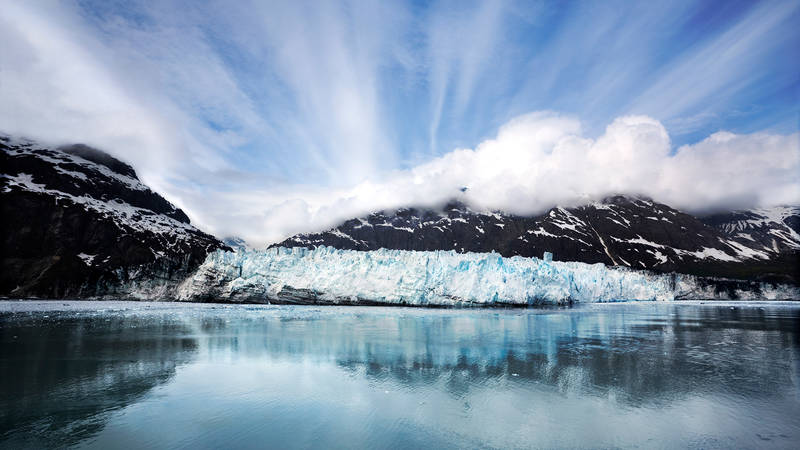 “It was a dirty job, but so exhilarating for us to handle these enormous bones,” says park whale biologist Christine Gabriele, who had made it her mission to create an exhibit that told Snow’s story.

For the next ten years, volunteers and Park Service staff spent more than 1,000 hours cleaning and preserving the skeleton. The bones were boiled, submersed in saltwater, covered in compost, pressure washed, and bleached by the sun. Still, many of the porous bones were slicked in pungent whale oil that continued to leak out. That was a problem: To be displayed outdoors, the bones needed to be completely clean so they wouldn’t attract animals.

In September 2012, Senac and her project partner, Kelly VandenBerg recruited Dan DenDanto, a whale-skeleton specialist, to professionally prepare Snow’s skeleton for display. Hundreds of bones, including her 792-pound skull, were packaged and sent by ship to Bellingham, Washington, then by truck to Dan DenDanto’s workshop in Seal Cove, Maine. Park Service staffers like to joke that this was the first documented overland humpback whale migration.

Although staff and volunteers had made good progress cleaning the bones, much remained to be done. DenDanto and his team spent nearly two years hot-pressure-washing, scrubbing, steam-cleaning, soaking, and sun-bleaching the bones. They even constructed a special tank to soak the enormous skull and jawbone.

The team also painstakingly formed foam-and-plastic models of missing bones and repaired others using epoxy, putty, and paint. Finally, with the help of the park’s Facebook fans, DenDanto and Park Service staff decided on a pose for Snow’s skeleton: She would face the visitor’s center and be arranged in a dynamic mid-swim pose. In his backyard workshop, DenDanto and his team arranged her skeleton in sections—spine, skull, and right and left flippers—using scaffolding, an eight-foot steel rod to secure the spine, and urethane foam for the spaces between the vertebrae. After a journey back across the country and up the Pacific seaboard, Snow was ready to be fully assembled for her debut.

On June 25, 2014, dozens of locals and Park Service staff gathered for an unveiling ceremony and celebration. Kids had their faces painted with whale flukes, locals who had watched her decompose on the beach marveled at the skeleton, which is nearly as long as an 18-wheeler, and members of the Huna Tlingit tribe officially named and blessed her.

“The whale was big news,” says Kathy Hocker, a local artist and author of children’s books. “Locals here have a very strong connection to the park and the whale is part of that. People really appreciate it being there, and they even bring their out-of-town visitors to come see it.”

Even in death, Snow contributed to scientists’ understanding of her species and the protection of humpbacks. After the accident, the Park Service opened a dialogue with ship captains and, in 2006, started stationing biologists on boats to collect data on how often the vessels travel near whales—and how close they get. The cruise companies and the Park Service use the data to create a weekly map showing whales’ whereabouts. Now, in those hot spots, the cruise ships are more vigilant, and shore-side visitors can appreciate how big those distant whales really are.

“I think the sheer size of the skeleton strikes people—and just being able to see, wow, that flipper looks like my hand,” says VandenBerg. “People make that connection that whales are mammals and they’re not so different from us.”