There are approximately 9,600 historic buildings in the National Park System and just about as many creative ways to put them back into service or open them up for the public to explore and enjoy. These are buildings with character, style, and often a rich story to tell. They are a part of the landscape and remind you that you are in a unique region or environment. However, before many of these buildings can be used again, they need some form of restoration work.

Historic preservation is about preserving the structures themselves, the craft and skills that produced them, and the history that took place within and around them. Preservation helps to keep a landscape intact and is often environmentally wise as well. Unfortunately, the Park Service has a sizeable maintenance backlog for its historic structures and is not able to fully care for all of them. 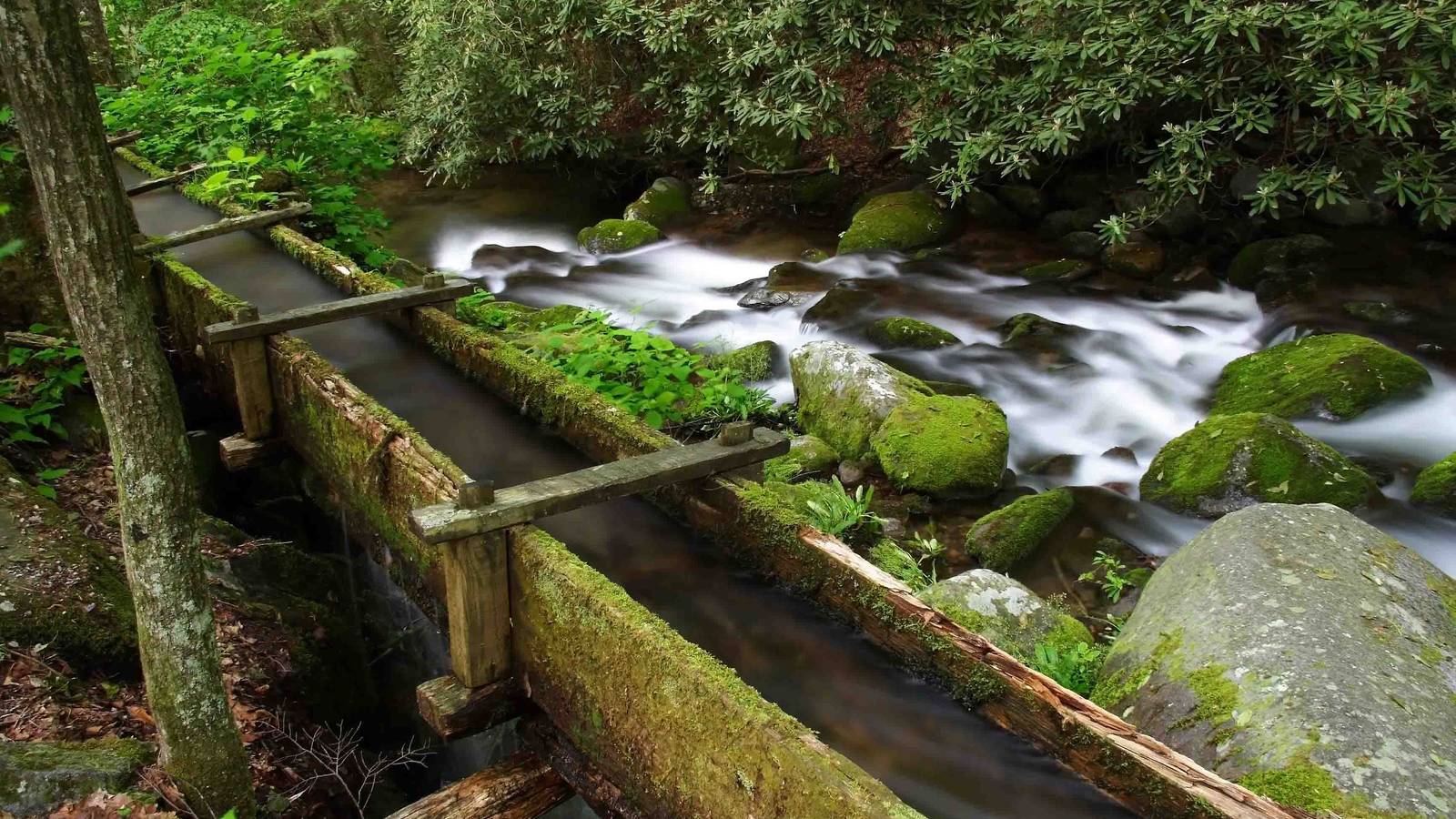 The national parks contain 27,000 historic structures, but only 9,600 are buildings. The remaining structures include monuments, fences, bridges, dams, mounds, kivas, and works of engineering like this late 19th-century millrace that delivered water to power a grist mill in what is now Great Smoky Mountains National Park.

© William Silver/123RF
Activating this link will open a larger version of the image in the same window for a more detailed viewing. 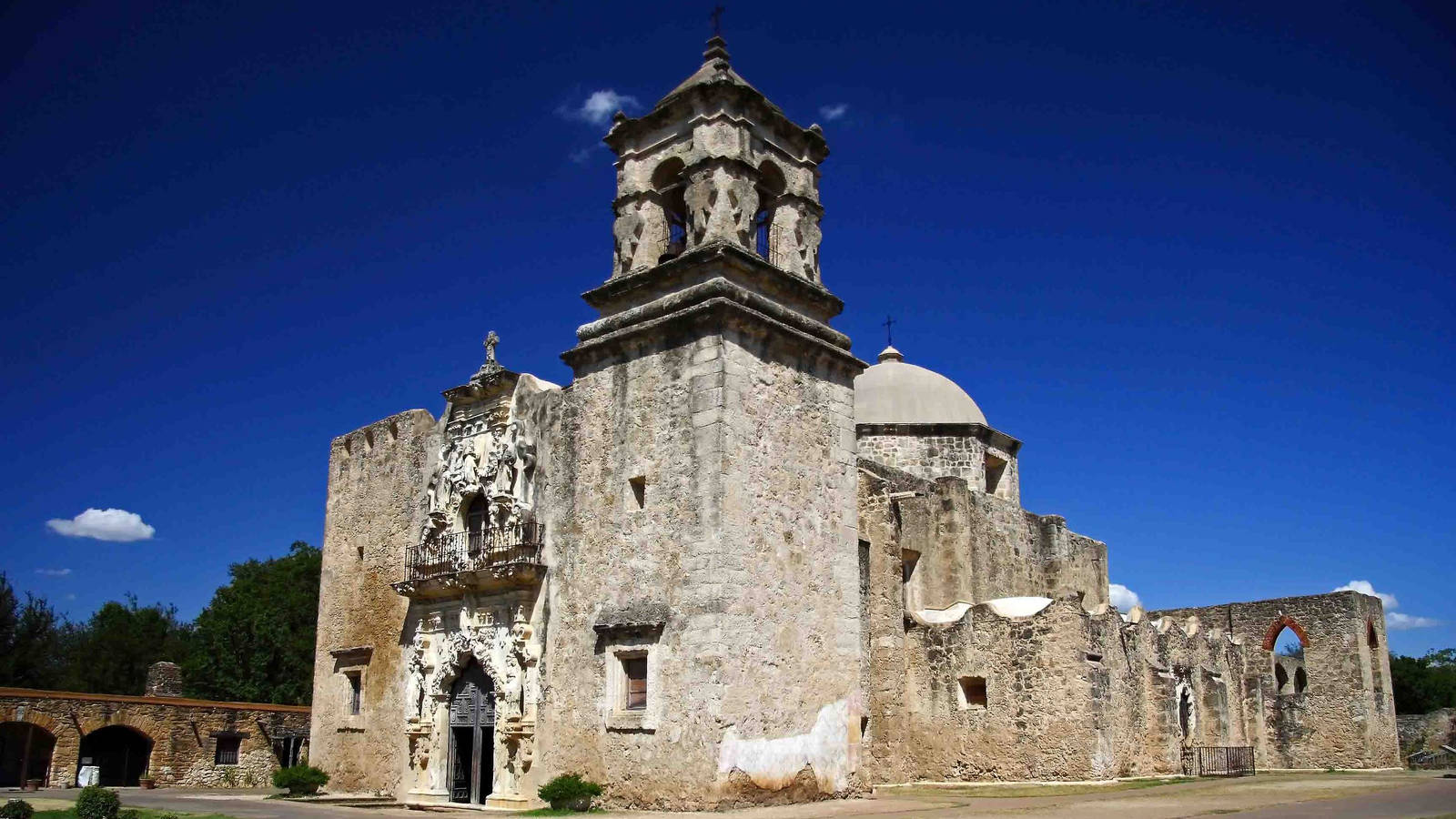 © William Silver/123RF
Activating this link will open a larger version of the image in the same window for a more detailed viewing. 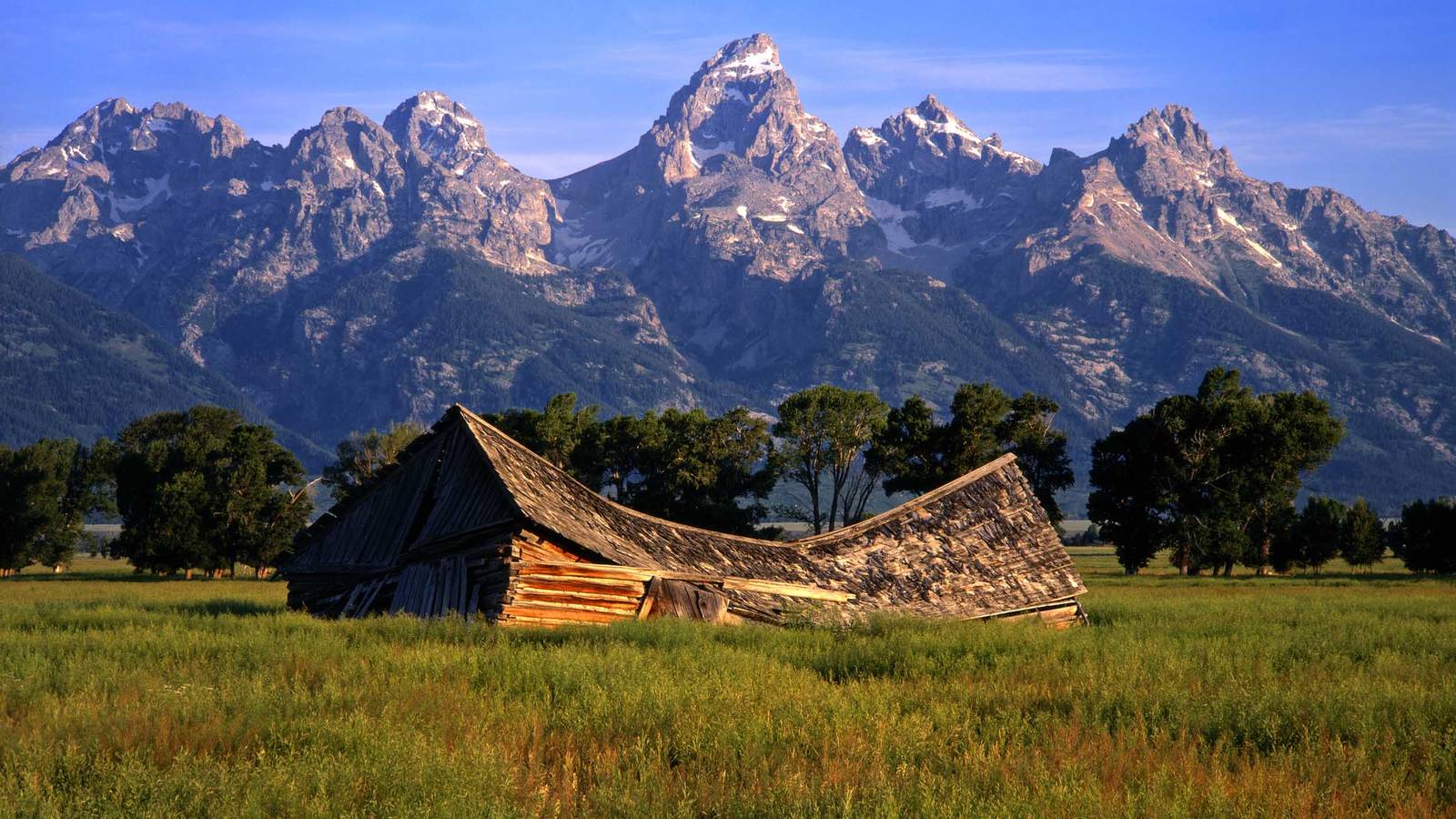 This barn in Grand Teton might appear to be beyond hope, but with much of its original material still intact, skilled preservation carpenters could rehabilitate it to its original appearance.

© Mike Norton/Shutterstock
Activating this link will open a larger version of the image in the same window for a more detailed viewing. 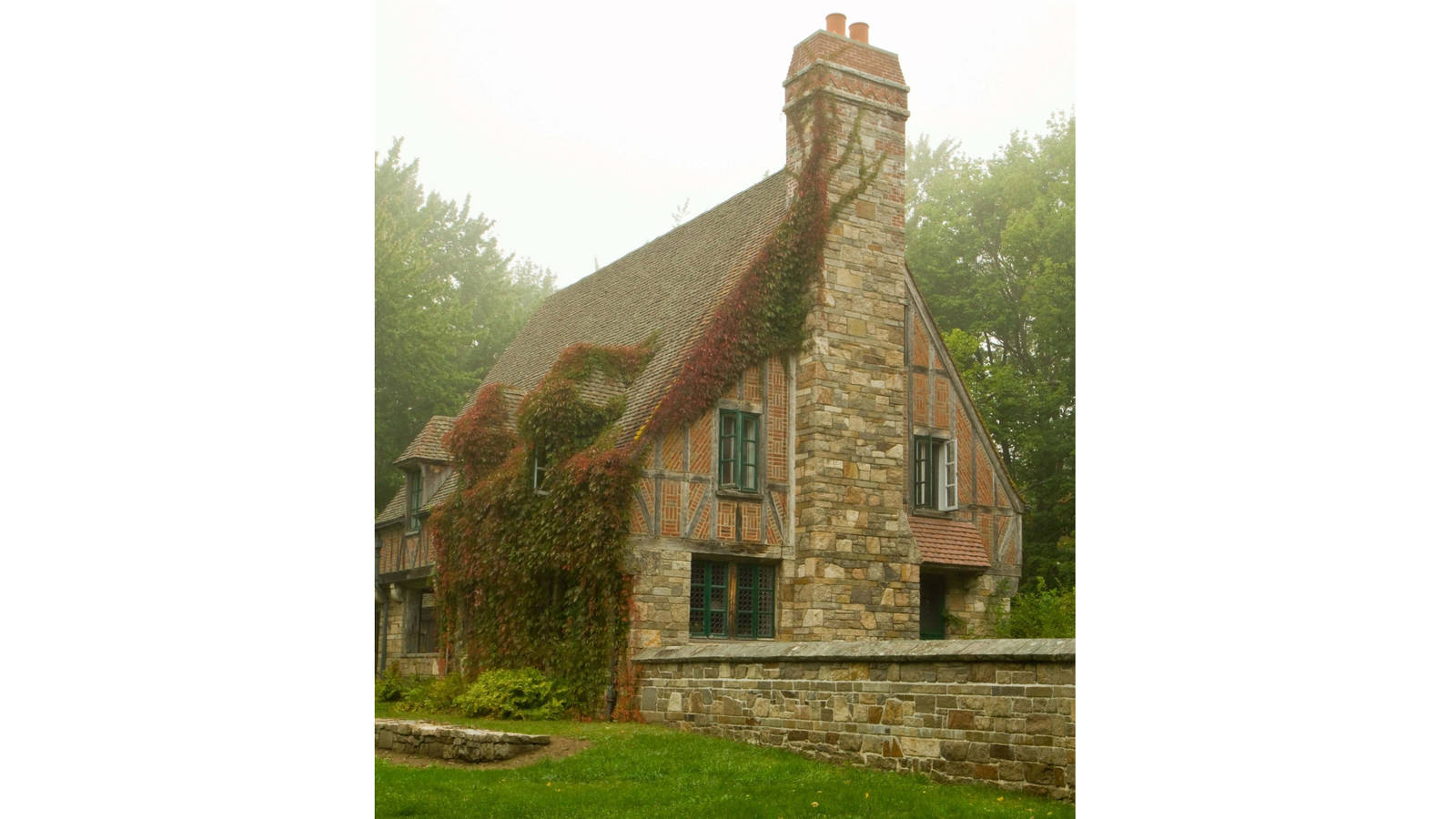 Many historic brick and stone structures in national parks on the East Coast–like this carriage road gatehouse in Acadia National Park–require skilled masons to keep them in good condition.

© Bill Florence/Shutterstock
Activating this link will open a larger version of the image in the same window for a more detailed viewing. 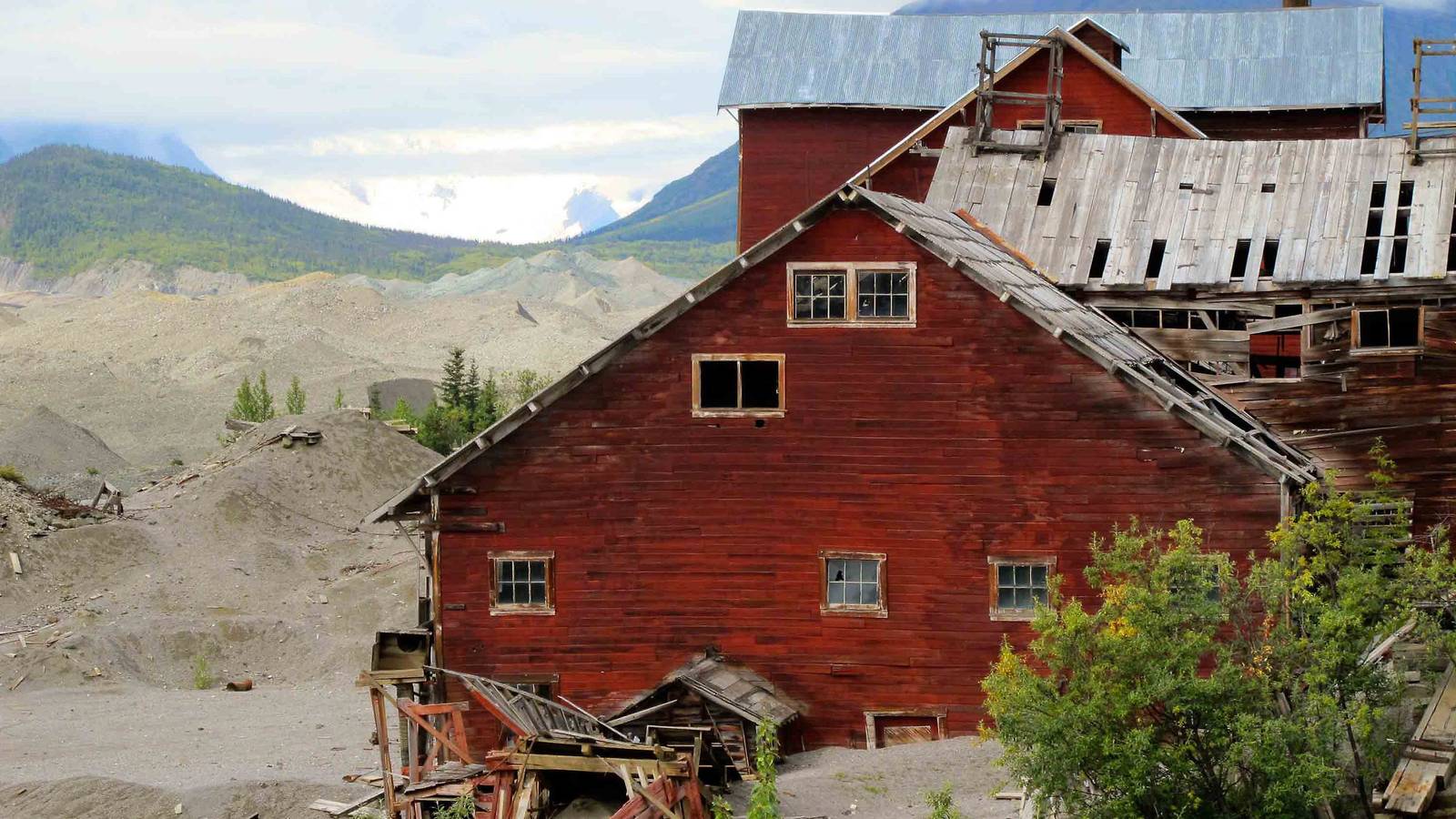 Pictured above is the Kennecott Mine Mill Building at Wrangell-St. Elias National Park and Preserve in Alaska. After acquiring numerous Kennecott Mine historic structures, the Park Service decided to rehabilitate and adaptively use some for park purposes, stabilize others (like the Mill Building), and let others deteriorate naturally.

Undeterred, national park managers and resource staff have gotten creative in finding ways to preserve these irreplaceable buildings. Perhaps no other park has had more success recently than Grand Teton.

Grand Teton National Park―best known for the incredible mountain views of the Teton Range―is using every trick in the book to stretch its tight preservation budget. For example, in 2010, the park partnered with HistoriCorps, a nonprofit organization that brings skilled craftspeople and volunteers together on historic preservation projects. The benefits to using volunteers are reciprocal: project managers can keep costs down while volunteers learn valuable skills working on some of the most picturesque job sites in the world. Grand Teton has a long history of using volunteers for historic preservation and its work with HistoriCorps on two historic structures is just the latest chapter.

Grand Teton is also hosting the Western Center for Historic Preservation in an ambitious undertaking to establish a historic preservation training center for the Park Service in the West. To do so they are using one of the park’s oldest dude ranches, White Grass Ranch, as a living classroom for hands-on training. Participants will learn the trade by fixing up the ranch itself, and once the rehabilitation is completed―the ribbon cutting is slated for 2016―it will serve as a base for staff learning historic preservation skills throughout the Alaska, northern Rockies, and Pacific Northwest regions. What the Park Service is doing at White Grass Ranch addresses two potential stumbling blocks with their work to bring new life to old buildings: training the pool of skilled staff to treat and care for the structures, and finding suitable uses for them once they are rehabbed.

Grand Teton should be a model for other parks. While it would not be efficient to have a large historic preservation center in every park, many parks could benefit from a pool of skilled preservationists among Park Service staff. By using volunteers to augment that pool, the Park Service can make great progress in preserving park historic structures and making them available for use by the park itself and by partners in the community.

Learn more about HistoriCorps, White Grass Ranch, and the Western Center for Historic Preservation and check out NPCA’s new slideshow (above) on a few of the striking buildings in the park system that have been or could be preserved with enough resources.