Q: Numerous national park sites commemorate military engagements. Only one specifically interprets the history of the standoff that estranged two superpowers for more than four decades and threatened the future of life on Earth: the Cold War. Can you name this national park site?

What visitors may not realize is that this majestic countryside was once home to a very different collection of sights underground—namely, 150 Minuteman II intercontinental ballistic missiles. These weapons were designed to deliver 1.2-megaton thermonuclear warheads with alarming speed to targets thousands of miles away. Approximately 66 times more powerful than the atomic bomb that devastated Hiroshima in 1945, any of these missiles could have wreaked unprecedented destruction on an international target within 30 minutes of launch. These weapons and the 15 launch control centers associated with them spanned 13,500 square miles of this ostensibly serene Midwestern landscape, threatening to destroy human life as we know it at a moment’s notice, 24 hours a day, during roughly 30 years of tensions between the United States and the Soviet Union. 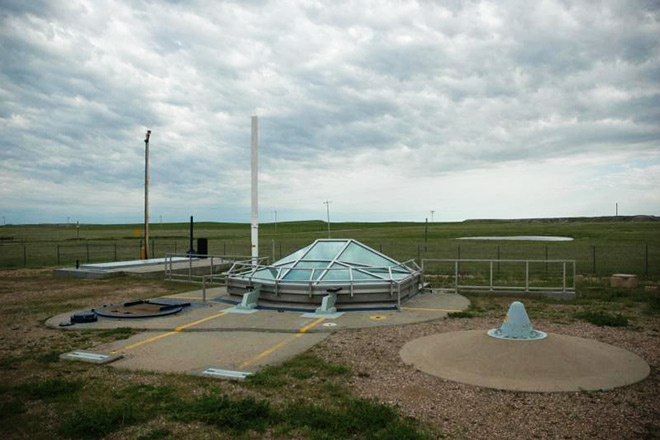 The Minuteman Missile National Historic Site preserves one of the original military launch facilities and a silo containing a deactivated nuclear missile. These relics are the last remaining intact components of the Minuteman II missile system in the United States (though the U.S. military still actively maintains 450 newer Minuteman III missiles at Air Force bases in Colorado, Montana, Nebraska, North Dakota, and Wyoming).

As the only park dedicated specifically to commemorating the Cold War, the Minuteman Missile site helps to preserve the history of the nuclear arms race between the United States and the Soviet Union, interpret the nuanced logic behind the concept of nuclear deterrence, and explore the broad social and political influence the Cold War had on U.S. culture and the world at large. 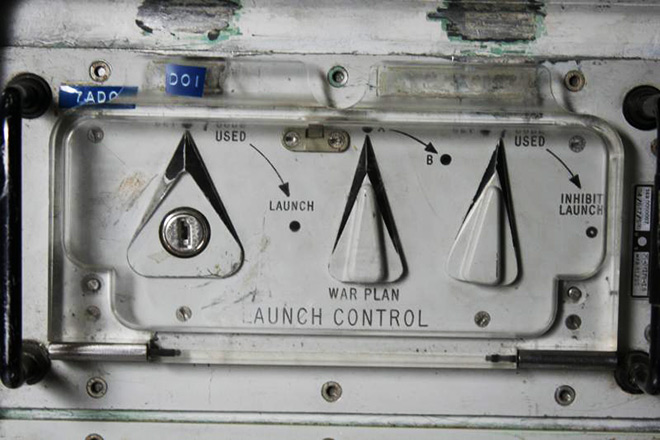 The key insert panel that could have ended life as we know it, at the Minuteman Missile launch facility. National Park Service photo.

Those planning a visit to the site should take note: The park is comprised of three separate locations—the launch facility, the missile silo, and a visitor center—all easily located off of Interstate 90, approximately one hour east of Rapid City. Park rangers offer free guided tours behind the blast door of the launch control facility every half-hour, but because the space underground is cramped, only six tickets are available for each tour. Those tickets go quickly, especially during weekends and warm weather, so be sure to call ahead or stop at the visitor center early for a chance at one of the day’s tours. The missile silo, on the other hand, can be explored by a self-guided audio tour at the visitor’s convenience simply by dialing the posted number on a cell phone.

The extra planning is worth it for a chance to learn more about the uneasy peace that held for decades under the threat of unfathomable terror, all tucked from view amid a region of stunning beauty.