VICTORY: What You Helped Protect at Biscayne National Park

Earlier today, park officials at Biscayne made an announcement that NPCA has been waiting more than 15 years to hear: The park will establish a new marine reserve to help protect its fragile, one-of-a-kind underwater resources. This important step represents the work of numerous environmental groups, scientists, fishermen, and concerned citizens—including more than 20,000 NPCA supporters who spoke out over the years to make this reserve a reality.

Biscayne has been overfished and over-stressed for decades. A marine reserve is one of the most effective and scientifically sound ways to keep this unique ecosystem healthy while allowing people to continue to enjoy the park’s beautiful waters. The reserve will prevent fishing and removing resources along a portion of the park’s coral reef, which is part of the third largest in the world, while continuing to allow for boating, swimming, snorkeling, and diving activities.

#{image.caption}
A queen angelfish.   NPS photo by A. Bourque.

Here’s what advocates helped protect at this premier marine park.

I first explored the waters of Biscayne about eight years ago, while working with a shark research group as a college student at the University of Miami. Swimming through the shallow waters off of Elliott Key to search for juvenile sharks at night, I remember being both terrified and amazed that this extraordinary place existed right off the shores of Miami. Since then, I’ve worked to protect the beauty, biodiversity, and visitor experiences that truly define the character of Biscayne National Park. 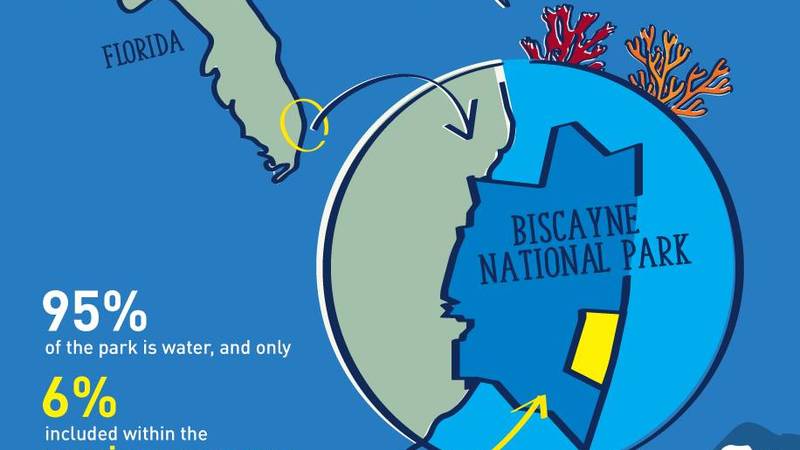 A Marine Reserve for Biscayne?

In the end, we all share the same goal: to ensure a vibrant future for the park and the animals that live there so we can all continue to enjoy it. Today’s victory brings us that much closer to achieving our goal. Thank you for helping to make that vision a reality!