For nearly a century, Anacostia Park in Washington, D.C., has served as a playground for area residents while also preserving a critical shoreline area and protecting the natural scenery and water quality of the Anacostia River. The 1,200 acres of parkland along the river’s banks have seen recent improvements with more opportunities for recreational access, including the Anacostia Riverwalk Trail, a 28-mile shared-use trail that connects 16 communities from the National Mall at the Tidal Basin to Bladensburg, Maryland, as well as the Anacostia Water Trail, a nine-mile scenic stretch of the river for paddlers.

#{image.caption}
The winning design proposal for the 11th Street Bridge Project, by OMA and Olin Studio. Photo courtesy of OMA/Olin.

Now, the newest park that could redefine the landscape of Washington, D.C., is in fact a bridge. The 11th Street Bridge Park is a proposed new signature destination that will be built on the original pillars of the old road bridge crossing the Anacostia River between wards 6, 7, and 8, connecting the Capitol Hill and historic Anacostia neighborhoods.

The concept is inspired by other examples of old infrastructure transformed into parks, such as Manhattan’s High Line Park, Chicago’s 606, and Poughkeepsie’s Walkway Over the Hudson. Planners recently held a design competition with entries from 82 of the top design firms in the world, judged by a panel of experts, community stakeholders, and the public.

NPCA had a chance to discuss the future park with the 11th Street Bridge Park Director Scott Kratz to learn more about how it will redefine the Anacostia River and its national parks. 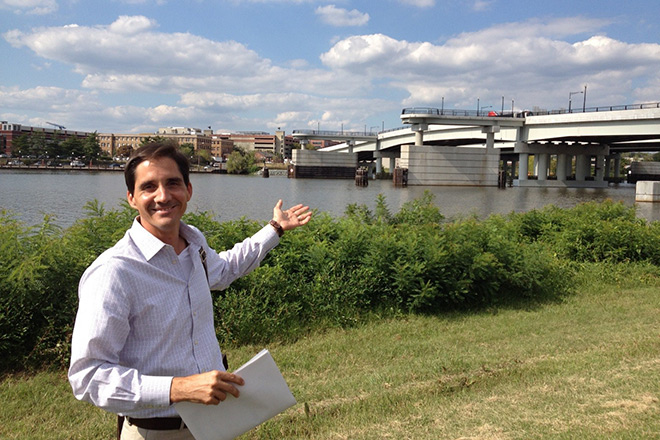 Q: Where did the idea for the 11th Street Bridge Park come from?

A: The idea actually originated from Harriet Tregoning, who was, until recently, the District of Columbia’s Office of Planning director. The 11th Street Bridge had been under construction since 2009, and Harriet had the idea to turn the old bridge piers into a one of a kind elevated park and civic space. At the time, I was the vice president for education at the National Building Museum and I knew this was a great idea and took off running with it.

(Note: Kratz left the National Building Museum in January and is now the full-time director of the 11th Street Bridge Park Project.)

Q: Can you share your thoughts on the winning design?

A: In mid-October, the expert Design Competition Jury selected the proposal submitted by the architectural firms Office for Metropolitan Architecture (OMA) from the Netherlands and the Philadelphia-based Olin Studio. This particular design includes a central plaza, an enclosed café, kayak and canoe launches, an environmental education center, outdoor performance spaces, edible gardens, and elements that combine into a dynamic “X” shape. This concept is simply brilliant in the way they captured ideas we heard from residents on both sides of the river and from across the city. 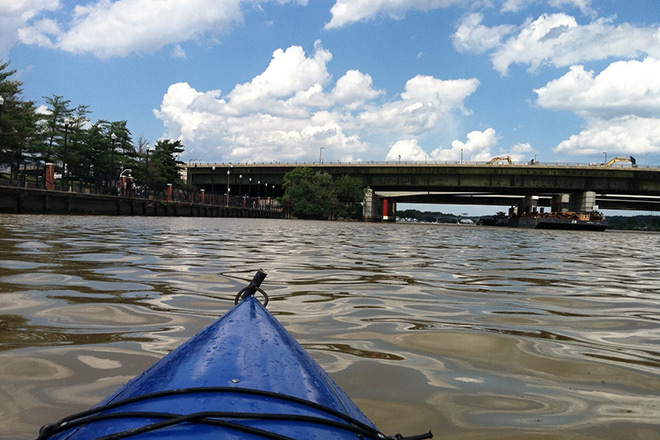 Q: How has the response been from the local community?

A: We have held over 400 community meetings to hear residents’ desires and feedback for the park. There is a large demand for this park from both sides of the river—and certain features keep coming up over and over again—urban agriculture, an environmental center, water access, and community meeting spaces. We have been working to ensure that the 11th Street Bridge Park is an inclusive project and an example of how the public and private sectors can invest in and create world-class public spaces in an equitable manner. We have put together a task force that is compiling a list of policy recommendations for the District that might include making space for affordable housing, artistic overlays, or an increase in historic preservation tax credits. We will have draft recommendations by early next year.

Q: What impact will the bridge park have on the national park and the Anacostia River?

A: We view this park as physically connecting the cultures of two historic, vibrant neighborhoods along the Anacostia, and it will create a gateway for both the river and Anacostia Park. The National Park Service has become a key project partner as we envision the two parks becoming gateways to each other. An essential bridge park goal is to re-engage the public with this urban river, using environmental education to help inspire the next generation of river stewards. Two waterfalls that will be part of the structure will help aerate the river, and floating wetlands will be placed around the piers to help filter the water. We hope that this new park can help actively clean the river. 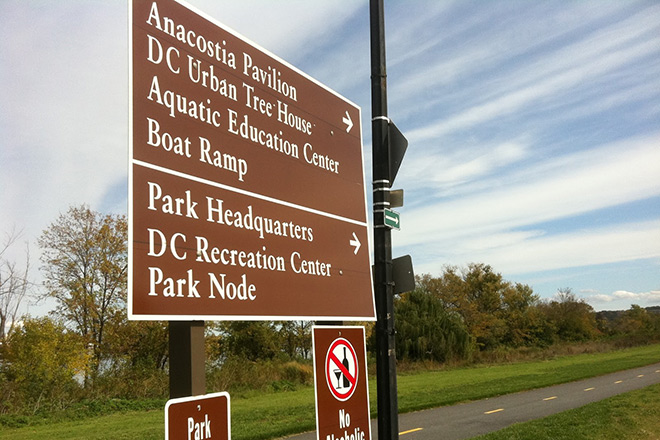 Q: How is this park being funded and what is the timeline for completing this project?

A: This project is a collaboration between the D.C. government and the non-profit Building Bridges Across the Anacostia River at THEARC. The District of Columbia has already committed $14.5 million toward an expected $25 million construction price. We are also planning to raise an additional $10 million endowment. Along with design fees and pre-construction costs, our capital campaign goal is $40 million. An effort is underway to secure those funds, and we hope the newly unveiled design will inspire new donors—both large and small. It is exciting to have an iconic and thoughtful vision that people can see, feel, and touch. Our plan is for the bridge park to be open in the summer of 2018.

Q: What are you most looking forward to about the bridge park?

A: In the summer of 2012, I took two weeks of vacation to run a workshop with local teens. I introduced them to landscape architects, engineers, artists, planners, rangers, and ecologists with the goal to create their own models of what the 11th Street Bridge Park should look like. Their amazing designs continue to be my inspiration. I most look forward to welcoming those kids (who will be adults by 2018!) to the park that they helped imagine.

To learn more about the 11th Street Bridge Park and see the final proposed vision for the park, visit www.bridgepark.org.