A Galaxy Not So Far Away After All

Two national parks in California literally portrayed a galaxy far, far away in the original 1977 Star Wars film and the 1983 sequel, Return of the Jedi.

Creating an entire fictional galaxy requires a range of diverse settings, and Star Wars director George Lucas traveled the globe with his cast and crew to shoot film in a variety of eye-catching locations, including spots in Tunisia, Italy, Thailand, Norway, and Guatemala. 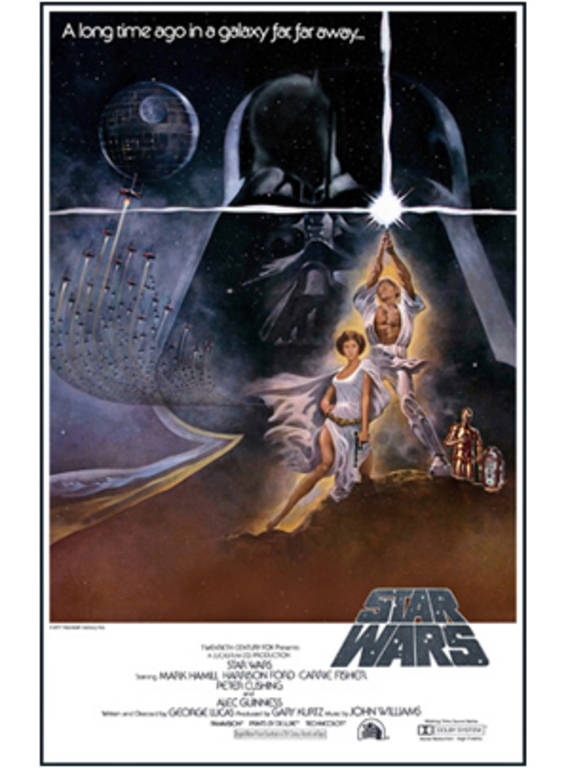 Maybe the galaxy wasn’t that far away after all. The original 1977 Star Wars movie poster.

Some of the films’ noteworthy scenes took place much closer to Hollywood, however. Among the locations used to represent Luke Skywalker’s home planet of Tatooine was Death Valley National Park. In the movie, when C3PO and R2D2 first crash-land on the planet, they part ways in the park’s Mesquite Flat Dunes. When Luke later searches for the runaway R2D2, he is attacked by Sand People in the wilderness area known as Desolation Canyon. And panoramic footage from Dante’s View, one of the most beautiful overlooks in the park, is used to set the scene as Luke and Obi-Wan Kenobi head to the spaceport town of Mos Eisley and meet Han Solo for the first time in its infamous cantina—though most of us visiting this area of the real-life park would probably hesitate to call it “a wretched hive of scum and villainy.”

Fast-forward to Return of the Jedi and the battle to defend the rebel base on the forest moon of Endor. Remember those Ewoks who brandished their spears and helped in the fight against the Empire? Whether you loved them or hated them, their lush forest home was, here in the real world, none other than the Tall Trees Redwood Grove in Redwood National Park.

Of course, George Lucas isn’t alone. Many directors take advantage of the spectacular scenery national parks offer when their cameras start rolling. See this cool list to find out about more famous movies that were filmed in national parks and national forests, and for some geek-tastic travel inspiration, check out these sci-fi vacation destinations you can visit here on Earth, including several other cinematically spectacular U.S. national park sites.